2/2 – This is a story that started about a month ago. Jim had been trying to buy new boots and a warmer down jacket, but having no luck here in Turkey, as he is taller than average with extra large feet. After striking out in Istanbul, Kas and Antalya (stores only stock shoes up to size 45, and Jim needs 48wide, and extra large jacket with a 37 inch sleeve), he gave up and ordered what he needed from Amazon in the US. He had everything delivered to son Peter’s house, and Peter graciously agreed to ship the stuff to us.

After researching, the cheapest way to ship to Turkey was Fed Ex, at about $300.00 for a single box, with four day delivery. The cost to ship was twice the cost of what was in the box! After swallowing hard, Jim told Peter to go ahead and ship, because he really needed the new boots. These would be the most expensive boots ever! During this discussion, I asked Peter to put a new mobile phone in the box also, as mine has been acting erratically, and I didn’t want to be without a phone, which we use to navigate our way around using Google Maps.

So, Peter shipped the box to the hotel we planned to stay at in Konya, and we called ahead to make sure they would hold it for us until we arrived. On the fourth day, Fed Ex called Peter and said there were customs forms that needed to be filled out and duties and taxes to be paid now that the box was in Turkey. More money?? Peter gave them our info and asked them to email the forms to us. When we didn’t receive anything, we called Fed Ex International in Atlanta, and they gave us a number to call in Istanbul.

The Istanbul office had a lady who spoke English, thank goodness. She asked us to itemize what was in the box. We told her clothing and a phone. That brought the conversation to a screeching halt, as it is not permitted under any circumstances to ship a phone to Turkey. 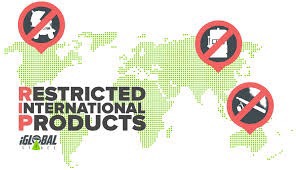 Who knew? We asked for our options, and were told we could either abandon the box, or pay another $300.00 to have the box shipped back to the US. It could not be delivered. No! Jim needed those boots! We asked if they could remove the phone and ship the rest. No. We had to disposition the whole box. We went around several times, and then she told us that we could come to the Fed Ex Customs office in Istanbul and have the box opened and the phone removed. We had to be there in person. Okay!

So, on the day we returned to Istanbul for our flight to Israel, we spent three hours on buses, metro and taxi to get to the customs office. 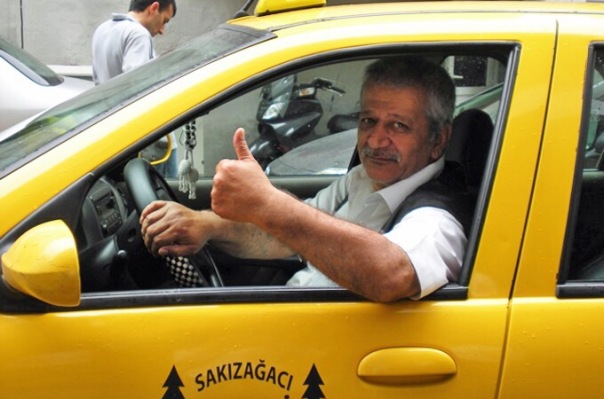 We arrived triumphant at 3pm, only to be told it was too late in the afternoon to inspect the box (their hours were 9am to 5:30pm) , and to return in the morning. We threw ourselves on their mercy, describing our three hour ride. We were leaving for Israel early the next morning, and would not be able to return for two weeks. Fine, we were told, the box would be held until we returned.

So, sadly, we reversed the trip back to the Asian side of Istanbul, which took 5 hours due to evening traffic, so we would be on time for our morning flight. We were exhausted, and Jim was going hiking with bad boots. We figured the day’s transportation had cost us another $50.00. We were demoralized and disgusted. Jim decided to just abandon the box, and we agreed to never speak about the whole incident again.

Then we went hiking in Israel, and every day was a misery for Jim’s feet. He changed his mind. When we get back to Istanbul, he said, let’s try again to get that box.

Our plane landed on the Asian side of Istanbul on Friday, and we took the three hour ride back to the European side, this time getting a room right near the European airport. We cooled our heels over the weekend, then got up early Monday morning so we would be there when the Customs office opened, and took a taxi there.

The girl in the office remembered us, looked up our package and arranged to have it inspected. We walked back to the warehouse and waited while they located the box. The inspector opened it, examined the boots, jacket and phone, and put everything back in the box. He asked to see Jim’s passport and looked at the date of our stamp for entering Turkey. He explained to the men surrounding him (everything is done here by committee) that we had a ninety day visa, and were citizens for that period of time. He wrote out a form and stamped it, and told us to take it to the airport (6 miles away), show it to Customs there, and come back with another document, at which time we could retrieve the package.

We got an address from the office lady, and the name of a person to ask for at the airport cargo terminal. We asked for another taxi, but as we were waiting, a Fed Ex 18 wheeler was leaving the facility, and the security guy asked him to give us a ride. Nice Person of Turkey!

Unfortunately, the truck was not going to the cargo terminal, so the driver dropped us off on the highway in the rain, telling us with hand signs and no English that it wasn’t too far to walk.

It turns out there are LOTS of cargo terminals at the airport, and we trudged from building to building in the rain, showing our piece of paper and asking for help. 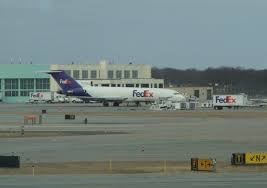 We finally got to the right building and found Meryam, who added more documents and more stamps to the papers we carried. She sent us to yet another building to have three photocopies made of all the forms and Jim’s passport with the all-important date stamp. Then she did some magic stapling and stamping, and told us we were ready to go back to the Customs office.

We walked back out of the airport and onto the main road where we could hail a taxi. Back we went the 6 miles to the Fed Ex office. This taxi driver tried to rip us off for twice what the ride should cost, but we were sufficiently bedraggled, pissed off and surly that we argued and refused to pay his price, giving him a fair amount and walking off with him yelling and waving his fist. We went back in the office and…. It was noon. Everyone had gone to lunch and the warehouse was locked until 1pm. Luckily, anticipating a grueling ordeal, Jim had packed us some sandwiches, so we sat on a bench, ate and waited.

At 1pm, the warehouse reopened, our forms were inspected and approved, and we were sent upstairs for yet another stamp. Then we were walked to a building we hadn’t been to yet. There we waited outside a locked door until the next man-with-a-stamp returned from lunch. Then we were ushered into a queue, where we thought we were waiting for our box. When we got to the front of the line, we were presented an invoice for $103.00 in storage charges for the box! Jim really lost it at this point, but, having come this far, what else were we to do? He reluctantly forked over the cash, muttering about bureaucracies in third world countries, and at 2pm, we were finally handed our box.

What should have felt like a triumph, felt instead like a particularly painful screwing. We decided not to add up all the costs again, but to enjoy the boots, the jacket and the phone and consider this a lesson learned. Why they let us have the phone after all the hoopty-do about it not being permitted, we will never know.

We took yet another taxi to the nearest metro station, and rode three hours back to the Asian side, so we’d be in position to get to the train station in the morning. Now I’ve told the story, and we agreed to never talk about the incident again!