2/3 – Today we bid farewell to Istanbul. We plan to take the high speed train from Pendik (about 20 miles east of the city) to Ankara, then a sleeper train from Ankara to Erzurum. We will travel east across northern Turkey until we reach the border with Georgia. It’s been a grand three months, but our visas are due to expire, and it’s time to move on.

Unfortunately, Jim was not able to book our train tickets online, so we got up early, walked to the train station and hoped for the best. The news was not encouraging. Both of today’s trains to Ankara were sold out. When we expressed dismay, the man, with very little English, managed to convey to us that a few business class seats are held until thirty minutes before the train departs. We sat patiently waiting for an opening on the 10:30 train. No luck. He told us to come back at noon and try again for the 12:45.

We went and had a doner sandwich, and the lovely salty yogurt drink Ayran. At 11:45 we returned. Where was our guy? We saw him outside talking on his mobile. What if he’d forgotten us? What if he was on his lunch break? At exactly 12 noon, he opened a side door and motioned for us to follow. He led us upstairs to an office with a computer, where he printed out our tickets to Ankara without our having to stand in line. Nice person of Turkey! He asked our ages, then gave us the business class seats at half price with a senior discount. Then he looked at the second leg of the journey. All the private sleeper cabins on the overnight train were booked, and there was only one couchette (4 bunks per cabin) left, in the men’s section. Jim took the couchette, and I got a seat in coach, where I will spend the night trying to sleep sitting up. Well, at least the seats are more comfortable than I would have on a plane…

The high speed train got us halfway across the country in four hours. 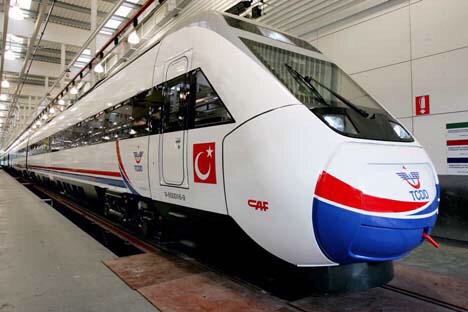 The scenery did not disappoint, and we business class travelers were served soft drinks, coffee or tea, and were given a box lunch and a Snicker bar. Life is good! 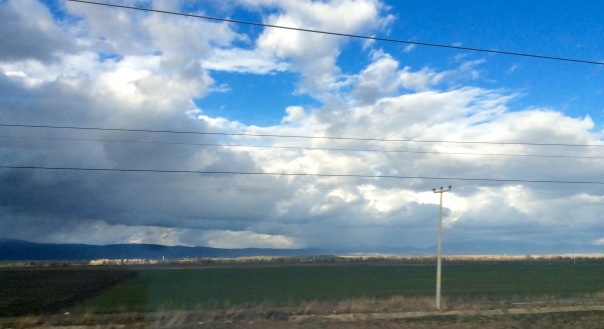 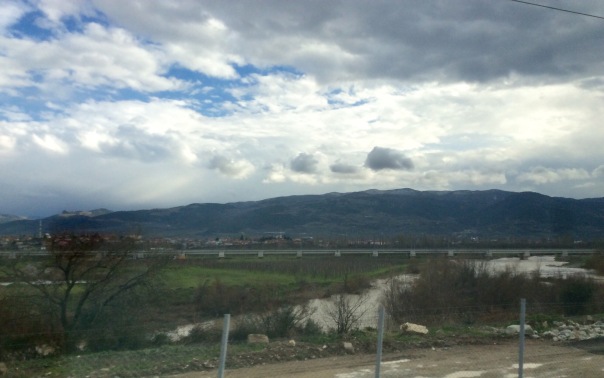 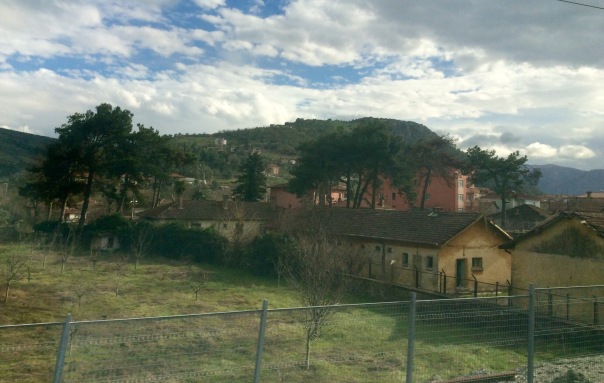 Here’s the sunset as we approached Ankara. 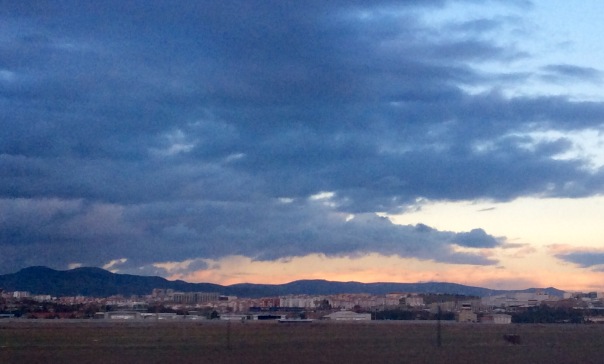 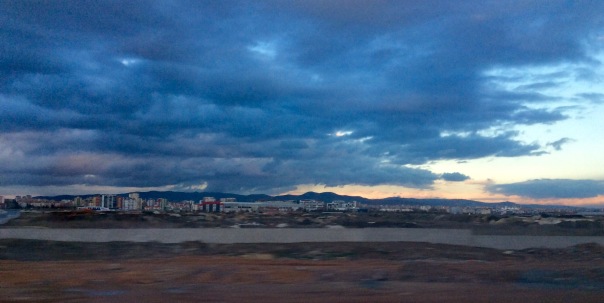 We had a half hour layover before boarding the Dogu Expressi at 6pm. 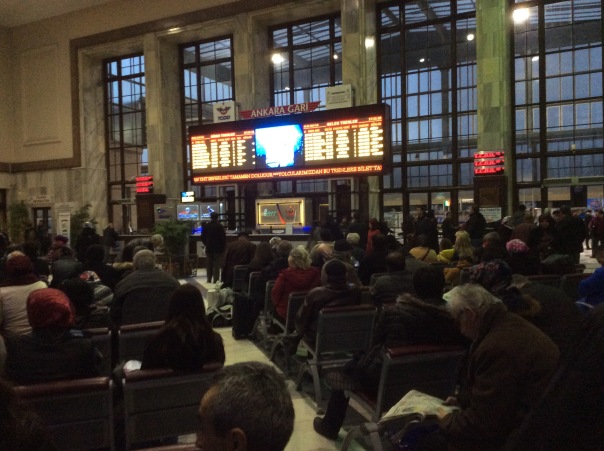 Making stops in every town, we’ll get across the other half of the country by 2pm tomorrow. I settled into my crowded coach car, listening to a hundred phone conversations trying to outshout the crying babies. Sheesh! I bet Jim was having a fine, quiet time back in the sleeper car!

We met for supper in the dining car at 7, and had a pretty good and reasonably priced meal of chicken shish kabob and rice. We asked for tea, and were told that tea would not be available until 8pm. Now that is very strange – Turkish people live and breathe tea, and it is always offered at any time of day or night! Oh well, we waited until 8, asked again, and were given our tea.

Sleeping wasn’t too bad – just like the olden days of air travel, I found two empty seats side by side and stretched out across them, with my feet in the aisle. At the next stop, however, a person had a ticket for my claimed seat, so I had to move. Then I saw another passenger turn the seat across from him around so he could put his feet up. That looked like a great idea, so at the next stop when the car emptied a bit, I did that too. I was awoken every hour as the conductor called out the next stop, but it really wasn’t bad. 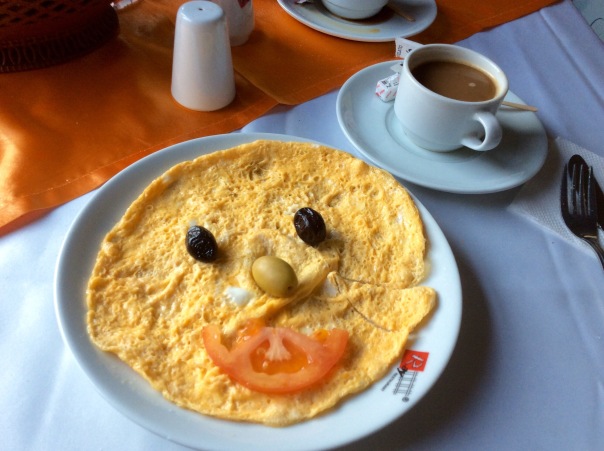 It turned out that there was only one other man in Jim’s cabin, and he got off in the middle of the night, so Jim now had a cabin to himself. I wasted no time moving my stuff back and settling in.

We had passed through some regions of deep snow during the night, but this morning’s views looked wintry but nice. 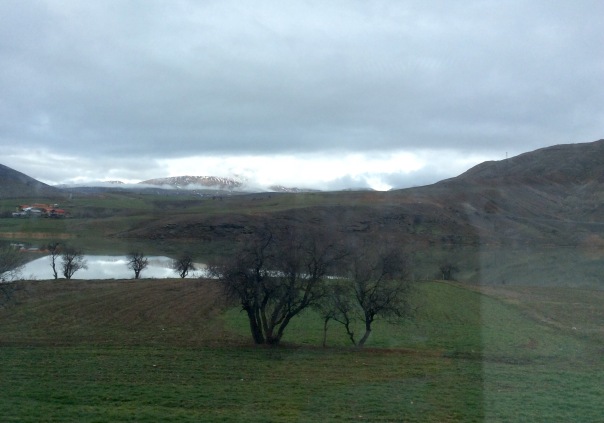 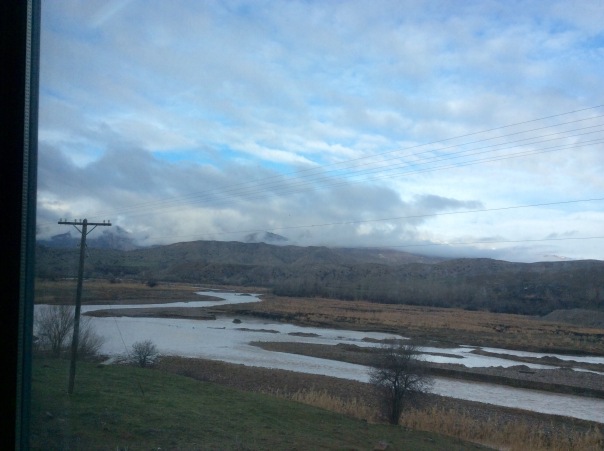 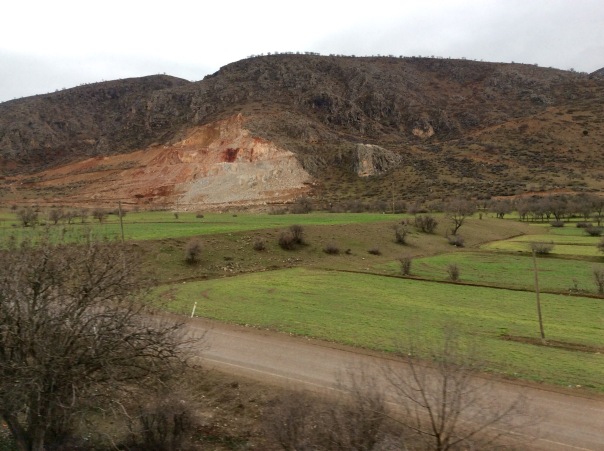 As the morning progressed, the views looked colder. 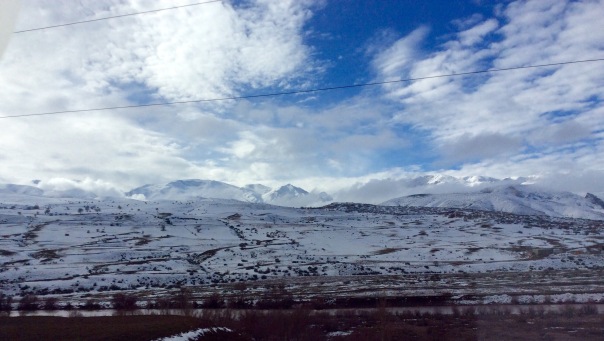 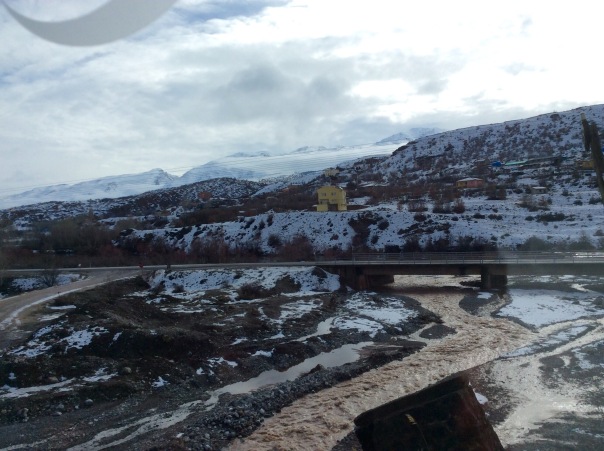 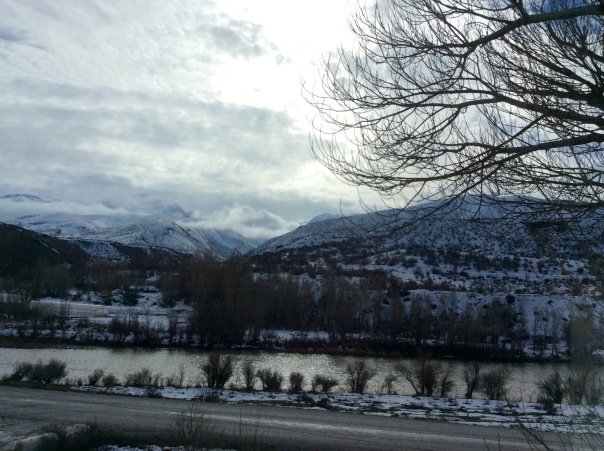 At 2pm we got off the train and trudged a half mile through yesterday’s snow and today’s slush to find our hotel. Next stop, Georgia! 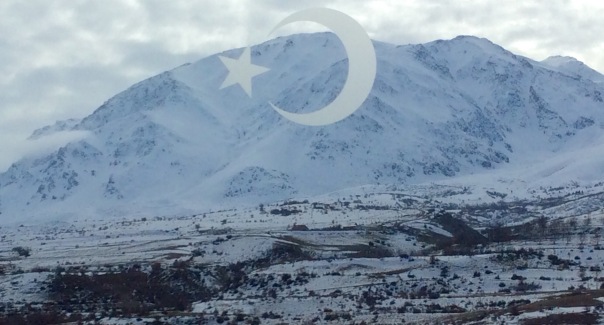