12/12 – Woke up to the patter of rain on the roof, after a rocky night’s sleep (there is an honest-to-god disco next door to our hotel, and the Turkish hits just kept coming until 2am!). We contemplated changing our plans for the day, but while we were eating breakfast (olives, tomato, cucumber, feta cheese, bread and a boiled egg) the sun came out. Yay! It’s off to the thermal pools!

The thermal pools put Pamukkale on the map. Tourists come year round to take off their shoes and walk up a hill of white travertine while their toes experience pools of water ranging from icy cold to steamy hot.

Here’s where you must take your shoes off:

It was a chilly morning (55 degrees), but this is not snow – the hill is made of calcium carbonate deposited by the water from the pools.

Although the sky was turning increasingly gray, the pools were a lovely shade of blue.

The farther up we walked, the warmer the water became until steam was rising above the pools. 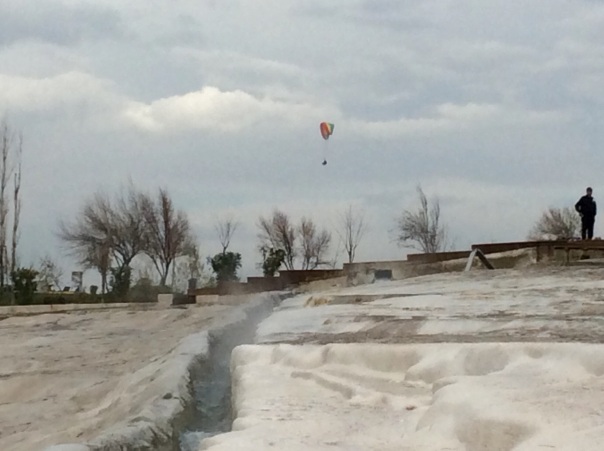 At the top of the travertine is the start of the ruins of Hierapolis, which means Sacred City. These ruins are not as extensive as those in Ephesus, and showed less white marble, but had many similar features. There were no crowds at all.

The sky was quickly turning dark, so we made a beeline for the top of the hill, to see the tomb of the Apostle Philip, just discovered in 2011.

Here is the tomb, made of white travertine block: 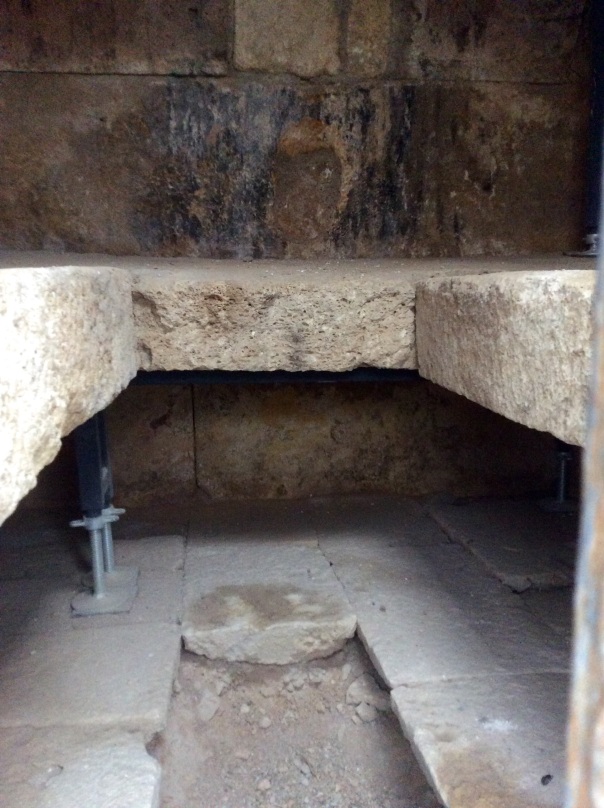 The Church of the Sepulcher was erected around the tomb in honor of Philip in the 5th century. 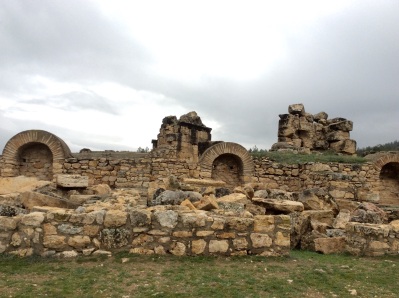 In addition to the church, there is a martyrion, which contained 36 little cells around the outside. Pilgrims slept in one of the cells overnight, and healing would occur while they slept. I’d never heard of this. Here is the picture from the descriptive sign at the site: 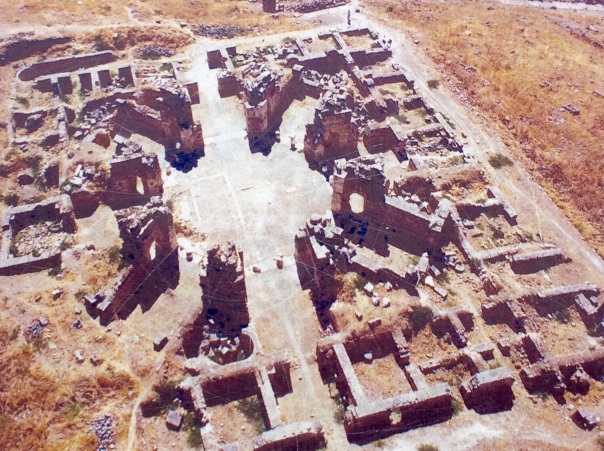 As we contemplated Philip’s resting place, the sky opened and the rain poured down. It was a cold and slippery walk back down the hill.