12/13 – Our transport worked like magic this morning – as we left our pension for the bus stop in Pamukkale, a dolmus pulled up and the driver asked if we wanted a ride to Denizli. Yes! Getting out of the dolmus at the Denizli bus station (otogar) 20 minutes later, we were just asking the driver where to buy our next ticket when a man came over to say the bus to Fethiye was just leaving – did we want to jump on? Yes!

The bus had to climb some serious mountains to get to Fethiye. Here’s what we saw out the bus window: 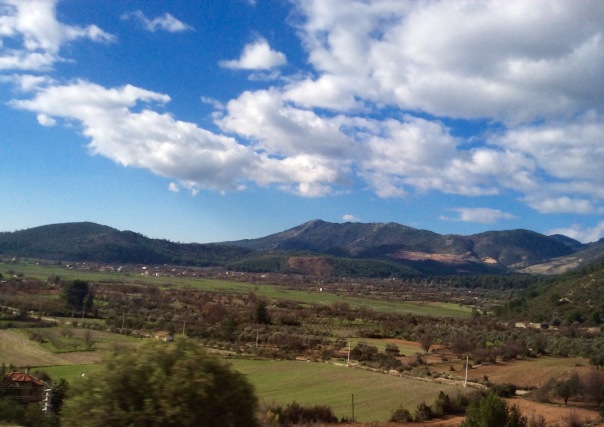 Four hours later, we arrived in Fethiye, right in front of a cafe where we had a delicious traditional lunch of gözleme – pancakes filled with spinach and feta cheese. 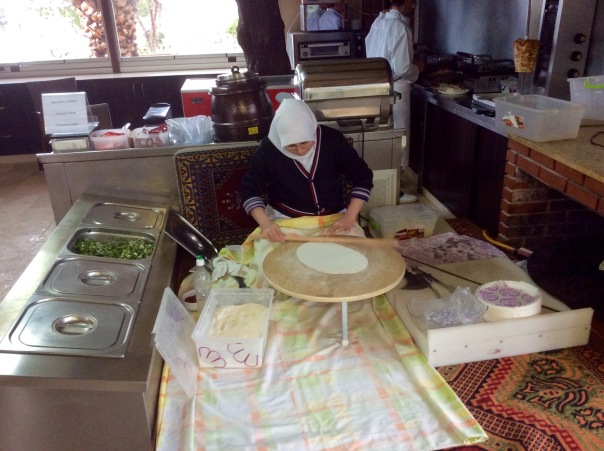 We asked where to catch a dolmus to Ölüdeniz. Right on the corner! In 10 minutes we were on our way, and I turned on my GPS to see how far we would have to walk from the town center to get to our new apartment. The dolmus was going right down our street, so we yelled Dur! (Stop!) and he let us off right at our front door!

So here we are in a sunny apartment with our own kitchen, right down the road from a produce market, a butcher and a Wishy Washy. Who could ask for more? 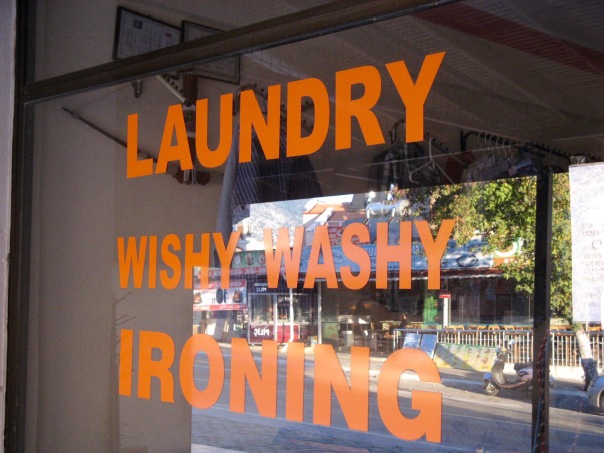 Here’s the view from our balcony: 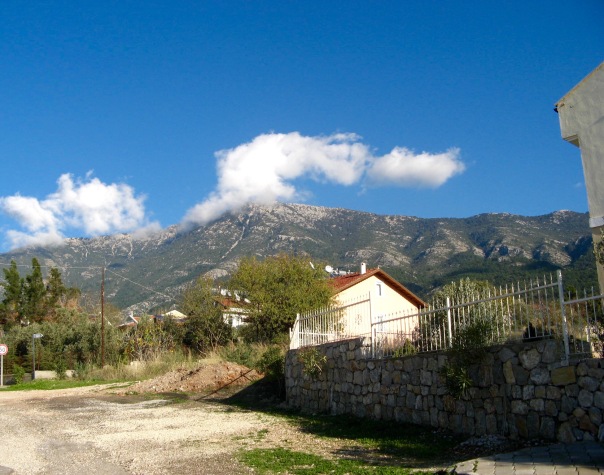 We’ll be spending the next month or so in southern Turkey, hiking, relaxing and hiding from winter as much as we can. Stay tuned!