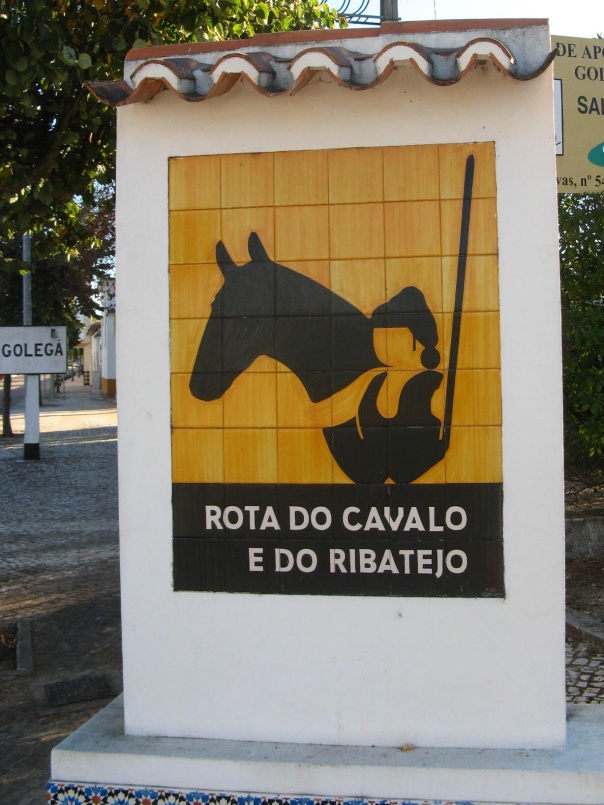 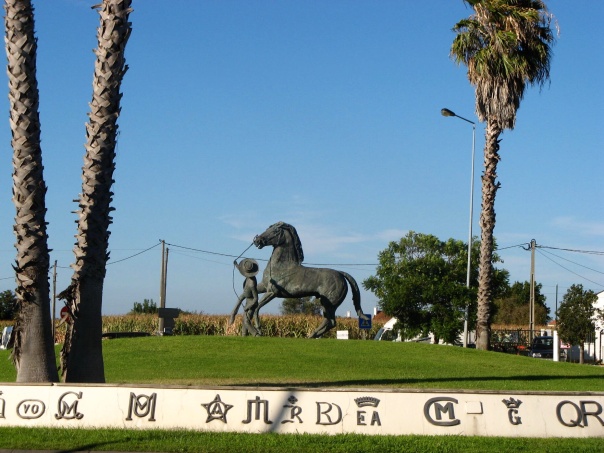 9/3 – our original plan for today was to walk 15 miles north, which would give us a short 5 mile walk the following day. Our host Mario suggested a different plan: walk 7 miles north today without our packs, take the train back to Santarem, then reverse the process tomorrow, giving us a 13 mile day. This sounded like a good idea for us, plus it would give Mario another night of our business.

Santarem is a confusing town with many little alleyways, and the maps don’t show all the streets, so we had a challenging time getting out of town in the morning. This is the last time we will see blue arrows for the pilgrimage to Fatima, as those pilgrims are now walking in the opposite direction: 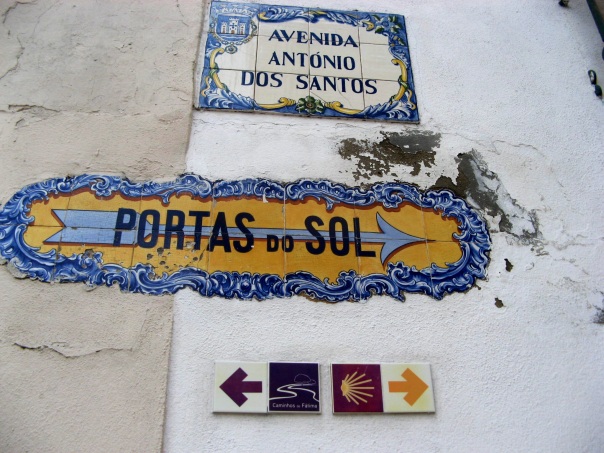 There are several old churches with interesting architecture: 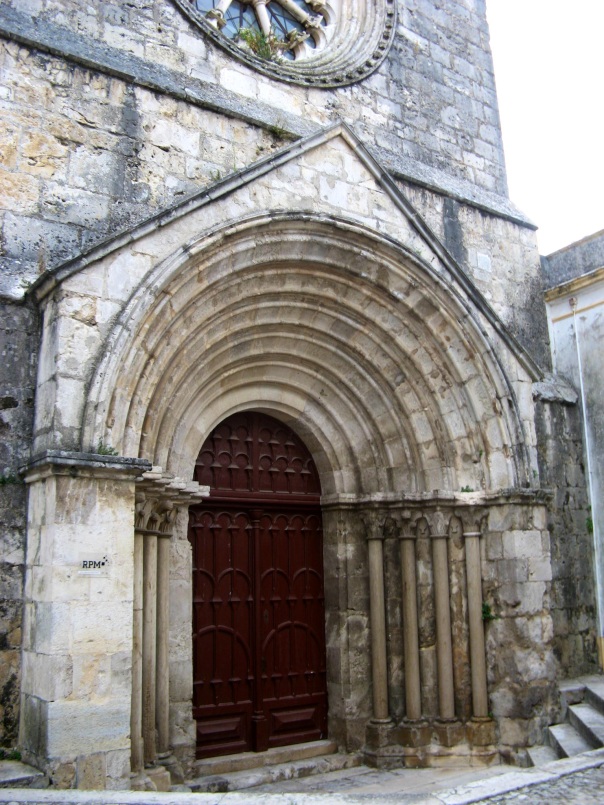 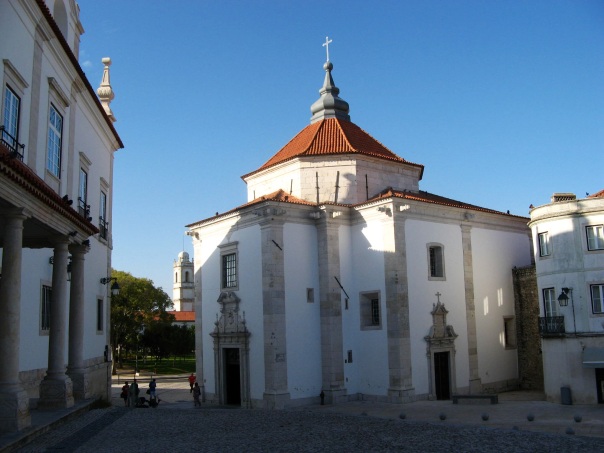 The cathedral had an open square inside, with palm trees growing within!

It was a foggy morning, and the view from the summit of the hill, where the old castle walls stand covered in morning glories, was breathtaking: 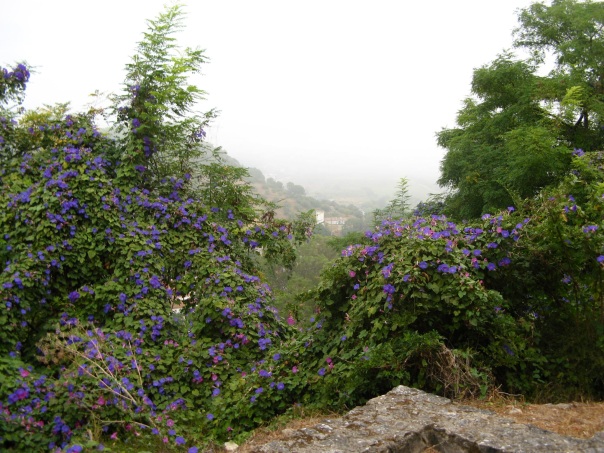 We shared the path for a while with Robert, a Pilgrim born in the U.S. but lives in France. Then we were back on dusty sand tracks, looking at today’s crops of peppers, corn, grapes and olive trees:

We reached the sleepy little town of Vale de Figueira by 11, and assumed we would be able to find the train station, either by hearing trains, seeing tracks, reading a sign, or asking helpful townfolk. No such luck! Google Translate gave us the Portuguese for Train Station, but the townfolk looked at us like we were speaking Martian. Then we tried making Choo Choo sounds, but that really didn’t help. Jim determined from our small map that the station was on a different road than the Caminho, but as soon as we turned left, EVERYBODY became a Nice Person of Portugal; pointing, prodding and gesticulating that we were going the WRONG WAY!

We found the station eventually, and in a half hour we were back in Santarem. Here are some of the lovely tile mosaics at the train station:

Tomorrow, we hoist our packs and head for Golega!