9/5 – we walked out of Golega this morning, and ran into this fellow sitting on a bench:

Our guidebook always tells about the historic church in town, but the churches are seldom open. Here’s Golega’s 16th century church: 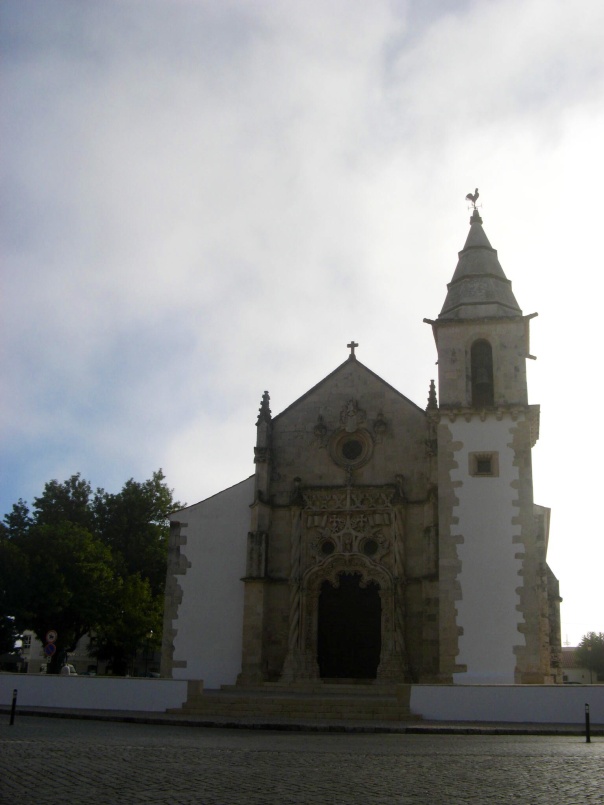 As we walked in the early morning, we came upon a little old lady peering down into the dirt beside the road, and occasionally picking something up and tossing it in her shopping bag. When we got close enough to inquire, she showed us a bag full of snails. Sure enough, as we walked along the highway, we could see lots of snails, and picked some up to give to her. Jim asked to take her picture, but she started yelling, so we moved on… 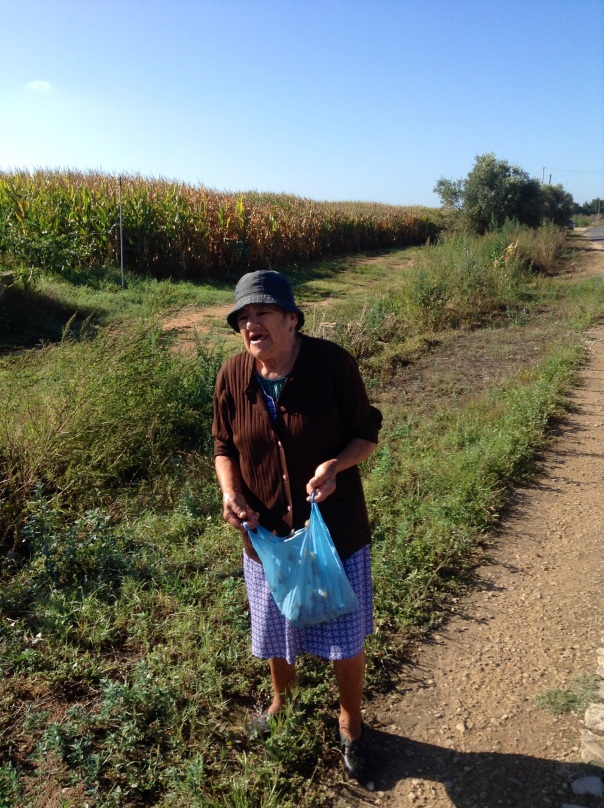 Today our walk is only 7 miles, to the tiny town of Atalaia, which boasts one restaurant, and one very nice B and B.

When we got to Casa do Patriarca a little after noon, we read the sign that said checkin wasn’t until 2, and breakfast would not be served before 8:30. We started to fret, as we really wanted a cool shower, and if we can’t leave at 7am we’ll be walking in the hottest part of the day. Our gracious hostess, Senhora Oliviera, put our fears to rest, saying the sign was for the tourists. We are Pilgrims, and can have whatever we want! And, she ran our laundry through her washer for us! Another Nice person of Portugal!

A note that I may have already mentioned, but no one has electric clothes dryers here. We found this true also in Ireland, Spain and Italy. Even hotels hang their sheets and towels outside to dry.

The B and B has a lovely back garden, and we ate our lunch in the shade: 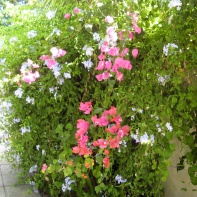 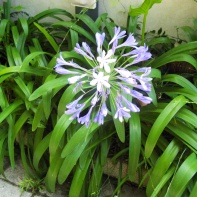 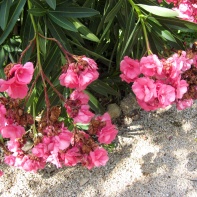 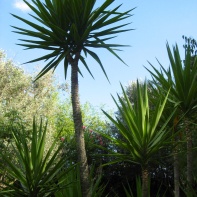 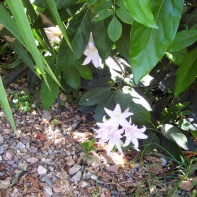 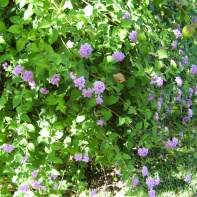 Now here is a question: we’ve been seeing this fruit tree growing all over, and no one can tell us the name of the fruit. It looks like an apple or a pear, and is edible but not sweet, with an astringency that makes your mouth pucker. We’re told that they are used for making marmalade, but not eaten out of hand. What is it? Eliese?? Anybody??

For supper we walked to the only restaurant, where we saw this sign in the window: 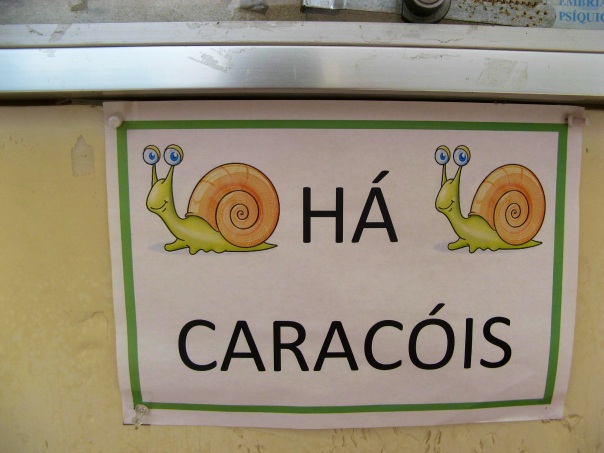 Now, you know we had to order snails for dinner! Maybe these were the very ones we picked this morning! Jim ordered a snail appetizer, and we expected maybe six snails on a plate. Instead, the waiter brought like a gallon of snails, and some toothpicks. You just stick a toothpick in the shell and haul the little slimer out, then suck the garlic and butter out of the shell. Yum! 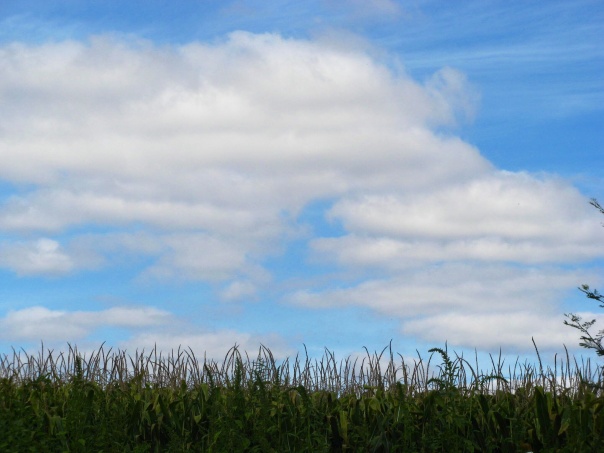 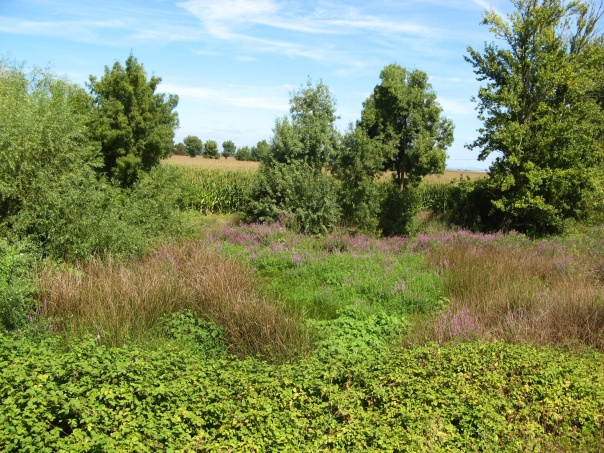