Feb 14 – For those who wish to see this city, know that the Zona Coloniál is very compact and easy to navigate. We understand that most tourists spend one day here, on their way to or from the beach, but our guidebook has a walking tour that will take us to every interesting thing, so that’s what we are doing.

There is a pedestrian-only central street with lots of shops and restaurants. 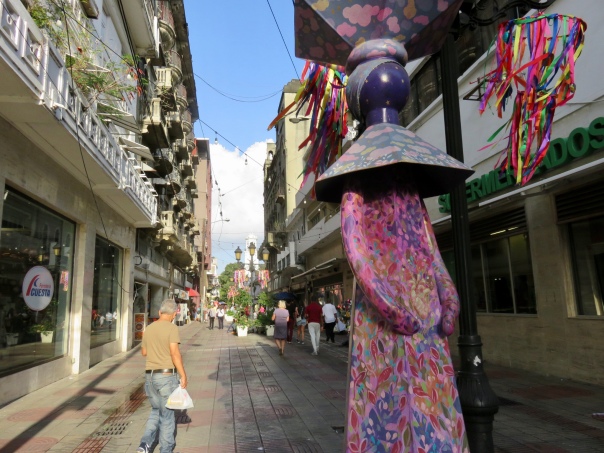 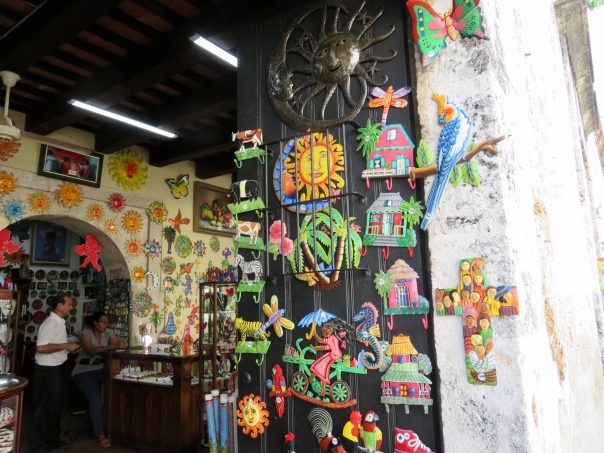 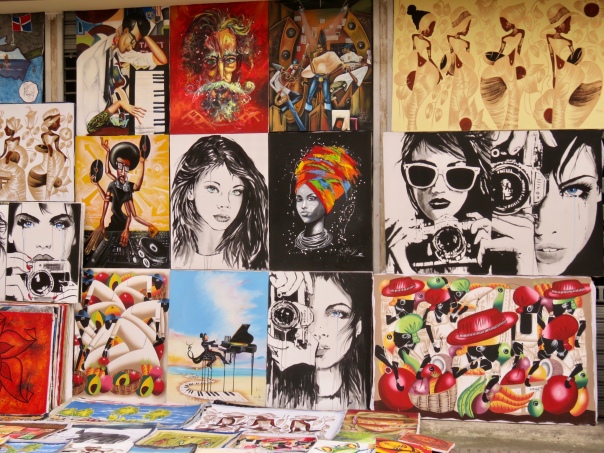 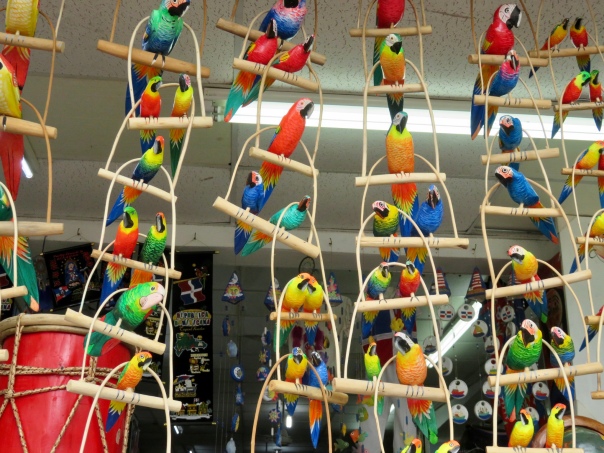 There are lots of churches, but many are closed. Here’s Nuestra Señora del Carmen, with a historical facade and a beautiful black wood altar. 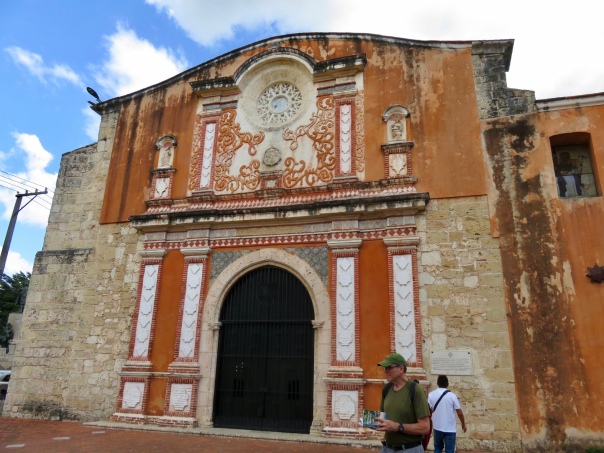 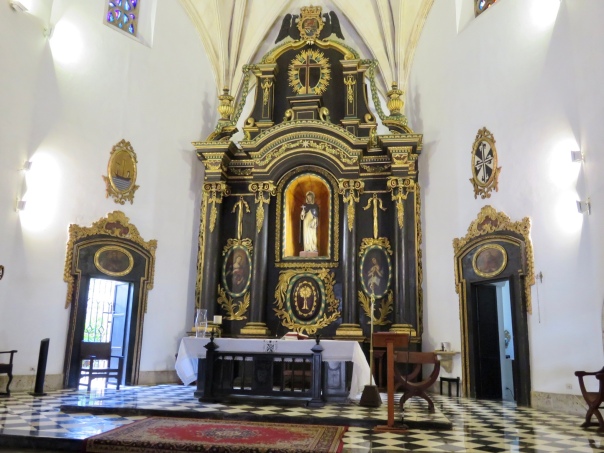 This is the Iglesia Regina Angelorum. I liked the painted fresco behind this statue. 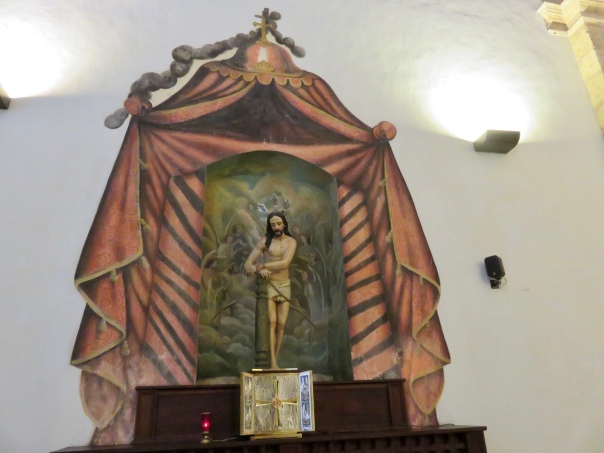 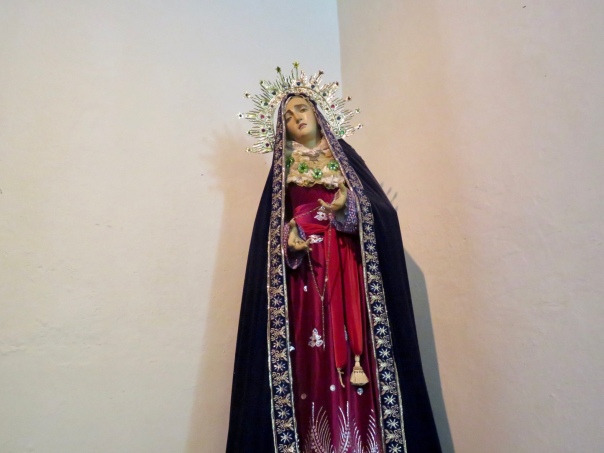 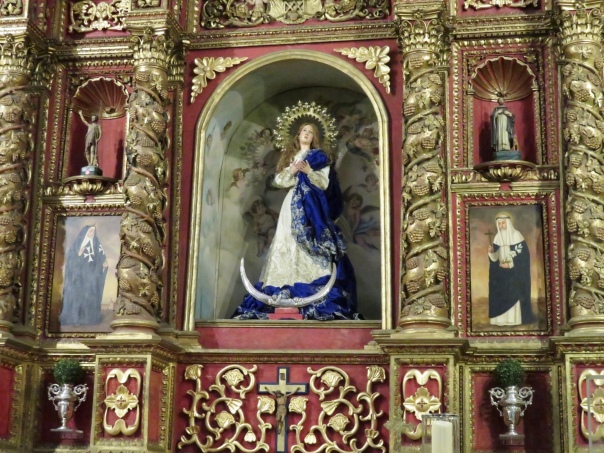 The first ever fort built in the new world (1502), Fortaleza Ozama, contains some of the timber from Columbus’ ship the Santa Maria. It overlooks the Rio Ozama, and for a while it was actually the tallest structure in the Americas. 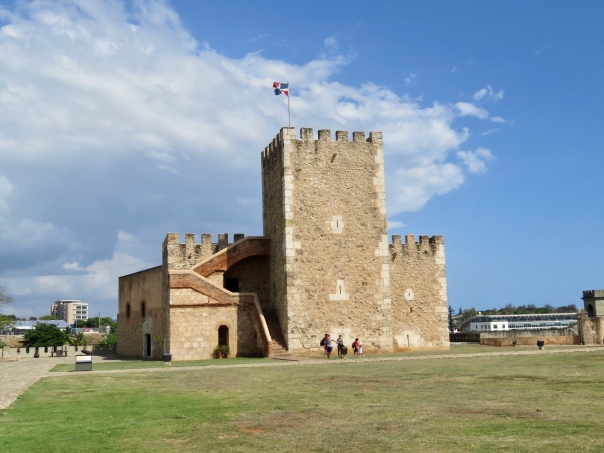 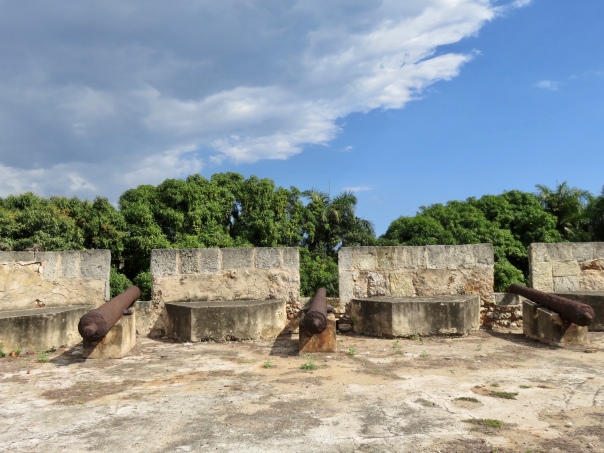 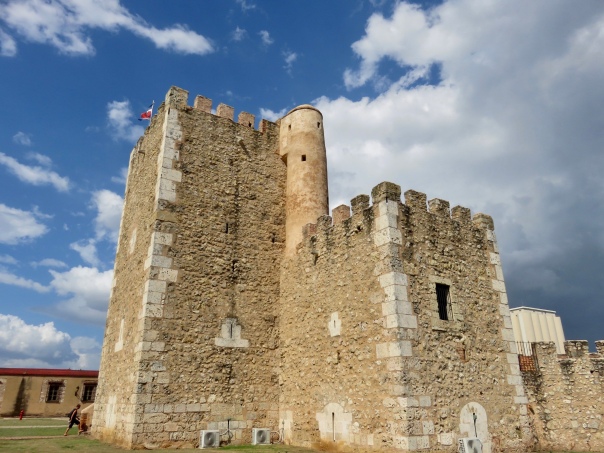 The Pantheon of the Fatherland is a former church that serves as a mausoleum for important military figures in Dominican history. I was happy to see a number of females included among the busts of important people. The big three heroes, Duarte, Mella and Sanchez, have full sized statues in front of their crypt. 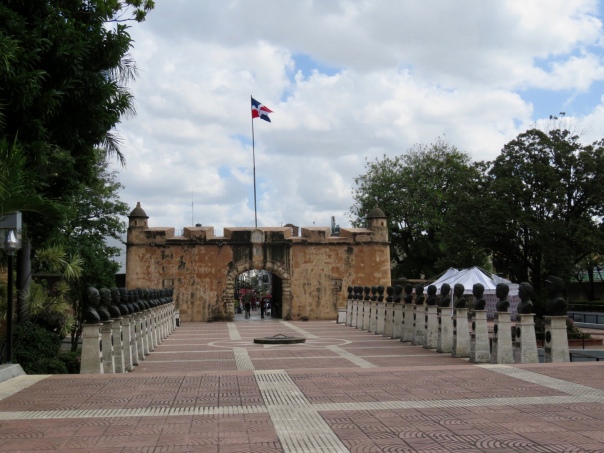 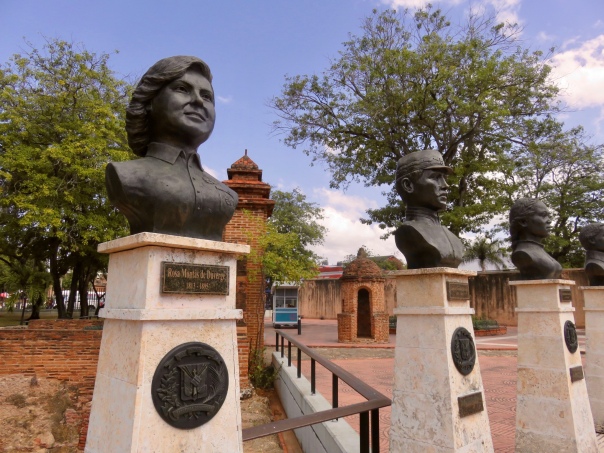 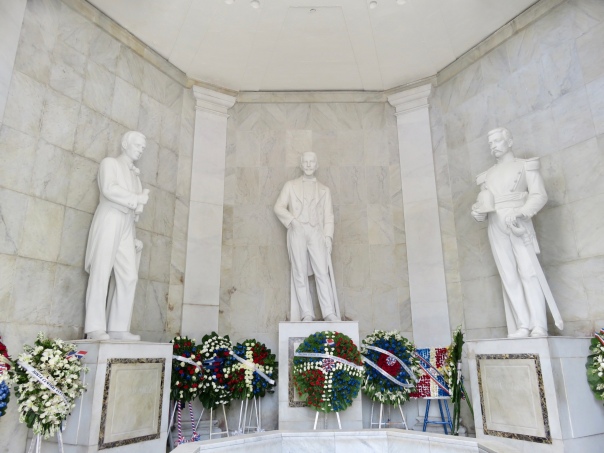 The Museo de Casas Reales had an interesting display of an early pharmacy, including a still used to make potions and a cabinet used to store medicinal herbs. As many could not read, the cabinet was painted with a picture of what each herb looked like and the tree or shrub on which it could be found. 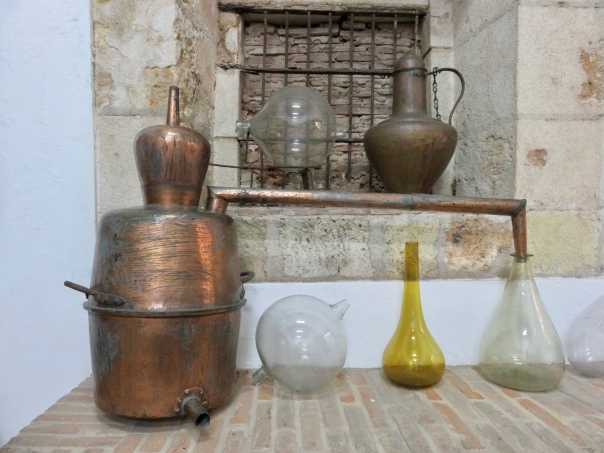 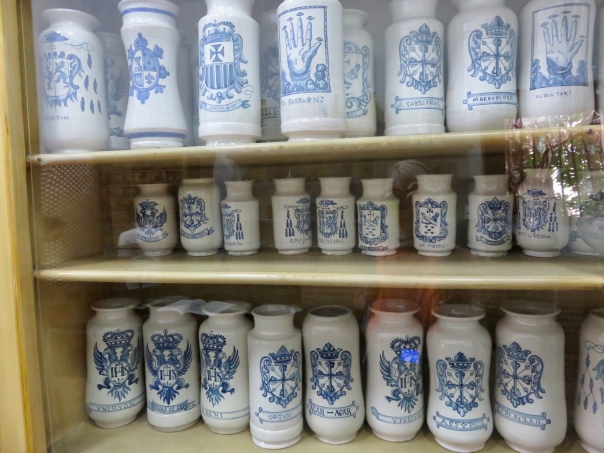 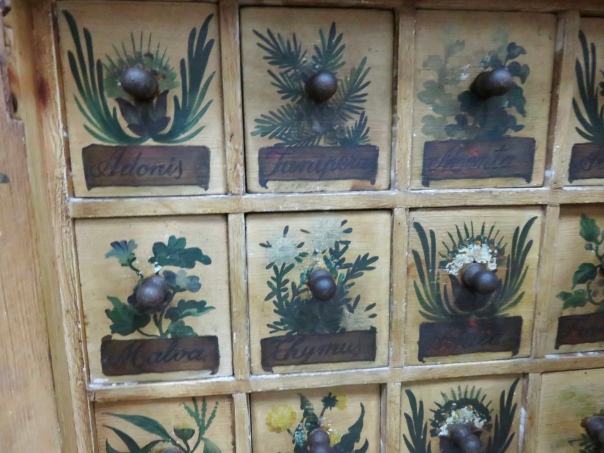 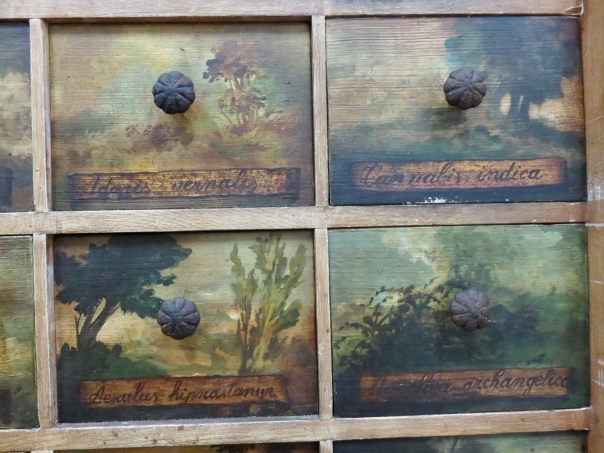 The Museo Alcazar de Colón was the residence of Christopher Columbus’ son Diego, who was the Viceroy of Hispaniola, and his wife Maria de Toledo. It contained artifacts from Columbus’ family. His office displays a modern painting of Christopher and Diego. The deteriorating statue depicts Maria de Toledo, who ruled Hispaniola whenever her husband was out seafaring and exploring. She was said to have been compassionate to the indigenous people. 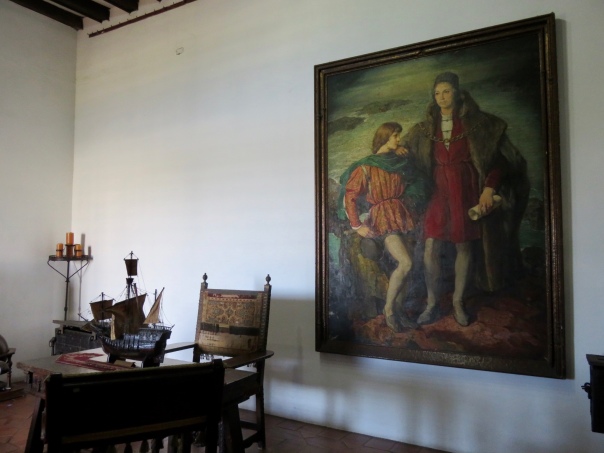 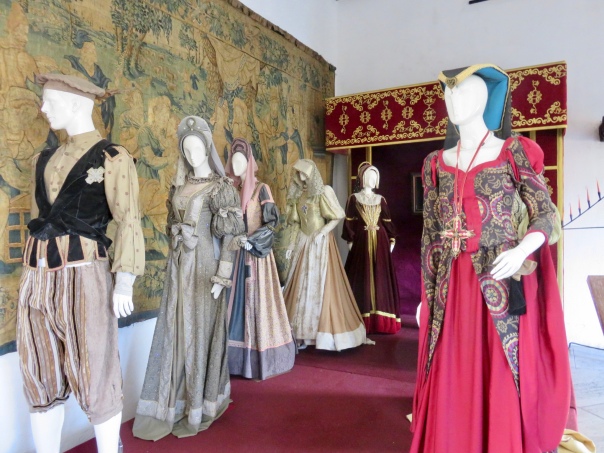 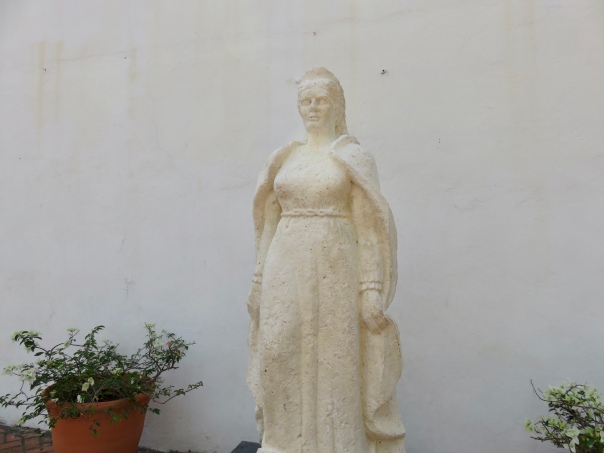 Feb 16 – today was the municipal elections, which were canceled midday due to problems with the electronic voting machines. Sound familiar?

Tomorrow we will bid adios to the city of Christopher Columbus’ brother, and head north to the beach! 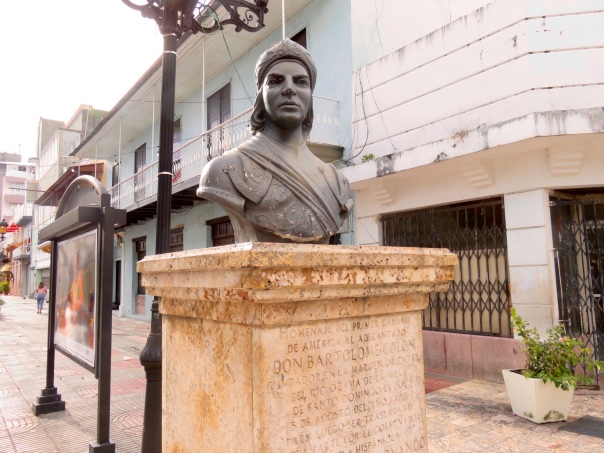 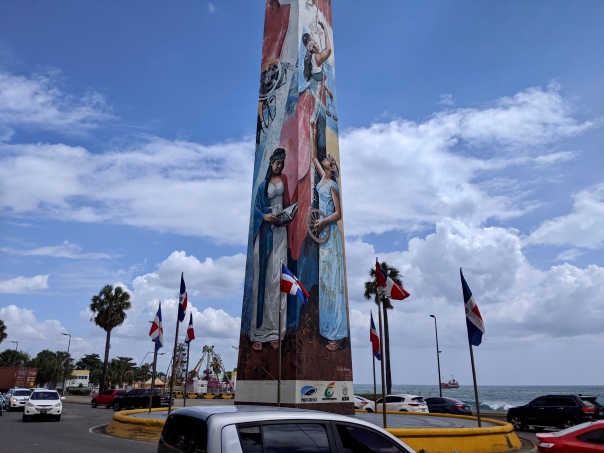