June 21 – Happy first day of summer to you! Our morning weather check let us know we would have sunshine for our walk today, but it was currently 34 degrees F! 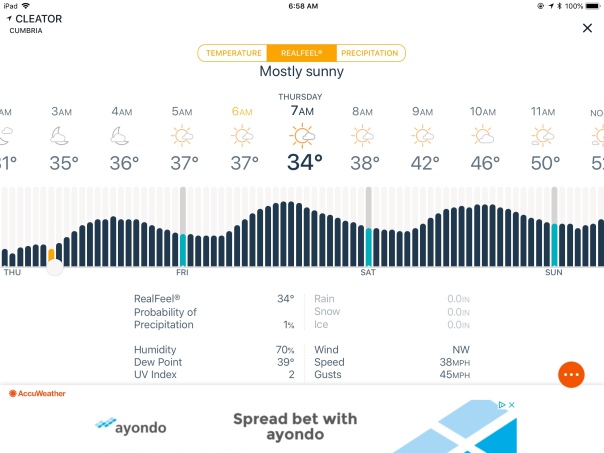 Our objective today is to climb Dent Fell, which has the steepest descent of the entire walk. Sounds like fun!

We left Cleator (pronounced Cleeta) after sharing a full English breakfast. Really, one meal is more than enough for the two of us! The hotel used to be a girls boarding school, as you can see by the door: 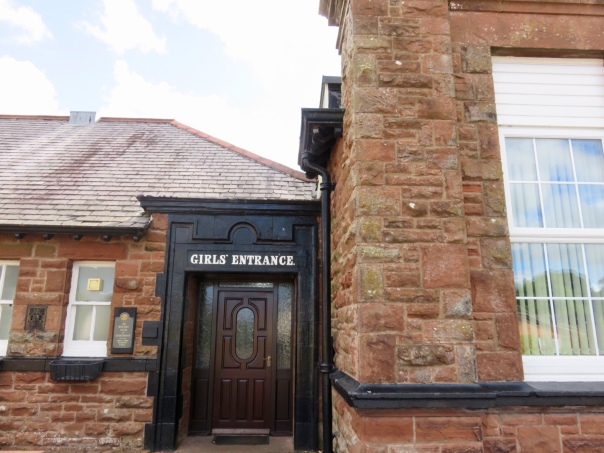 The morning is bright and sunny. Dent Fell looks like a gentle little hill in the distance. A fell is another name for hill or high moorland.

Isn’t there a Bible verse about the cows lying down with the sheep? Maybe not.

The path up the fell was a gentle climb through dark piney woods:

Then a steeper climb following a rock wall: 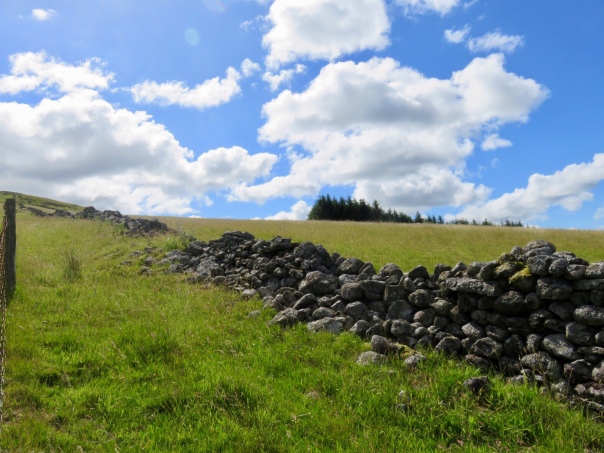 Some backward views of the land below: 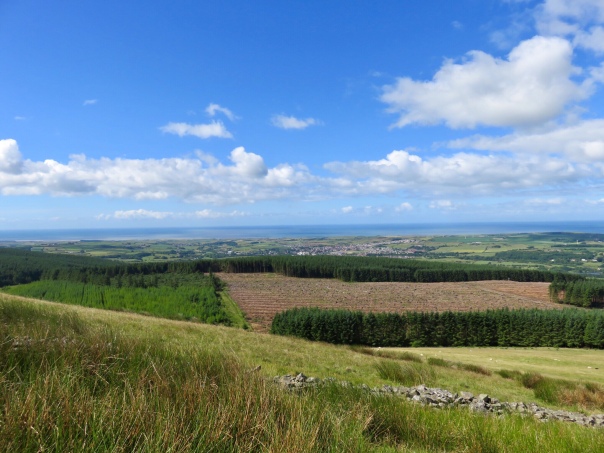 And then we reached the cairn on top – easy peasy, cool and breezy! 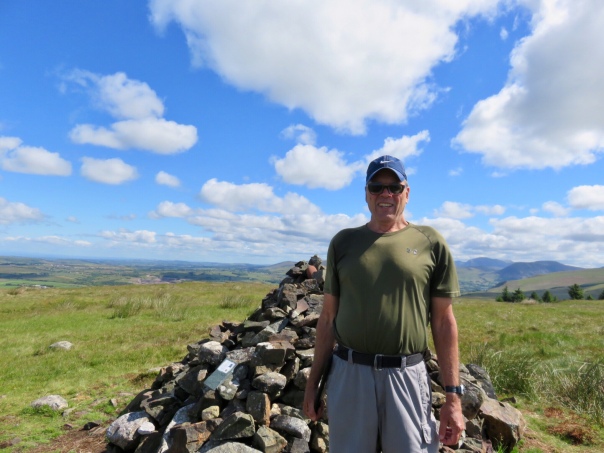 We started to descend, congratulating ourselves on a job well done. 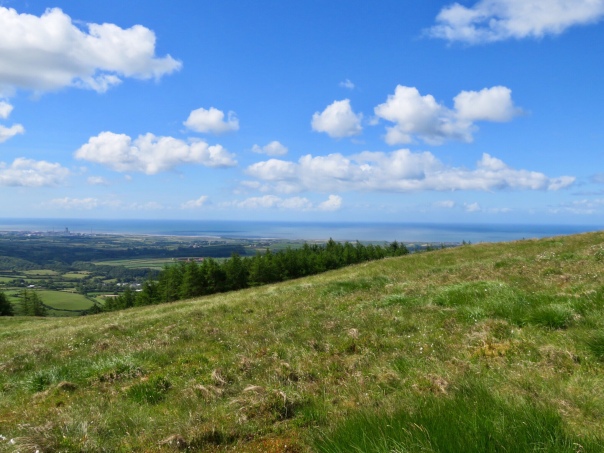 Then we reached the tallest stile so far, and the descent got interesting.

The descent was so steep, I had to turn sideways, mince down using baby steps, and depend on my walking sticks for balance. No pix here – too scared!

After a really long time, we reached the bottom and the path leveled off. Dent Fell didn’t look so gentle from this side! 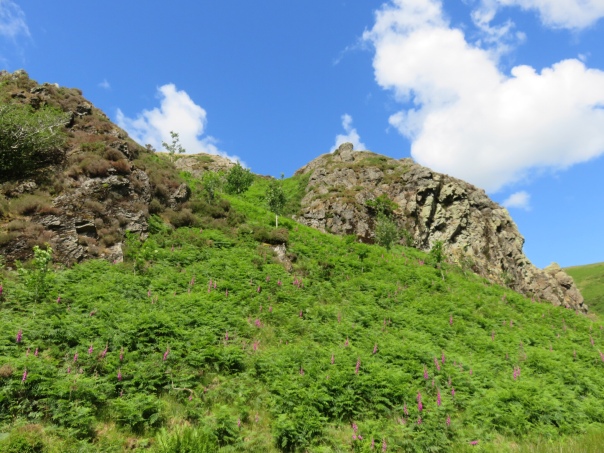 Tonight’s B&B is a farm two miles out of town, so we were advised to get a meal while we were in Ennerdale. Fish and chips and a pint really hit the spot after our walk. The beer here is named Wainwright’s, after the founder of the Coast to Coast Walk. Find your mountain!