1/19 – It’s time to say farewell to Konya, and move on. We hopped on a one hour Pegasus flight to return to the Asian side of Istanbul. Istanbul is a transportation hub, and we opted to fly to Israel instead of traveling overland. We will be in Israel for 10 days. It will be good to get back where it’s warm! 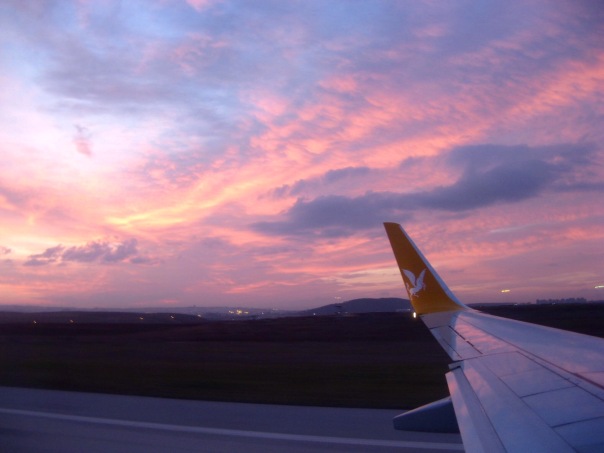 We landed in Tel Aviv two hours later. The Ben Gurion Airport is big and sparkling. All the signage is in Hebrew, Arabic and English.

We passed through Customs and requested a paper visa instead of a stamp on our passports. Some countries refuse entry if you have an Israeli stamp in your passport. We’re not planning to visit any of those countries, but got the paper visa just in case.

The train station is right next to the airport, and we caught the 10:05 train to Haifa. The 90 minute ride put me right to sleep, so I didn’t get any pictures – sorry! Haifa is on the Mediterranean coast, with lots of beach, and looked very pretty from what little we saw from the train.

From Haifa, we caught the bus to Nazareth, and in an hour we were in the place where Jesus grew up. The bus let us off at the Basilica of the Annunciation, the very spot where Gabriel told Mary she would become the world’s most famous teenage unwed mother. 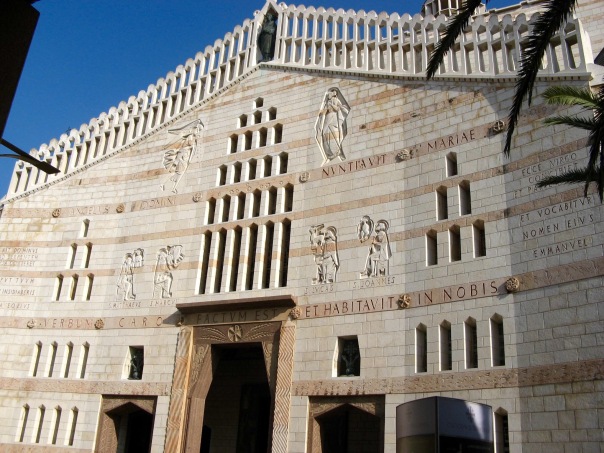 We will explore in more detail tomorrow.

Our goal today was to get to the bookshop that sells the guide for the Jesus Trail, that we will walk over the next few days.

Jim asked the proprietor her heritage, and she explained that she is Arabic, and that Nazareth is an Arabic community, the largest in northern Israel. The Arabic name is An-Nazeera. She said they used to be Palestinians, but when their grandparents agreed in 1948 to live in the new state of Israel (so they could keep their homes), they became Arabs living in Israel. She taught us our first words in Arabic: Marhaba for hello, and Shukara for thank you. These are similar to the Turkish words! We have found that these are the words we need most often, and we’ll get a lot of practice this week.