July 18 – Although I don’t usually talk much about our B&B hosts, today is my exception. Rosie Reeves has been running her B&B for thirty years, named one of the best hosts in England, honored at a tea with the Queen, and participated on the English reality show Three in a Bed, where B&B hosts vie for top hospitality honors by critiquing one another’s establishments (she was first runner up). She is full of life and energy, despite recently breaking a leg and hip. She also serves an excellent Full English breakfast. It was a pleasure to meet her.

As part of her service, Rosie drove us to the edge of town, shaving a mile off our 15 mile day. Great start! Up the hill… 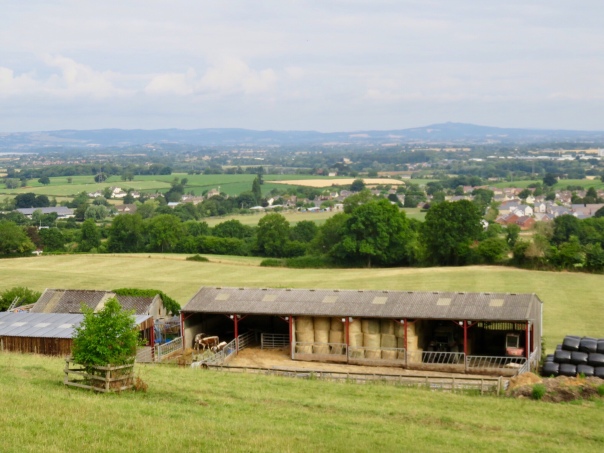 …and into the woods.

At the top of Coaley Peak, there is Nympsfield Long Barrow, a Neolithic tomb built over 5500 years ago. Remains of 20 men, women and children were found in the tomb. 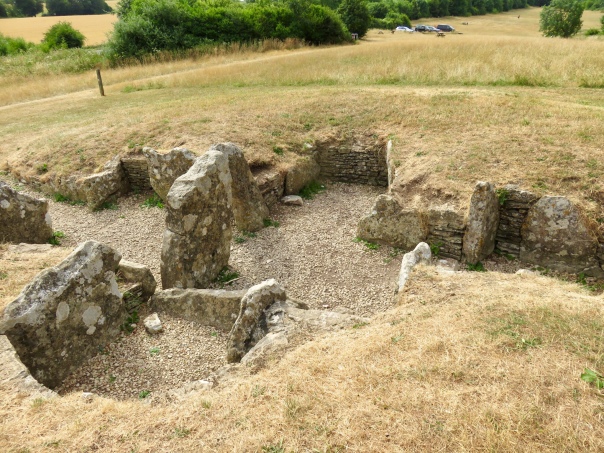 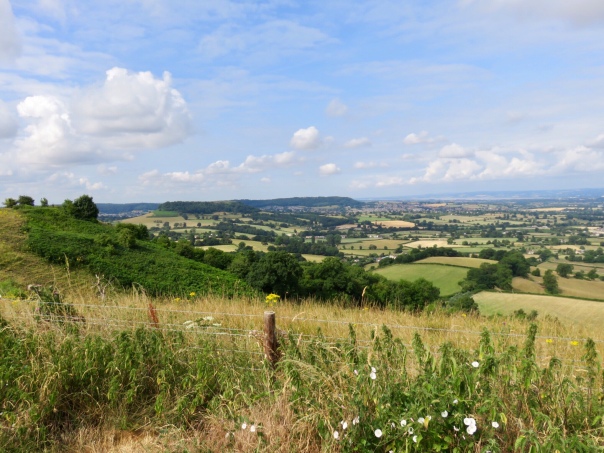 At lunchtime we reached the town of Dursley, where I expected to see Muggles everywhere, (Harry Potter’s Muggle relatives were the Dursleys) but it was just a town.

I do like a butcher who thinks very very large is just right. Not sure what home made faggots are? 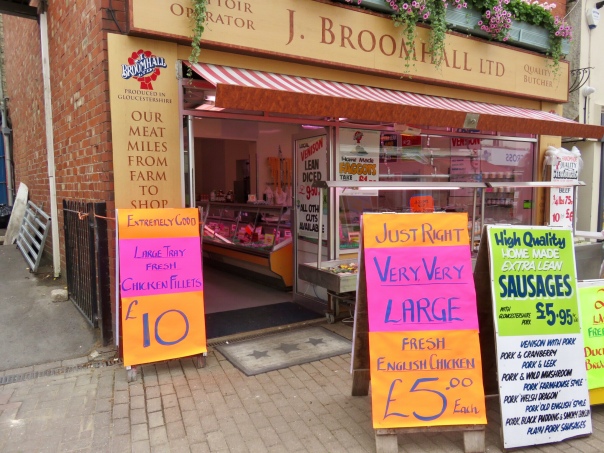 Up another hill, and before too long we could see the Tyndale Memorial Tower, erected for William Tyndale, who first translated the Bible into English in the early 1500s.

Do you think we climbed the tower? Of course we did!

Now all we had to do was get to Wotton-under-Edge. As we walked through the forest, we encountered two signposts that had been ripped out. Uh oh! Which way do we go? There was no clear path. Just at that moment, my phone signaled low battery. Soon we would have no back up navigation. We kept walking, getting deeper into the forest and not seeing any more trail signs. I started walking faster and breathing harder. This might be what they call a panic attack.

What did Jim do? He spoke calmly, gave me a Snicker bar and assured me that all would be well. Of course he was right – the phone lasted long enough to get us back on the trail, and died just as we reached the town. From that point, we just kept asking for the Swan Hotel until it came into view. Jim is my hero!