8/10 – Woke up to weather in the low 50s, with sun but very cool temps expected all day.  Glad I brought my long sleeved hiking shirt!  Breakfast was the same, with a soft boiled egg in addition to the coffee, bread, butter, cheese, cold cuts and jam.  I guess in Germany, this is what’s for freestück.

Wednesday is market day in Wolfach, and the Main Street was blocked to auto traffic so folks could shop. 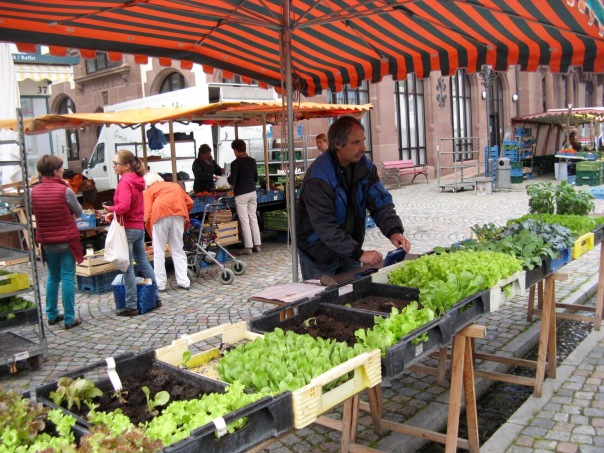 Saw some nice wall art too.  This one is about the rafters who plied their trades on the Kinzig River, which we have been following since Loßburg.

I don’t know what this one is about, but it looks like this dame can hold her own! 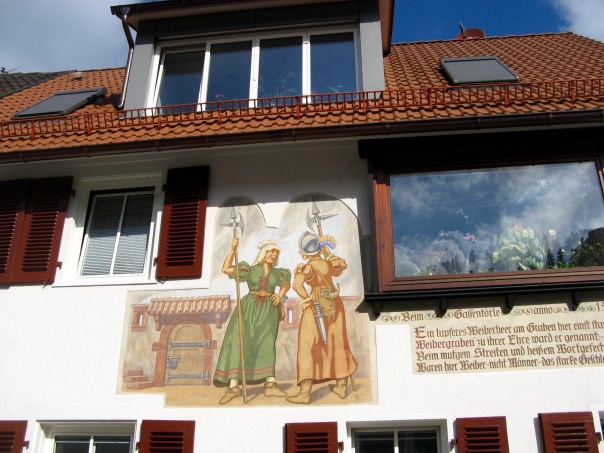 The morning’s walk took us for miles along the Kinzig River to the town of Hausach.

Here’s something you don’t see every day.

The town was pretty big, and once on the busy streets we had trouble finding the shell markers.  Once all the way through town, we ended up using the GPS on the phone.  We knew we were supposed to cross a mountain, but which one?  Google pointed us in a likely direction, but we still didn’t see a trail marker.  We climbed anyway.

…and climbed some more.

Finally, by mid afternoon, we saw the faintest of shell markers, on the same tree as what I had been calling the Black Hat trail.  Turns out the hat is for the Hansjakob Weg, named for a priest in the 1800s who lived close by, and probably did good stuff.

What goes up, must come down.  Our afternoon descent took us into some pretty, and pretty dense forest. 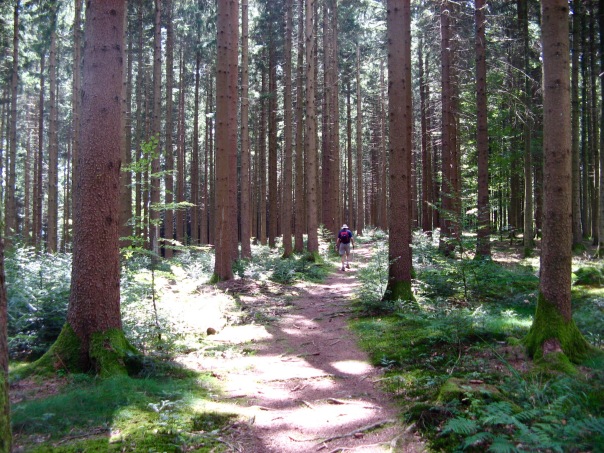 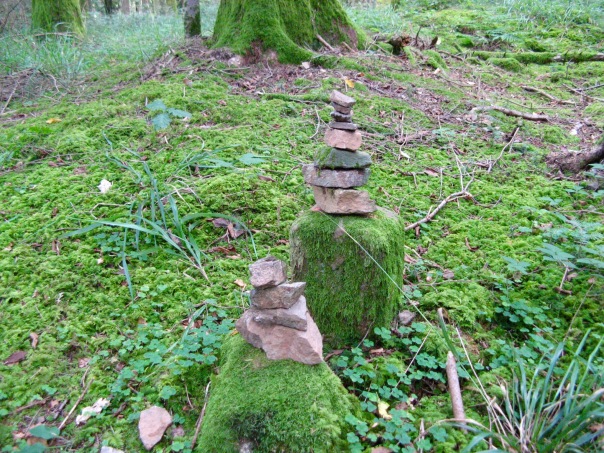 Finally we could see our destination town, Haslach. Pretty as a postcard!

Our hotel was in the center of the altstadt, or old town, and we couldn’t see any restaurants nearby, so we asked Google Maps for a suggestion.  Five minutes down a side street was the Peace Garden, which served both Chinese and Thai food.  Didn’t expect much from an Asian restaurant in southern Germany, but we both agreed that it was the absolutely best Asian food we’d had since Thailand.  Five stars!  Be sure to check it out when you’re in Haslach!