4/10 – So here’s the thing about Laos. If you look at a map, you’ll see that it shares a long border with Vietnam, from north to south. During the Vietnam War, the North Vietnamese Army frequently stepped across the border into Laos to avoid the Americans and make their way to the south. To dissuade them, the US retaliated by bombing the shit out of Laos, the equivalent of once every eight minutes for nine consecutive years, even though Laos was supposed to be a neutral country. Thirty percent of the bombs did not explode on impact, but littered the ground making it more difficult for the Viet Cong to travel overland.

The result is that rural, sparsely inhabited Laos, to this day, has thousands of pounds of unexploded ordnance, mainly cluster bombs, that get discovered in fields and forests, often by children, resulting in loss of sight, or limbs, or life, almost every day. There are hundreds of explosions in Laos every year, 40 years after the war between two other countries ended.

Today we visited COPE, the Cooperative Orthotic and Prosthetic Enterprise, which is the main source of artificial limbs and wheelchairs for the people of Laos. The visitor center here in Vientiane is open daily to build awareness of the ongoing need to remove unexploded ordnance (UXO) from the countryside, answer questions and encourage donations. Princess Diana was a champion of this cause, and Hillary Clinton visited in 2012 when she was Secretary of State. The US Congress appropriates money annually to assist in this effort, but it is far from done.

Here is a sculpture outside the center, made entirely of shrapnel. 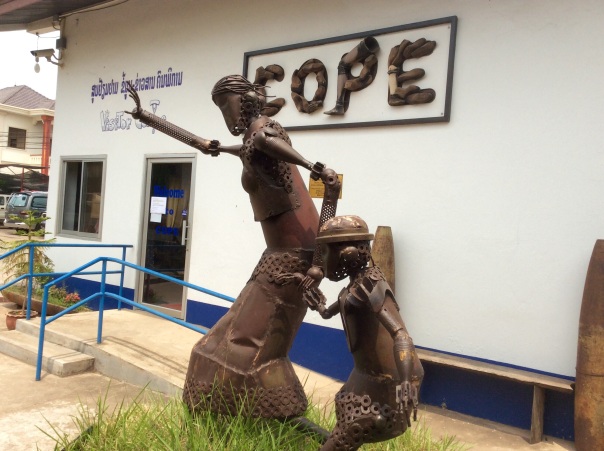 There were videos explaining where the UXO are located, and the very manual process of finding and detonating them one by one. 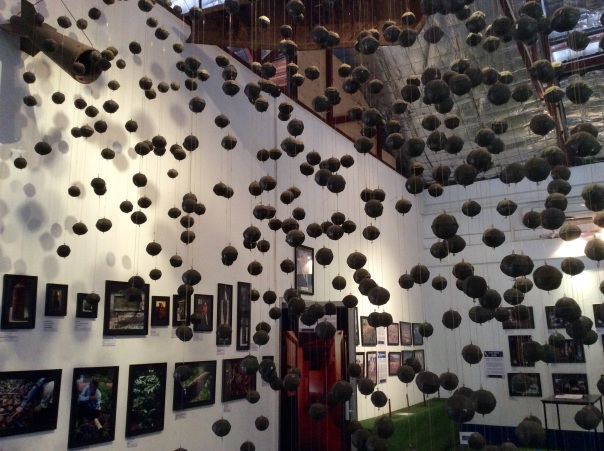 The education of the local people to identify and avoid the UXO is hampered by the value of metal, which many collect to sell to scrap dealers or make into household objects. Children will pick up a bomb, because it looks like a lamp or cooker they have at home.

Wheelchairs are made out of old bicycles. 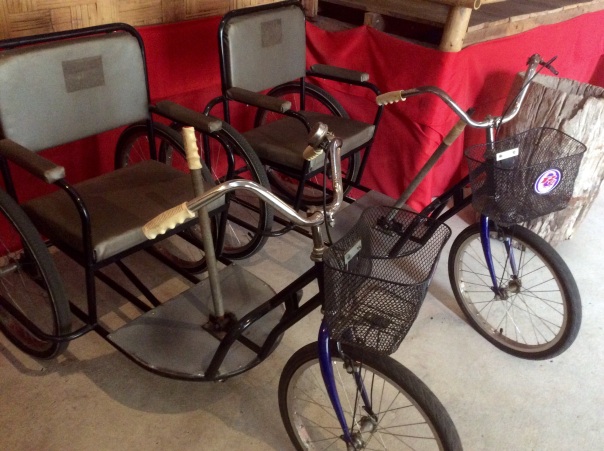 Then there were the heartbreaking stories of those trying to live without limbs. 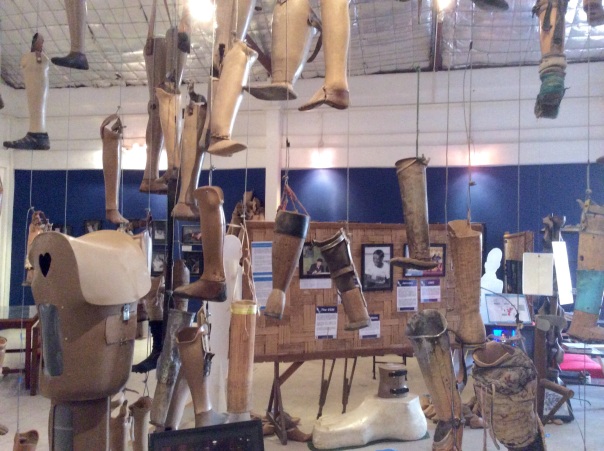 Anyone who knows me knows I wept for two solid hours. You can buy a person a leg for $75.00. Donate if you can. http://www.copelaos.org