3/5 – We bundled up – very cold here, and the altitude is over 9000 feet, so we both have mild altitude sickness – and walked over to the monastery.  A huge area, it was made up of a series of temples, stupas, monk colleges (like the college of astrology) and monk habitations. 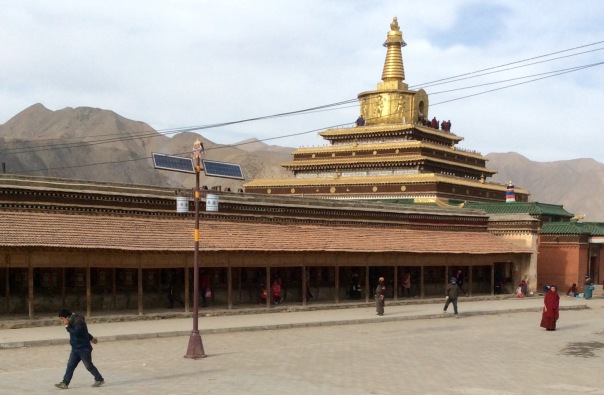 Lots of people, chanting, turning prayer wheels, and touching their heads to images of the Buddha. 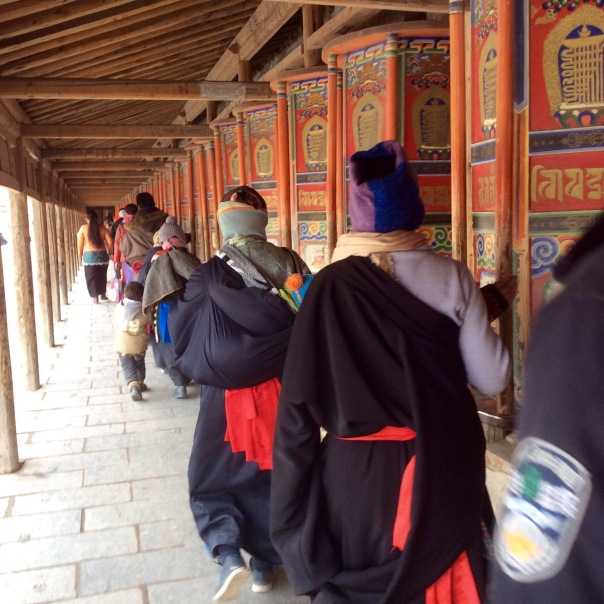 I walked behind a Tibetan woman with a baby in a papoose, and she made sure to touch the baby’s head to the images also. Because Tibetans are a minority, they are exempt from the One Child rule, and we saw many families with two children. 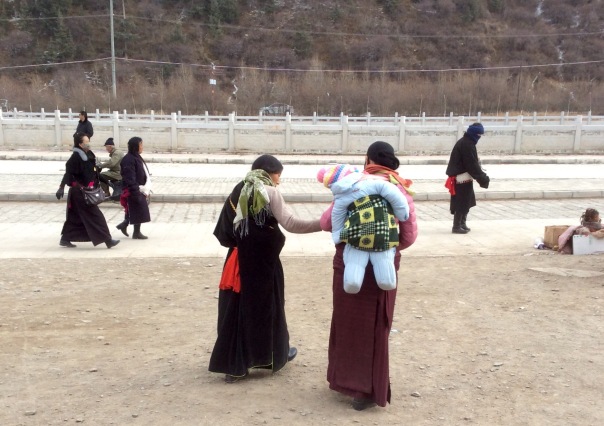 Several women were prostrating themselves, circling the temples on their hands and knees.

Lots of monks in red and pink, both male and female.  We were the only westerners. 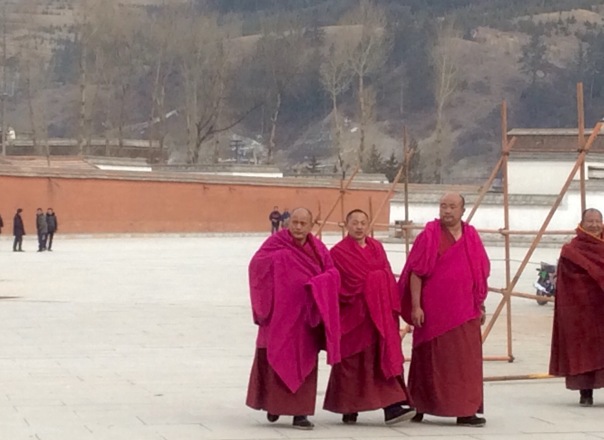 A bit of culture shock here – both men and women squat in the street whenever nature calls.  Just right in front of you.  You must watch where you step!
We found the main square, where preparations were underway for the presentation of this year’s yak butter sculptures.

The sculptures would not be presented until several hours after dark, and I was just freezing cold with an aching arm, so we left before the sculptures were brought out.  Here are some examples from previous years.

There are also yak oil lamps and candles here.

3/6 – We returned to the monastery so that Jim could circumambulate – walk the perimeter, touching every prayer wheel.  This is a really big place, several kilometers!  Even though the festival is now over, the monastery was still crowded with people.

Walking around the back of the temples, we saw several memorials set into the mountainside. 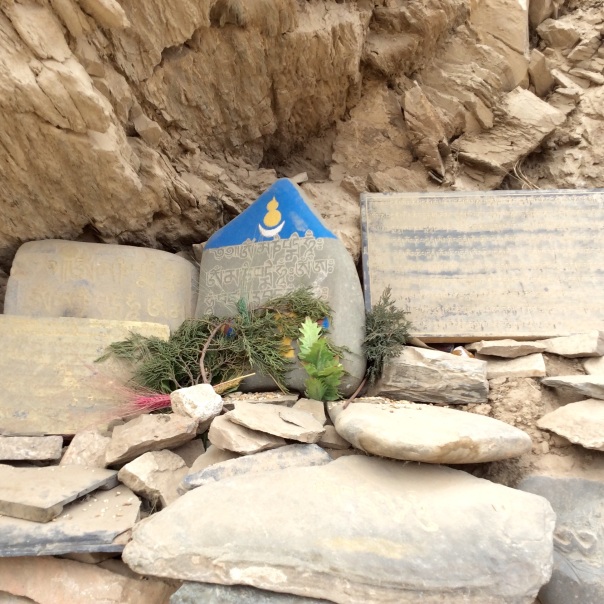 The view of the monastery from the top of the hill.

Monastic cells on the hillside.

We saw  quite a number of animals roaming the premises, including a wild boar pushing her piglets through a hole in the wall. 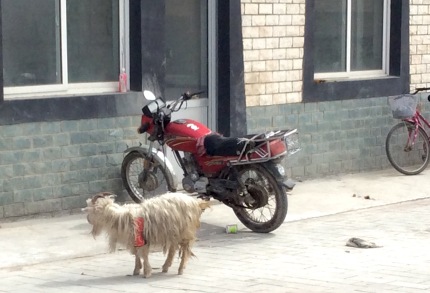 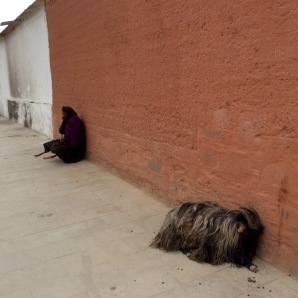 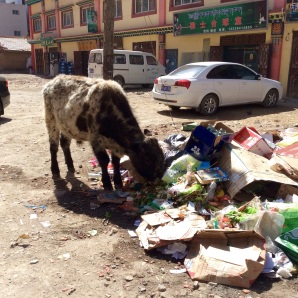 We walked through the town, taking in the sights and watching the people.  I feel transported to another time, until the ring of a monk’s mobile phone reminds me that these people are living comfortably in the 21st century. 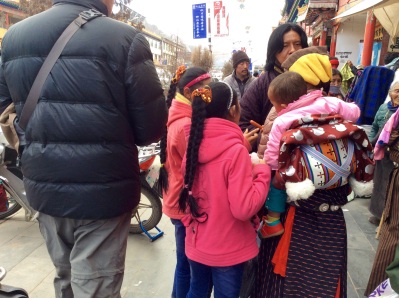 At supper, we spoke with Clarie about being a westerner here. The government cuts off the electricity and the Internet intermittently whenever there is a festival, to discourage native uprisings – we experienced this several times. Clarie returned to Amsterdam for the birth of her daughter, as Tibetans are not eligible for passports. Her pretty 9 year old daughter goes to Tibetan school from 7am until 6pm daily, in a class of 57, sitting at attention on a backless stool, where speaking or asking questions is never allowed. Children who cannot do the lessons are hit, and many drop out in primary school. In the equivalent of 4th grade, she is fluent in four languages, and is doing geometry and differential equations. Hmmmm…﻿﻿