10/20 – today we dedicated ourselves to seeing Park Güell, designed by Antoni Gaudi at the turn of the last century. Gaudi’s unique architectural style looks like a cross between Willy Wonka’s Chocolate Factory, and a soft-serve ice cream cone (my architect brother-in-law Paul would probably cringe at that description). He designed with curves instead of lines and edges, and wanted buildings to look like they grew in place.

We navigated the Metro and a city bus to get to the outskirts of the city. After standing in line for 45 minutes to purchase tickets, we were the proud holders of passes that would let us enter the Monument Area in an additional 90 minutes. We used the time to stroll the paths and wooded area, where musicians played for spare change and vendors hawked trinkets and bottles of cold water: 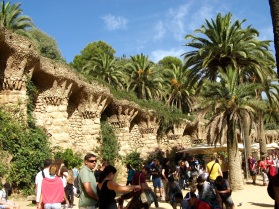 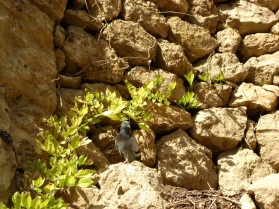 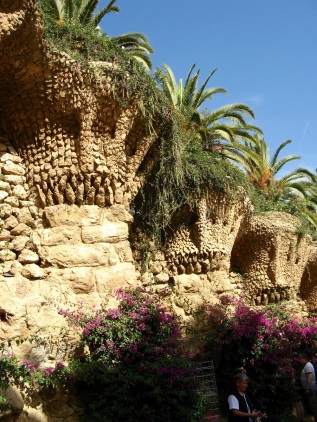 We had a nice view of the city and could make out the Mediterranean Ocean in the distance: 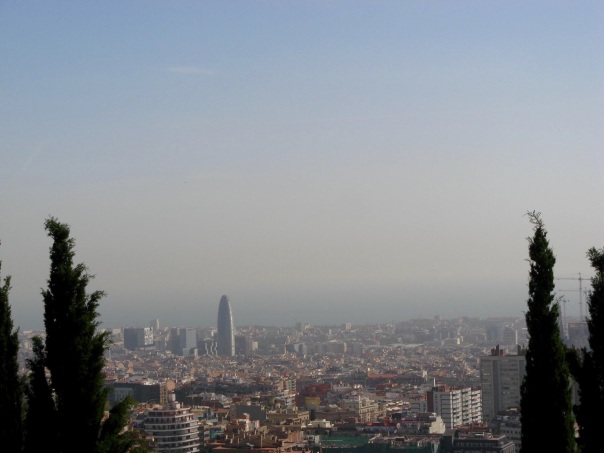 The park was originally supposed to be a real estate project to provide country estates to Barcelona’s well-to-do, but the project failed, as it was too far from the city (in 1900).

At exactly 14:30, we were permitted to enter the Monument Area, along with 398 of our closest friends. The park allows 400 people in each half hour, to prevent excessive wear on the monuments. The porter’s lodge, located at the entrance, looks like a gingerbread house, with fanciful window casings and curved ceilings inside: 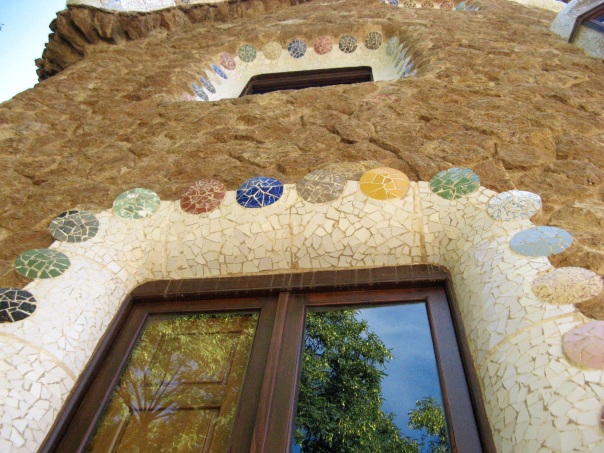 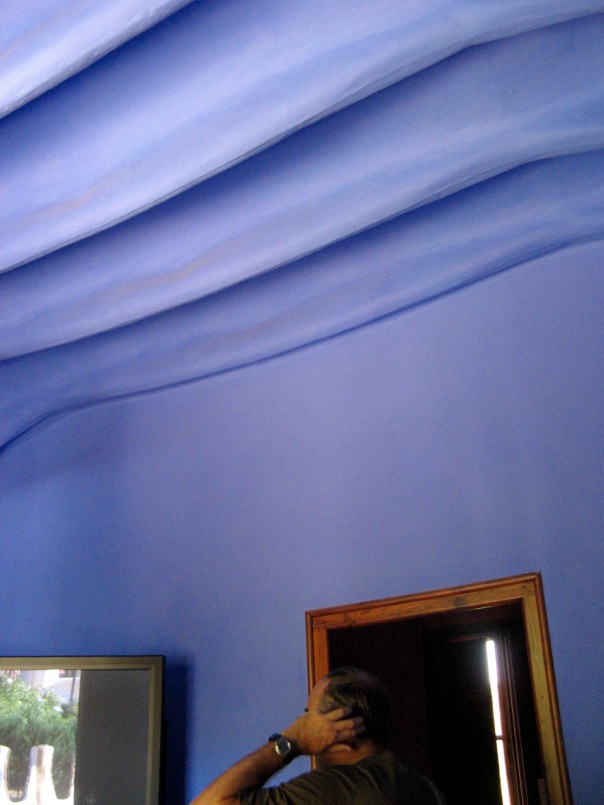 Right across from the entrance is an ornate flight of steps: 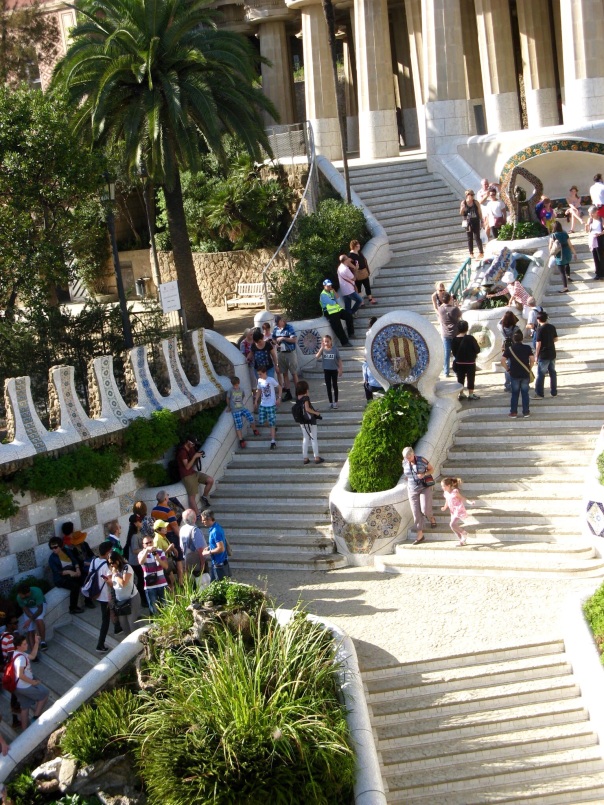 The steps lead to the hypostyle room, which is 86 columns topped by a multi-domed ceiling, originally meant to serve as an open-air market: 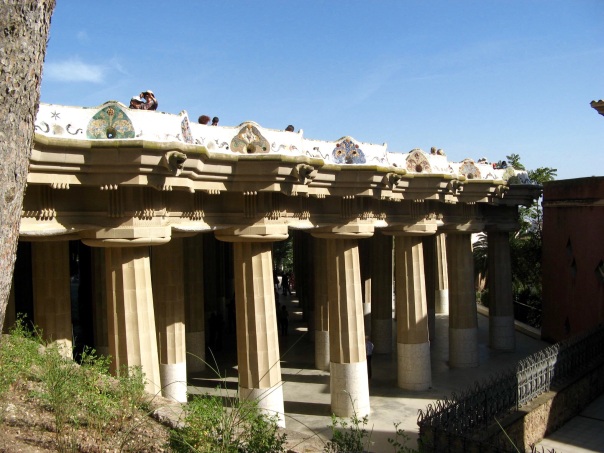 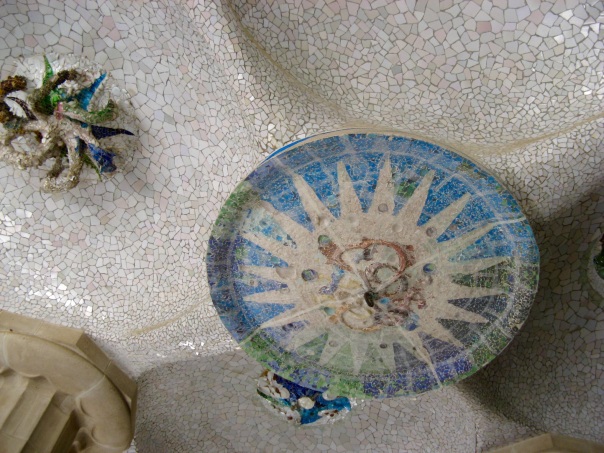 I appreciated the opportunity to see Gaudi’s work up close, and we identified several more of his buildings in the city on the bus ride home. Fanciful, fun frippery! 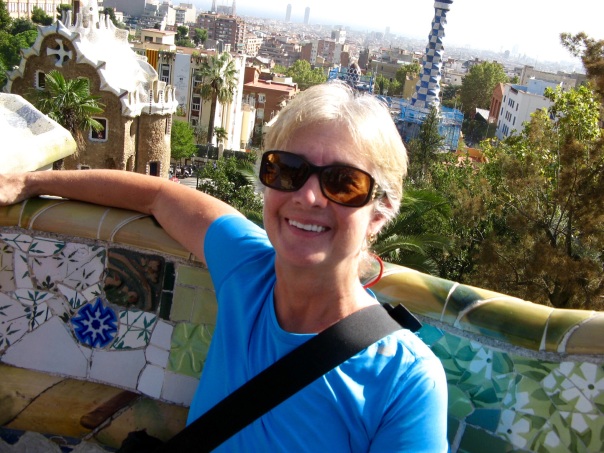 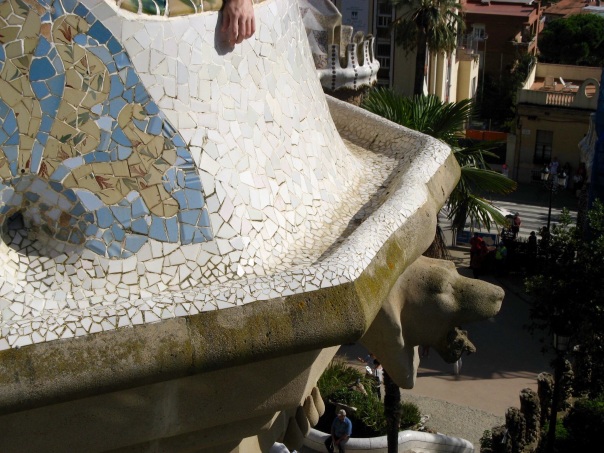 2 thoughts on “Another Day in Barcelona – Gaudi and Park Güell”