10/17 – we took the bus back to Santiago, bidding farewell to grey and rainy Finesterre. We are no longer pilgrims, now we are just backpackers.

With our (slightly wrinkled) EuRail Pass in hand, we went right to the train station in Santiago to book our first train ride. The Pass allows us 10 travel days anywhere in Europe within the next two months. We only have 30 days left in the European Union (you can only remain in the Euro Zone for 90 days), so will see several places within the next month, then use the rest of the travel days to get through Eastern Europe and into Turkey. It’s a tentative plan, subject to change.

So, our first travel day will take us from Santiago in the northwestern corner of Spain, to Barcelona in the southeast. We can’t just show up at a train station, we must prebook our seats and pay a reservation fee for each ticket. Very complicated!

Our sleek and modern train left at 9am for Madrid, and then we take a second train to Barcelona. There is a snack car, and a refreshment cart offering coffee and pastry. An American movie is showing, but it is both dubbed into Spanish and has Spanish subtitles. Even so, I still cried at the end of Saving Mr Banks. I managed to take a few pics out the window, verifying once again that the rain in Spain stays mainly in Galicia. 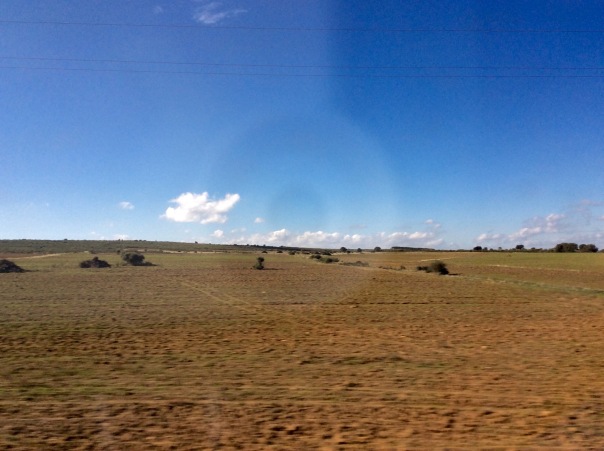 At 14:50 we arrived in Madrid, and had an hour to get to our connecting train, which leaves from another station 5 miles away. We negotiated the Metro between the two stations, and arrived with time to spare. The train to Barcelona was a high speed train, and got us there in under three hours.

Our pension was a mile and a half from the train station, and we considered taking a cab, but once we left the train station we could see that this was a walking city. The streets are well lit, and everyone was out strolling, eating in sidewalk cafes, riding bikes and kids riding scooters or on roller skates. 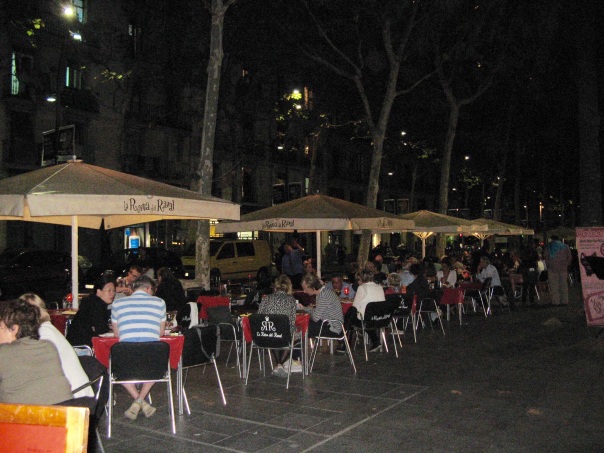 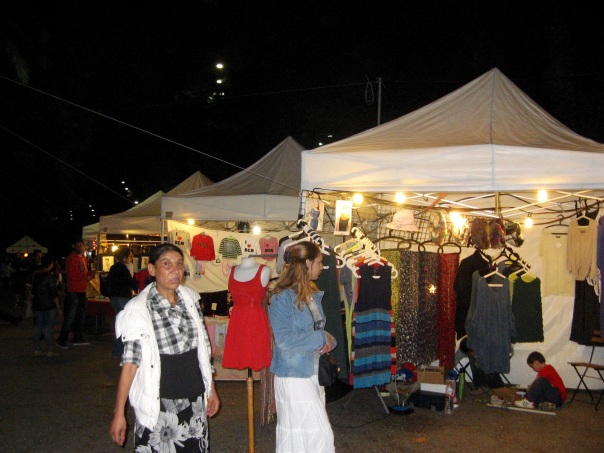 What a groovy city! Tomorrow we will explore! 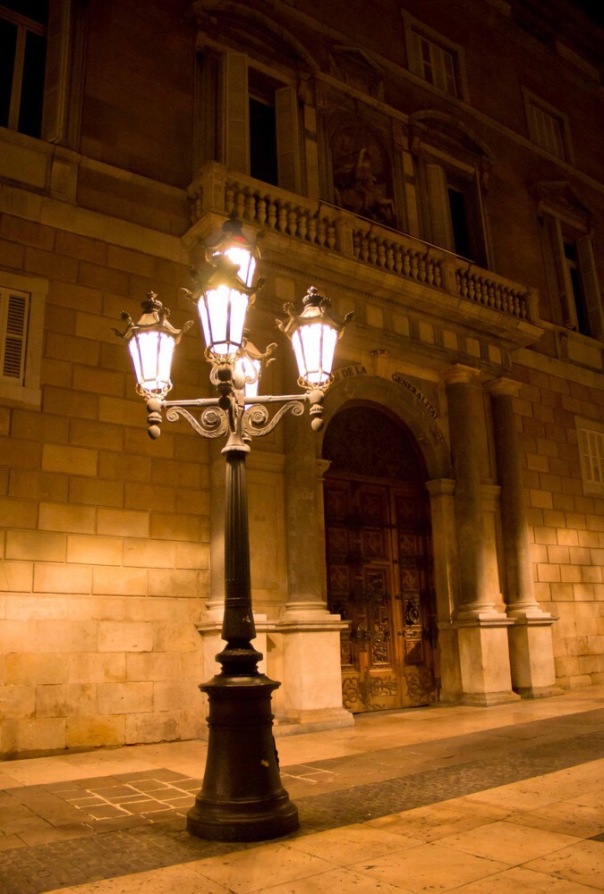