10/15 – today we walked the several miles from the town of Finesterre to the Faro (lighthouse) on the cliff. This is the End of the Earth. 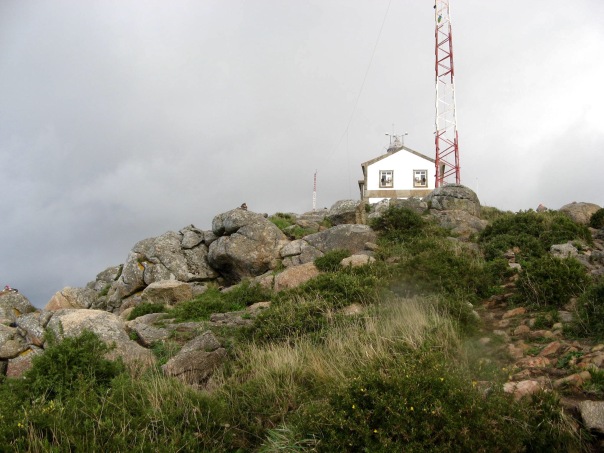 Here we found a pilgrim statue: 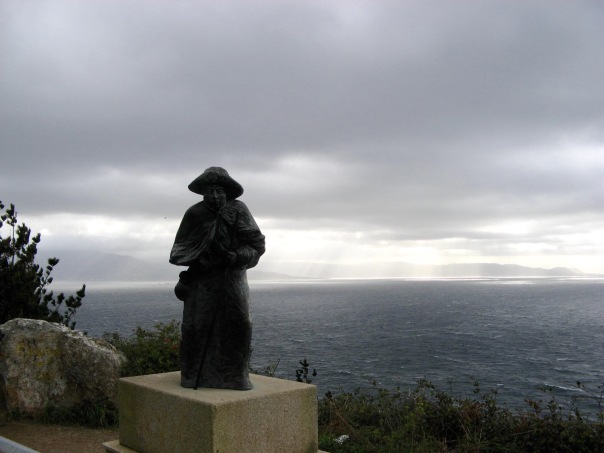 Some pilgrims build fires on the rocks to ceremoniously burn their boots, socks, or other articles of clothing used on the Camiño. Many more leave a rock as a token that they made it all the way to the end. 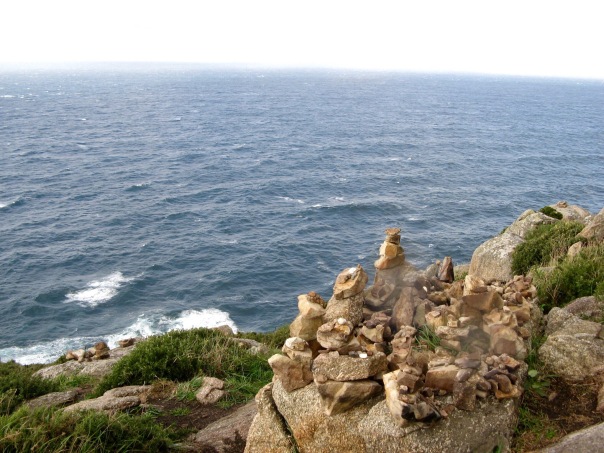 The wind at the edge of the cliff is so strong that it could either hold you up or blow you over.

Here is the last pilgrim cross:

…and the last distance marker:

Congratulations to all who have completed their Camiño! 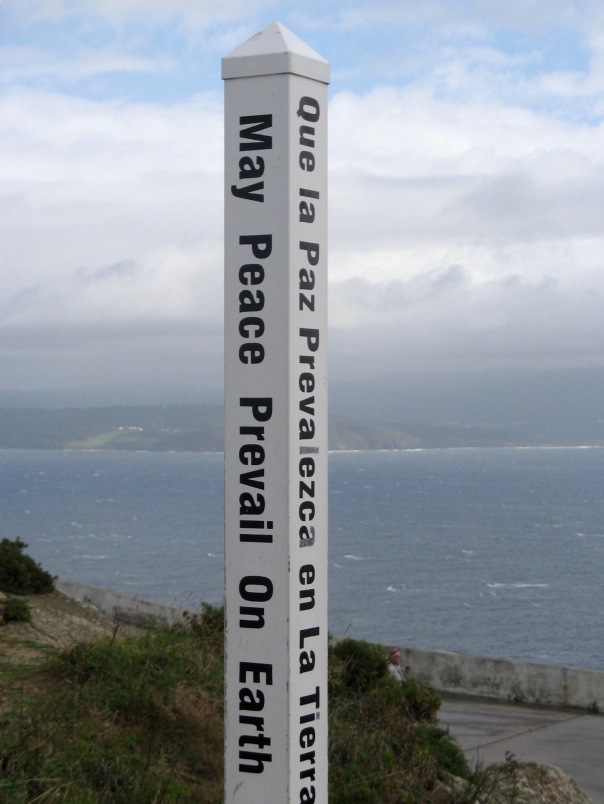 And a castle, destroyed repeatedly in battles defending the coast: 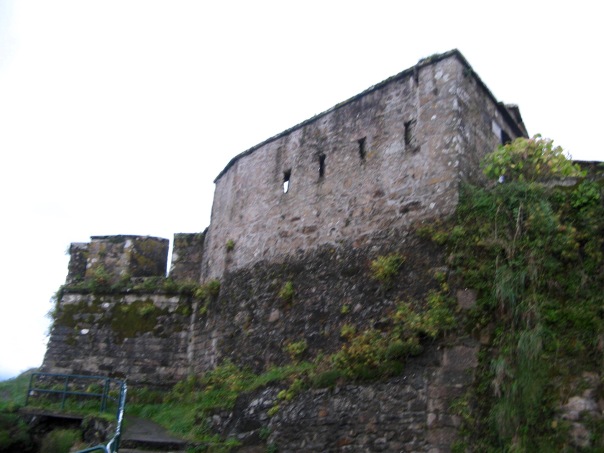 The rain let up at dusk to give us some more beautiful skies:

Here’s a story: We stayed in Finesterre an extra day, as we had ordered our EuRail Pass online, and had to wait for it to be delivered from Ireland. We told the lady at our pension that we were expecting a package that had to be signed for. When we next checked the tracking info, we were surprised and delighted to see that it had been delivered a day earlier than expected, and had been signed for just one hour ago! We went downstairs to ask for our package, but the lady said she didn’t have one. We showed her the name of the person who signed for the package, and she agreed that that was her husband’s name, but she had no package. Then, you could see reality dawning on her face as the color drained from it. Madre de Dios! She rushed into the kitchen and rooted through the trash can, pulling out our beloved EuRail Pass, opened and crumpled into a ball. When her husband handed her the stack of mail, she opened the envelope, thought it was junk advertising, and tossed it! If Jim hadn’t checked the tracking info a day early, we would have been out of luck (and out a ridiculously large sum of money). Don’t you love a story with a happy ending?