8/21 – today we took a closer look at the Cathedral where our walk will begin. Dating from 1155, it is a sturdy structure, lacking the curlicues of later churches. 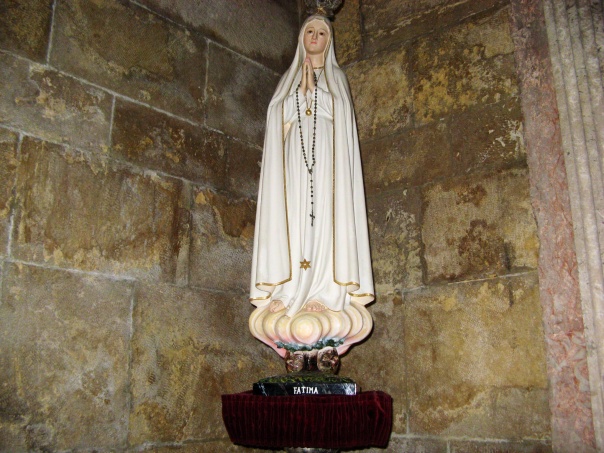 The Cathedral has a beautiful Rose window depicting the twelve Apostles, that drenches the pews in rainbow colors in the late afternoon. St. Thomas is at 7 o’clock, and St. James is at 10 o’clock. 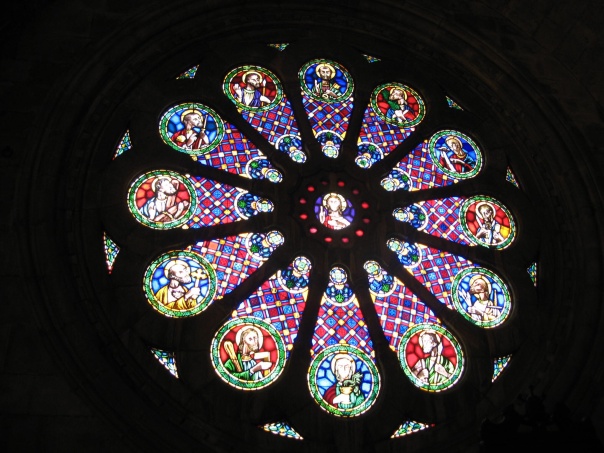 In the crypt is the tomb of Santa Ana, reading her book for eternity: (feel free to bury me this way also…) 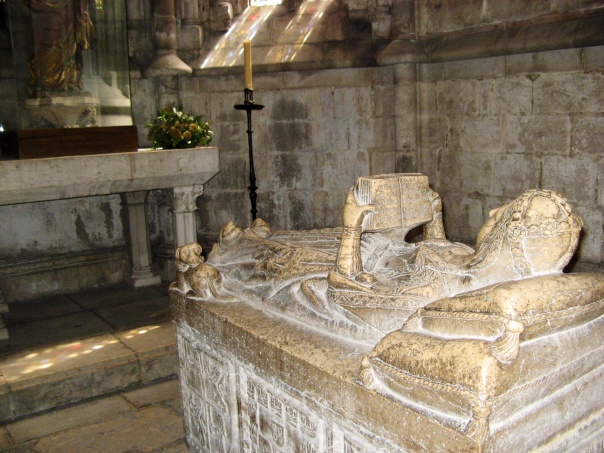 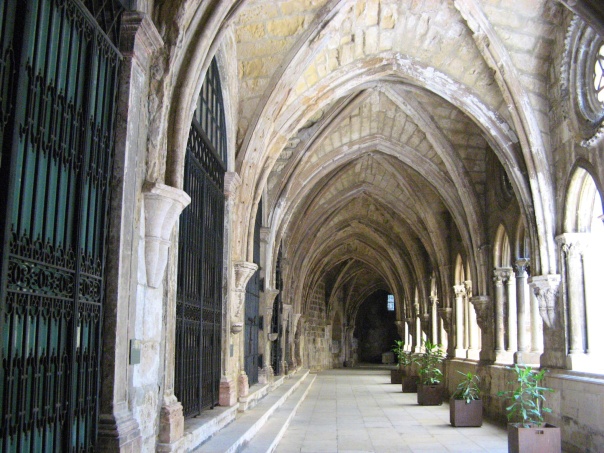 The newer part of the Alfama district, by the River Tejo, is a sharp contrast to the narrow winding streets near the Cathedral. Thanks to an earthquake and tsunami in 1755, all the buildings near the shore were wiped out, so huge open squares were built: 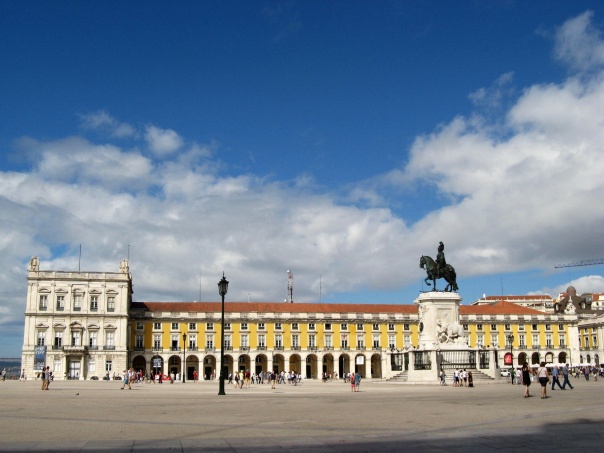 We are getting the hang of the Portuguese written language, although we can’t understand a spoken word. Today we successfully withdrew money from an ATM, ordered food and negotiated a supermarket and post office. Fish is mainly what’s eaten here, with the local delicacy of octopus cooked in its own ink. We’ll let you know how it is when we figure out how to order it!

2 thoughts on “Alfama and the Cathedral Se”