Jun 22 – Today we accompanied Janis and Luisa on a six mile trip by taxi to the nearby indigenous community of Shiripuno and the town of Misahualli.

Shiripuno serves as a traveler’s hostel with the hope of attracting tourists. It is run by a women’s cooperative. Right on the Rio Napo, some of their crops were damaged by yesterday’s floods.

The women demonstrated how to crush manioc, a root vegetable that can be cooked as a sort of bread. It is mixed with wayusa tea, wrapped in sweet leaf and roasted in the fire. 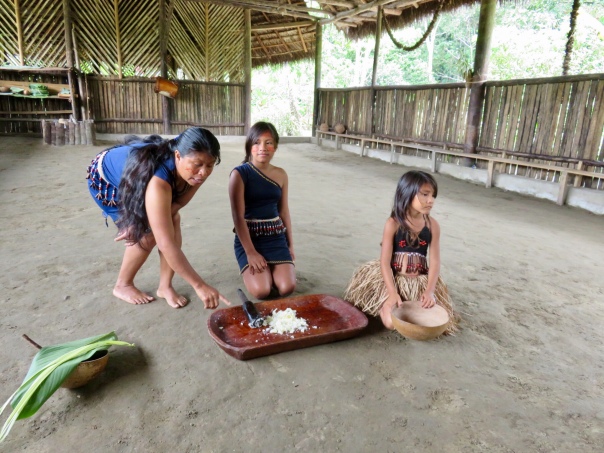 In another recipe, the manioc is chewed by all the women, then spit back into a communal bowl where it ferments for several days or weeks, then used as an intoxicant. We were offered some wayusa.

We were shown a huge rock that is said to be spiritually powerful. In the rock you can see a face and a tapir.

The women drummed and danced for us. Janis said the blue outfits, beads and grass skirts are a recent addition to attract tourists, but the dance is authentic, characterized by the swinging of their long hair. Grass skirts may have been used in pre-Colombian times. 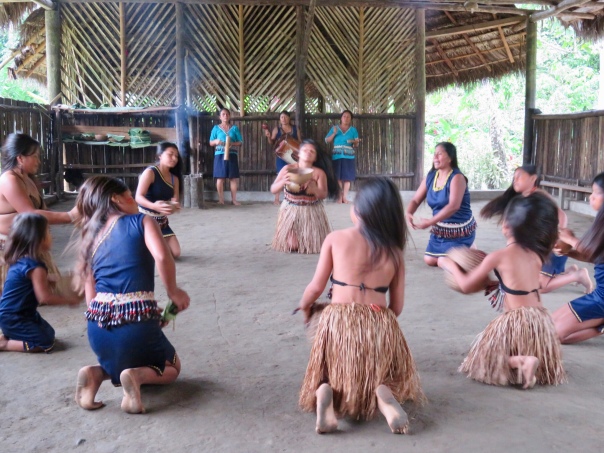 There was a three year old just learning the dance, who was having a very good time doing her own thing. So cute!

Then we ventured into Misahualli. Here they imported some monkeys in the hopes of attracting tourists. There’s a monkey statue in the square.

The town’s primary attraction is canoe rides down the churning Napo River. 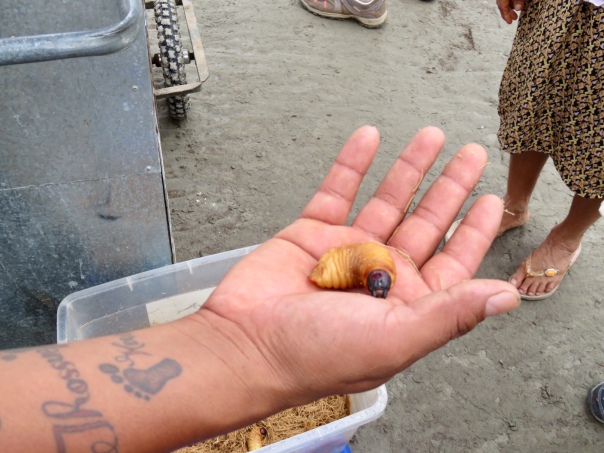 After a few minutes, they are ready to serve. Jim pronounced them juicy and tasty!

The capuchin monkeys entertained the visitors, very active for mid-afternoon. 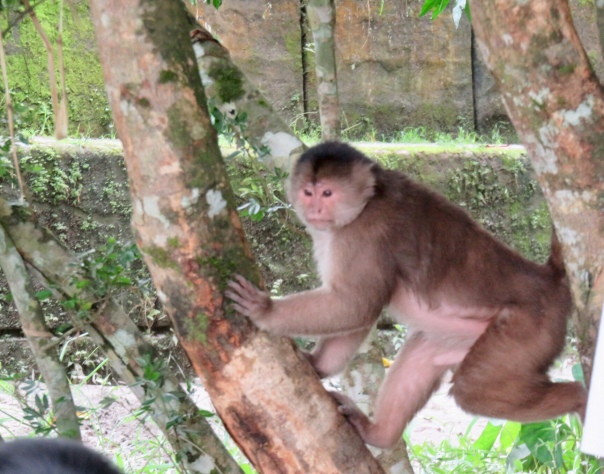 Misahualli is a very poor town, with an interesting variety of tourist shops and expats.

Jim and I would have explored more thoroughly, but Luisa at 90 could not walk far, so before too long we took a taxi back to Iyarina. An interesting day.