Jun 18 – So, the first thing you should know about the Amazon jungle is that the WiFi isn’t great, so my posts will be less frequent. But isn’t it amazing that we have WiFi at all?

The second thing is that so far this place is really wet, all the time. It is the rainy season, and it rains in the afternoon, and sort of mists on you even when the sun is out. It rains at night. Towels don’t dry. Clothes mold on the line. Everything is sort of musty. This isn’t such a problem for the professors and students who arrived with fat suitcases full of clothes. But for us poor backpackers with only two outfits (one to wear and one to wash), these two weeks will be a challenge!

There are about 50 students here, mostly post grad, pursuing different courses of study in anthropology, linguistics, biology, sociology, pre-med, and I’m sure other disciplines that I haven’t encountered yet. The ones I’ve spoken to so far hail from Pittsburgh, Arizona, Utah, England, and Washington state. They are mostly here on government FLAS (Foreign Language and Area Studies) grants of $5000. per student for a seven week semester. They are an affable bunch, mostly female, happy to spend time talking with a non-academic like me.

We eat communally in an open-air dining area, with food prepared by native cooks.

Lots of fruits and fruit juices, fried plantain, dough fritters, rice, beans and manioc. The main meal is served midday, with a light supper in the evening. Burrito night is the favorite meal, and banana covered in chocolate is the favorite dessert, according to the students.

Janis introduced us to the strong woman of the local Quechua village, Luisa.

She says she is 90 years old, and still labors with her sisters and daughters. She patiently answers student questions about nuances of the Quechua language, and tells them the stories of her people.

Other Quechua women run a pottery class, exposing the students to ancient pottery techniques. The pots are dried on the cooking fire, then glazed and decorated with vegetable extracts. They are very fragile. 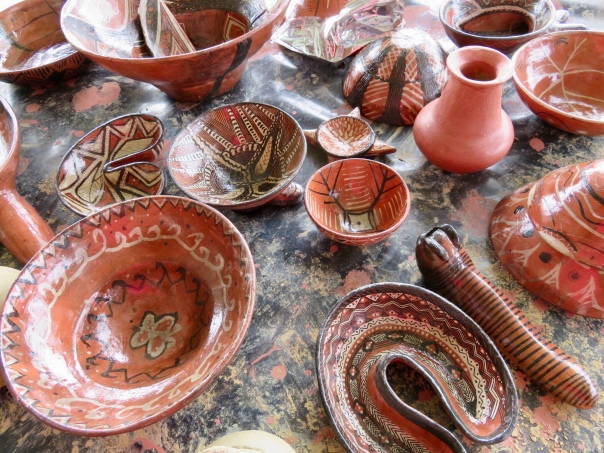 Jun 19 – Tod, the owner of Iyarina Lodge, showed us where to pick up a trail through the jungle. It is the trail his family used before the road was improved. The trail is sopping wet and muddy. There are beautiful blue morpho butterflies here. This is a small one resting on a wall.

On the trail we spied a pair of large ones, bright electric blue, each wing as big as your hand. Their underside is brown to blend with the tree bark.

Try as I might, I couldn’t capture the large morphos in flight with their wings open. Here’s a pic from Google to give you an idea. They are breathtaking.

These are tiny spiders that build communal webs, which the students tell us is unusual. 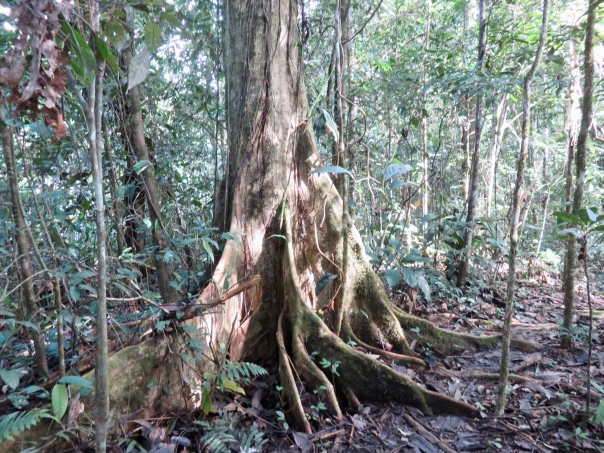 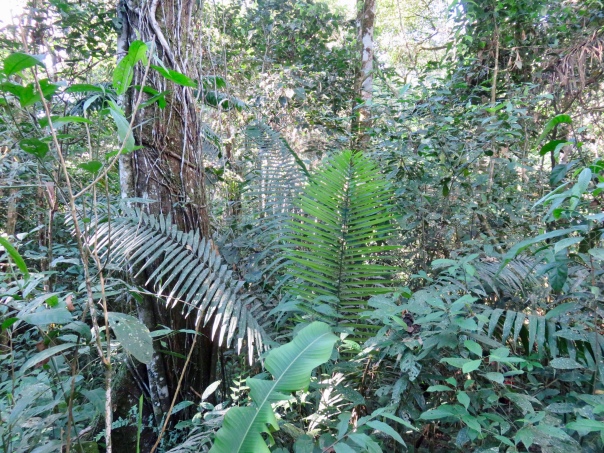 Near the road are some lava formations, although there are no volcanos nearby. 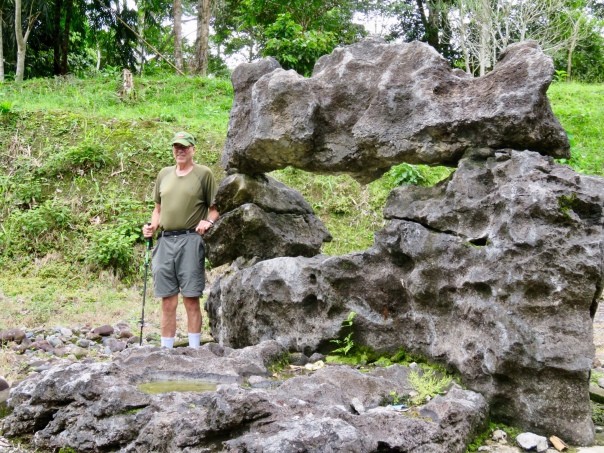 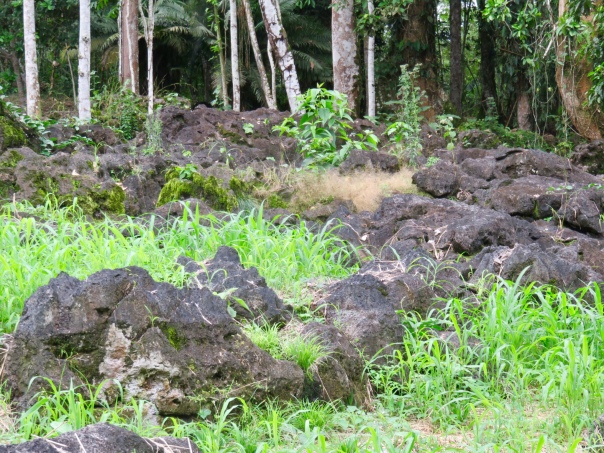 Let’s see if I can post this. Stay tuned for more!