Feb 7 – The next village over on Lake Atitlán is Jaibolito (highball-ito). We were told that it’s about a 45 minute walk along the lake, so we will explore it today. We set out at mid-morning of another beautiful day, spying some paddle boarders on the calm water. 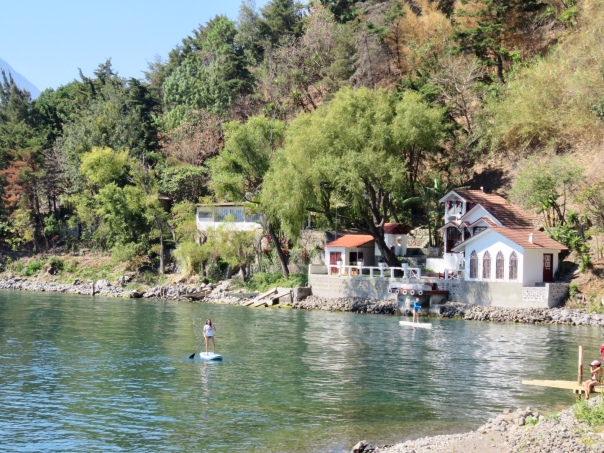 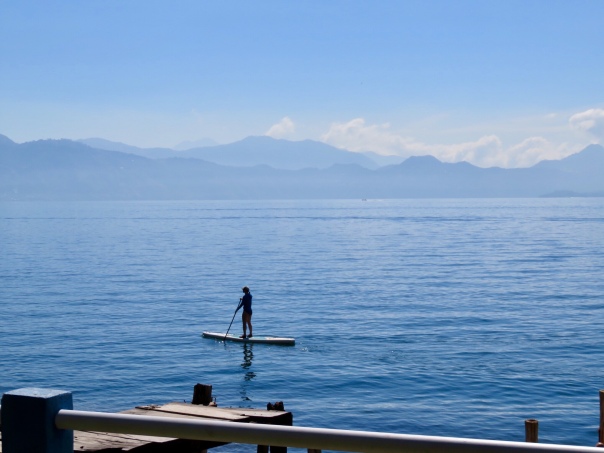 Here’s the end of our lakeshore walk. Time to head up into the hills! 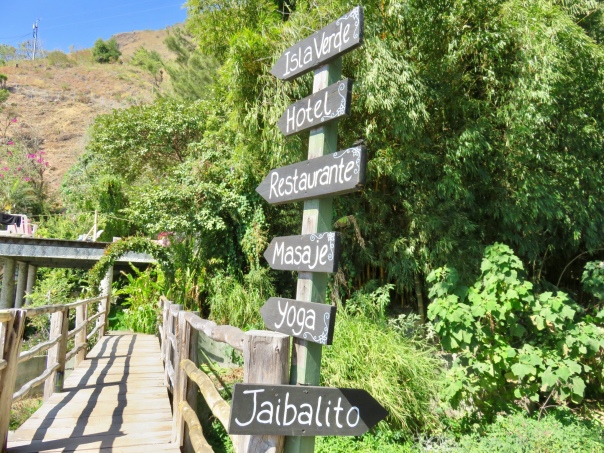 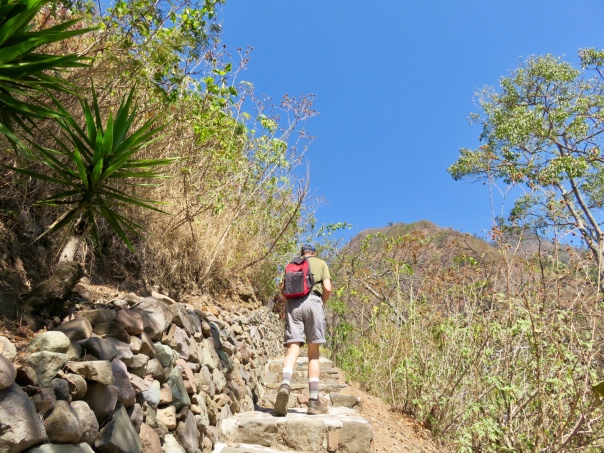 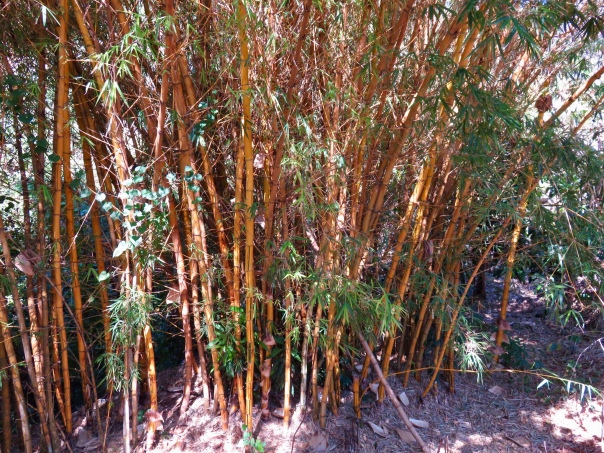 Can you see the swimmers down below? The water is so blue! 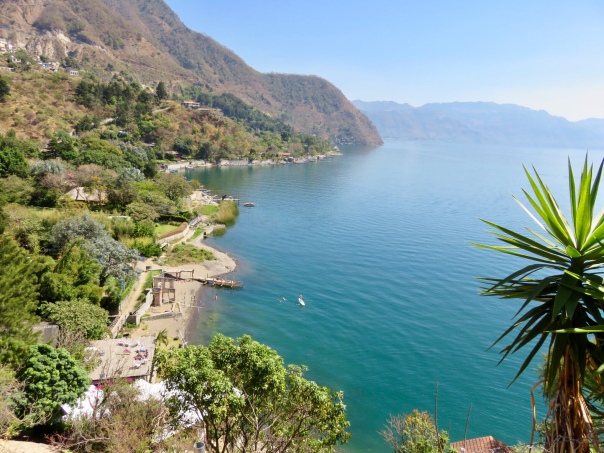 Up some more – there’s the town, nestled in the hills. 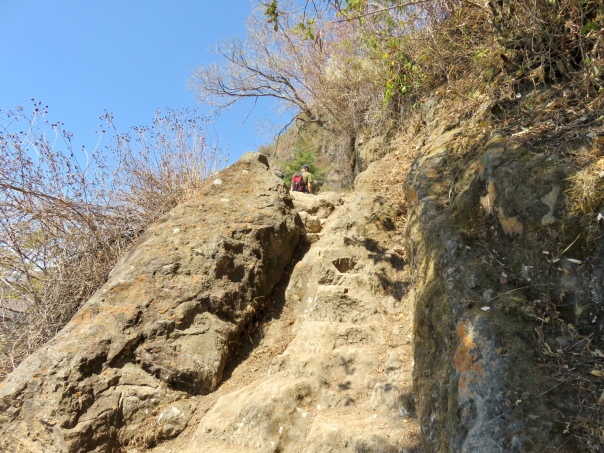 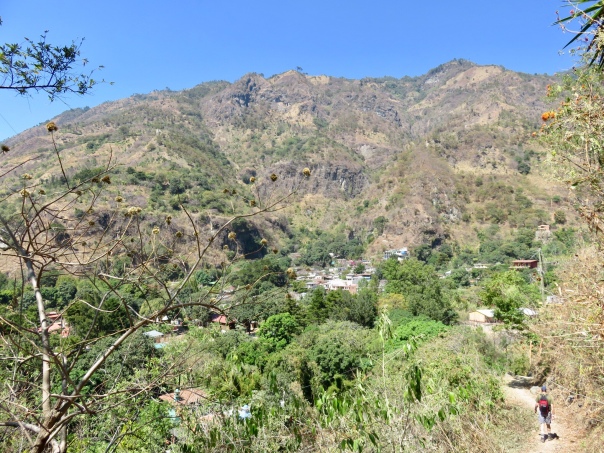 Not there yet – this reminds me of a Bernstein Bears book that Lexi and Emma used to read: Up the hill, around the lake, through the rocks and over the bridge. 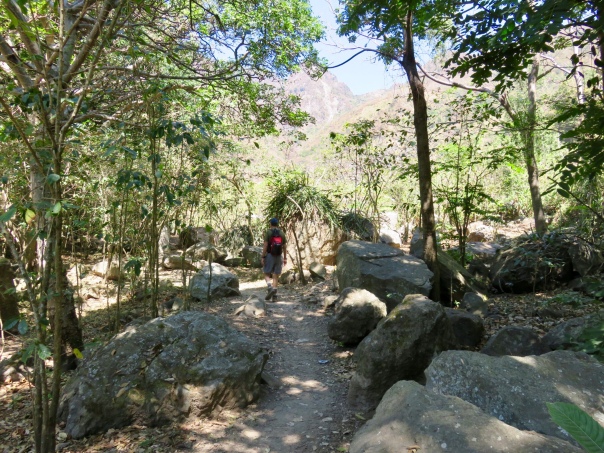 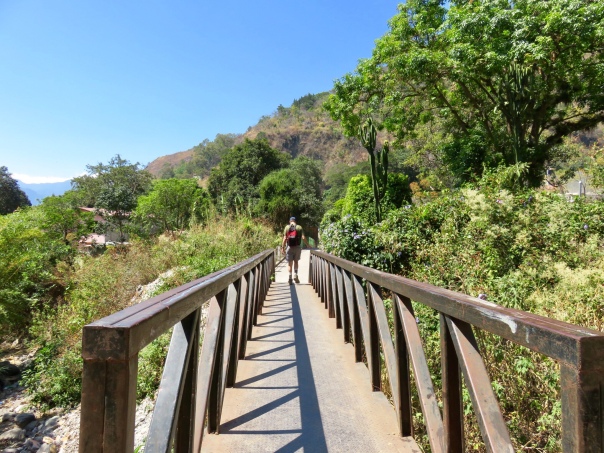 Jaibolito is a tiny village of about 700 souls that is not accessible by road, so it is not as touristy as the other towns. From here we can see Volcán Atitlán, which is next to the volcano we can see from our terrace in Santa Cruz. 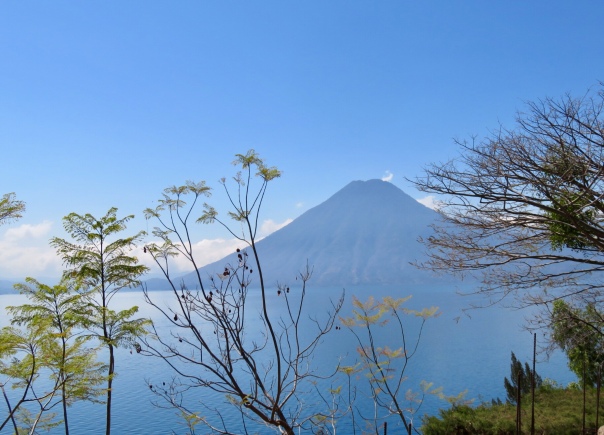 The native Mayans speak a language called Kaqchickel that does not sound at all like Spanish – sort of guttural. I asked twice how to say ‘thank you’, which you should always be able to say to folks, but couldn’t get the word to stick in my head. The kids here learn Spanish as a second language. When I tried speaking in Spanish to some of the school children (what is your name? how old are you?), I received blank stares in return. We were told that the native people do not like to have their pictures taken, so as cute as the kids were, I refrained from snapping them, even when I was tagged in their game and presumably “it”. Here is some wall art instead. 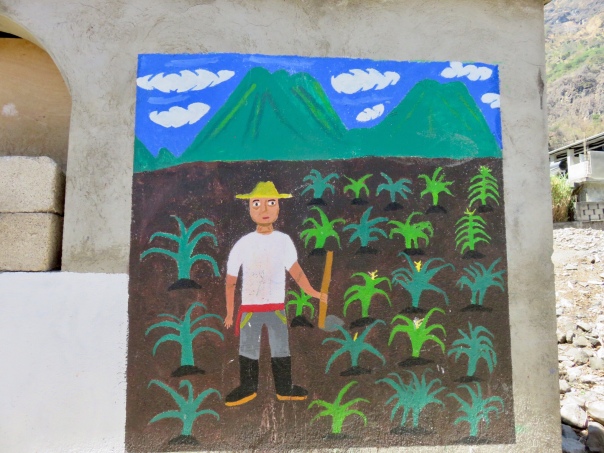 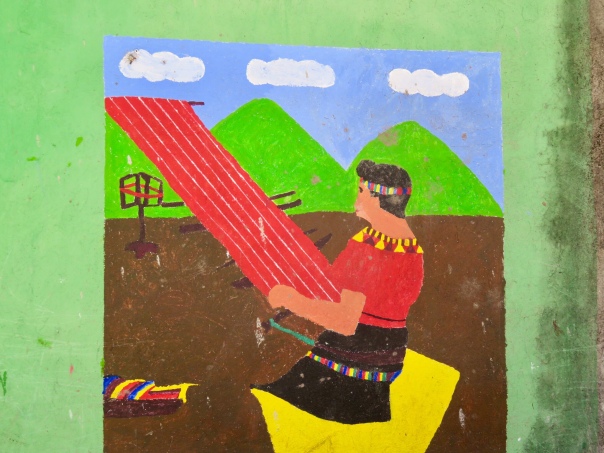 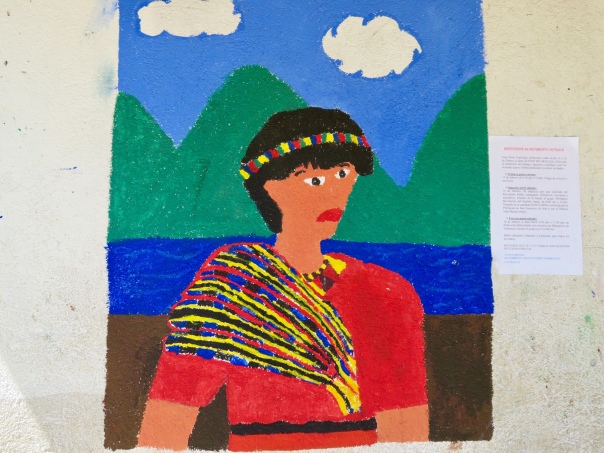 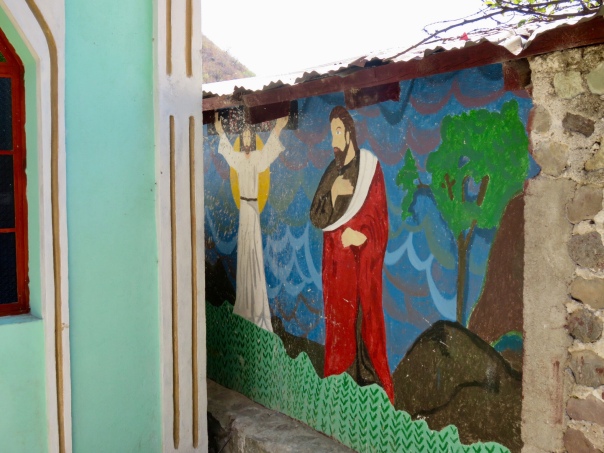 Missionary influence is evident here, with several small evangelical and charismatic churches, none of which were open. 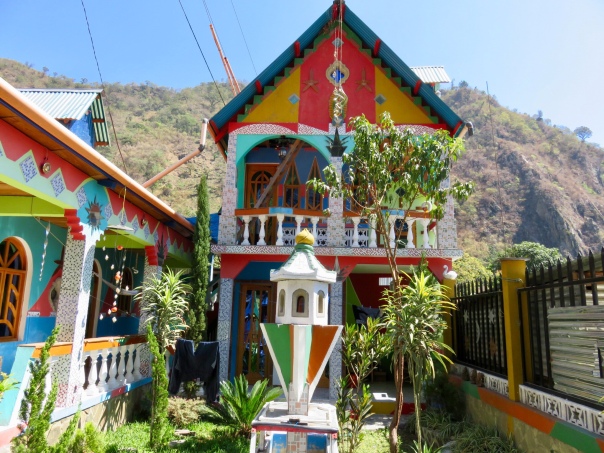 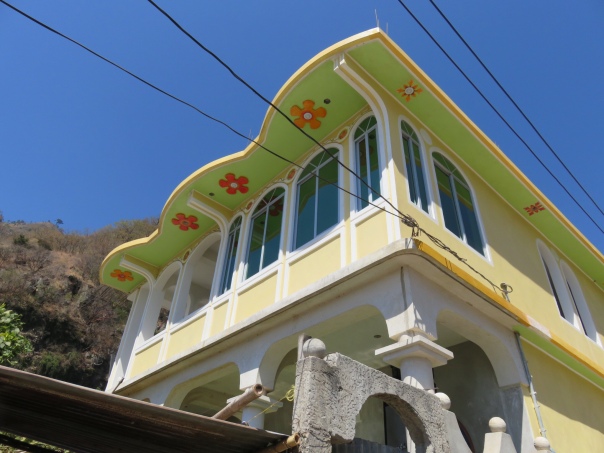 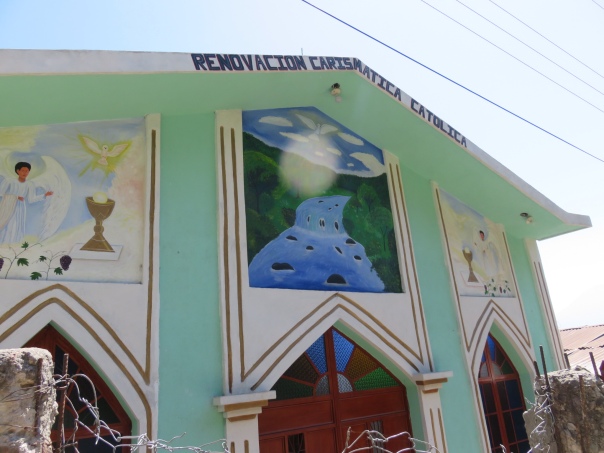 There is a fancy resort down by the water, and several restaurants, but we prefer to support the local economy when we can. We found a little comida and ordered a simple lunch of chicken, vegetables and rice. Our Lemon Crush came with ice, which gave me pause for the first time on this journey – would the ice be made with filtered water up here in this untouristy place? We drank up, and happy to say, all was well. 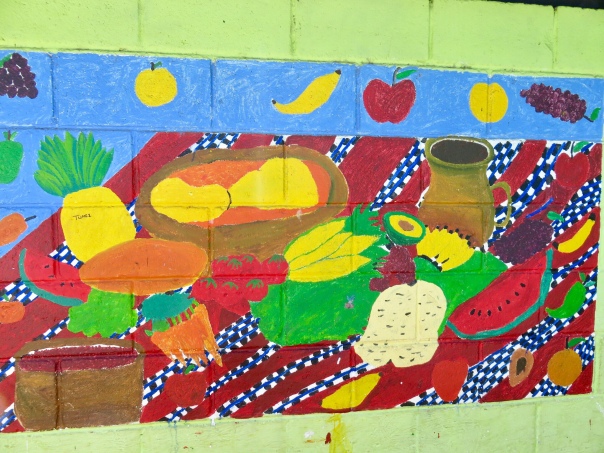 We looked in the tiny food market, and Jim got some tomatoes to add to our supper, but there wasn’t much on offer. 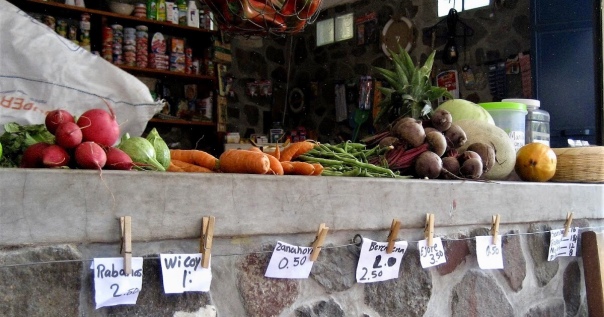 Then it was back down the hill toward home. Watch your step – one foot wrong, and down the cliff you’ll go! 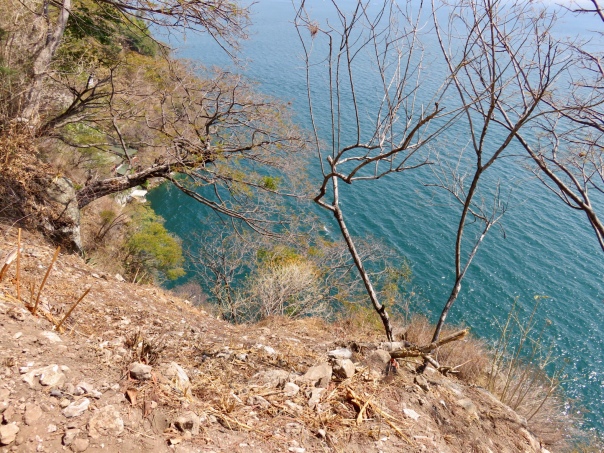 Here are some houses on the lake that I’d like to live in: 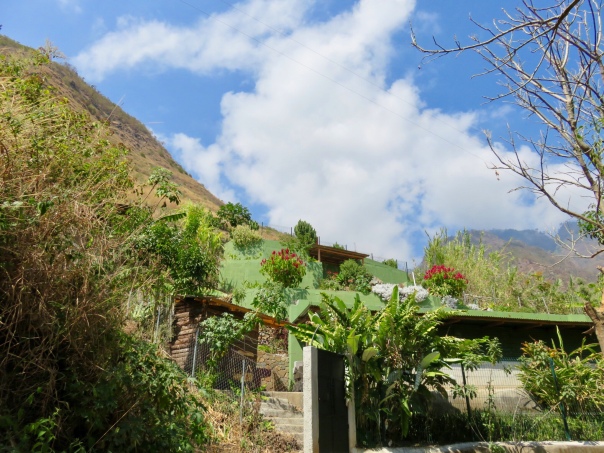 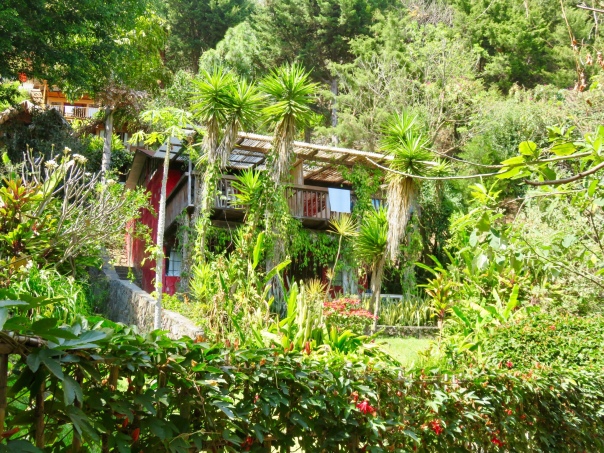 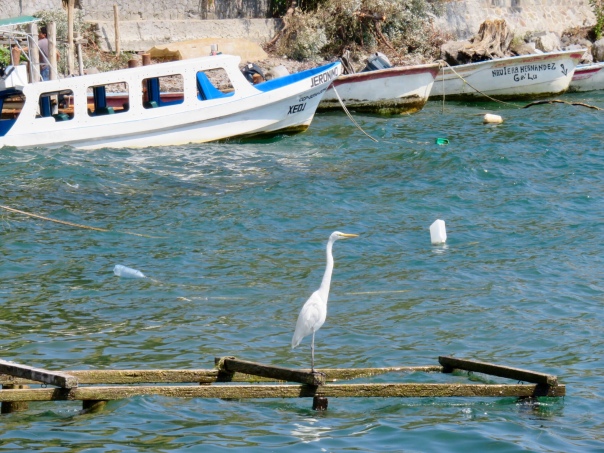 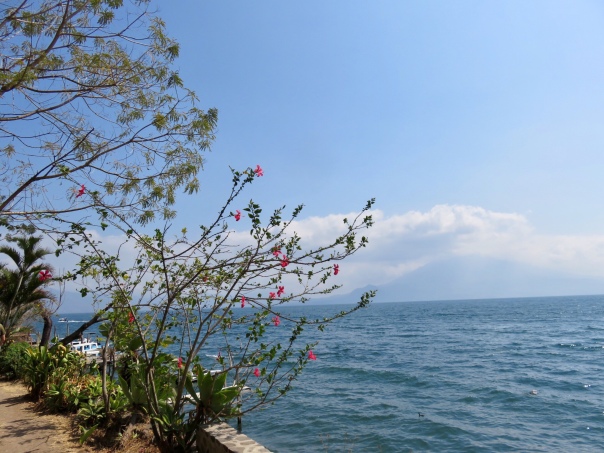 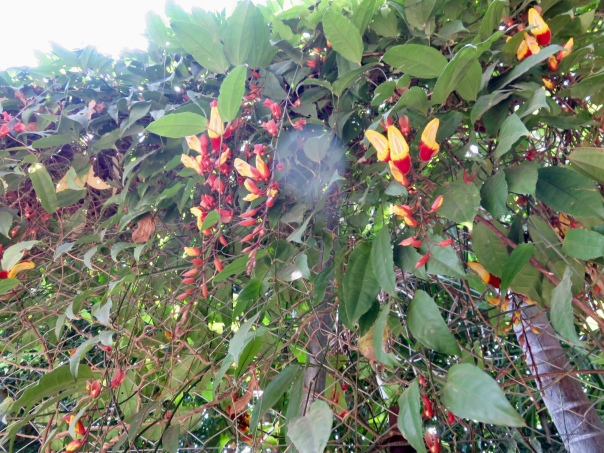