Mar 8 – One of the many reasons to visit Oaxaca is its proximity to the ruins of Monte Albán, which was the largest city known in Mesoamerica, inhabited by up to 20,000 people, that thrived over a period from 500BCE to 1000CE. We took a taxi across town to catch the bus that drives up the mountain once an hour. You can explore at your leisure, then get back on a return bus when you’ve seen all there is to see.

Not much is known about the Zapotec and other peoples who used to live here, or why they abandoned their city. The site was known to archeologists in the 19th century, but excavation didn’t start until the 1930s. The work is still in progress: 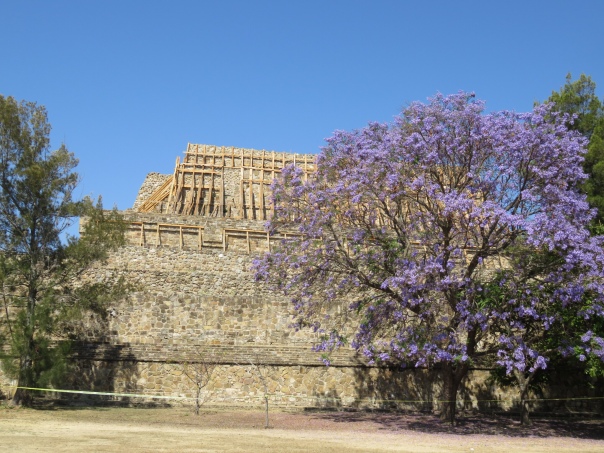 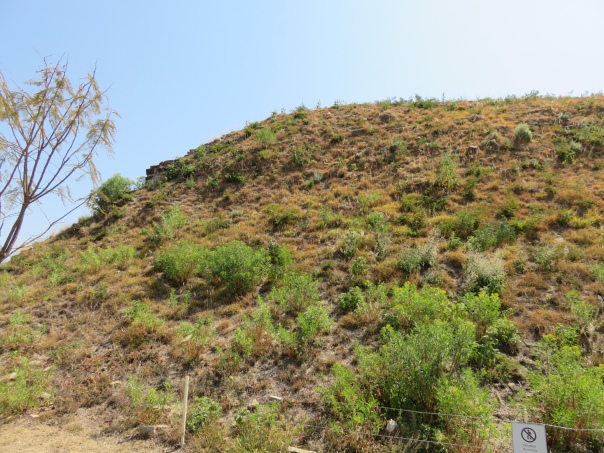 …until they started to dig and uncovered the bricks and stones beneath. This is the other side of the hill above: 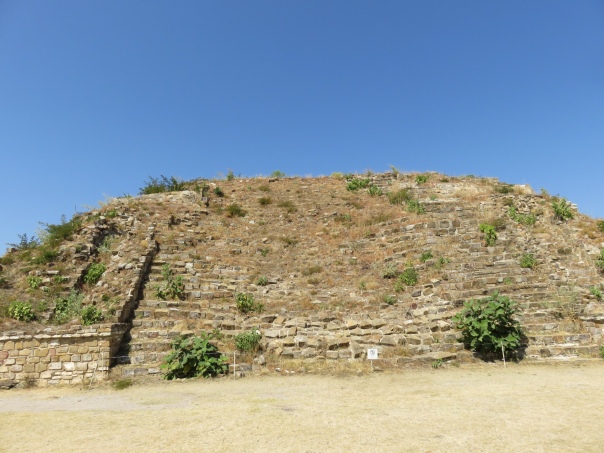 Archaeologists have had a fine time guessing what the buildings were for, what type of religions may have been practiced, and the culture of the peoples who lived here. They uncovered monuments drawn with figures, called Danzantes, as the initial theory was that they depicted dancers due to their weird leg positions. Now the theory is that they represent captives being castrated and readied for sacrifice. What do you think? 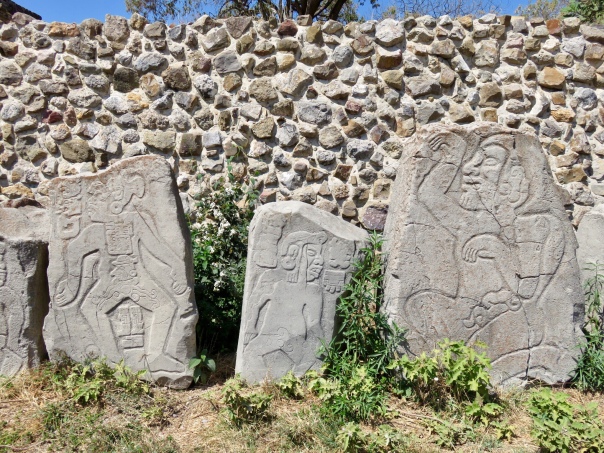 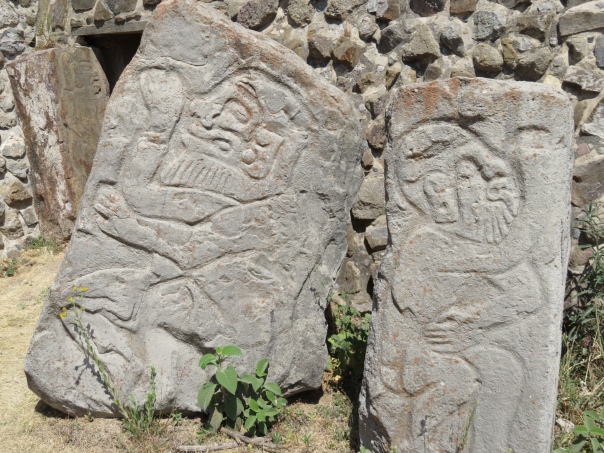 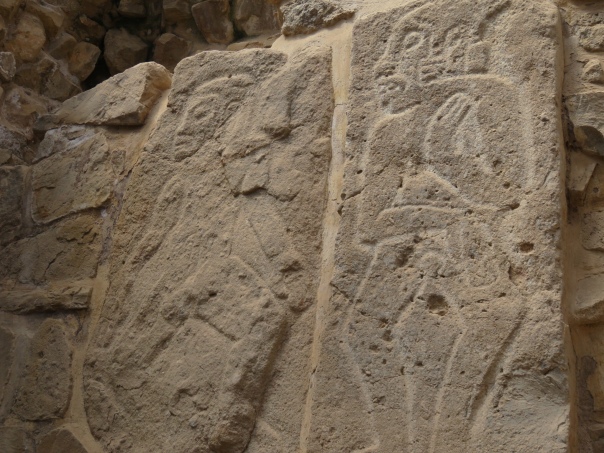 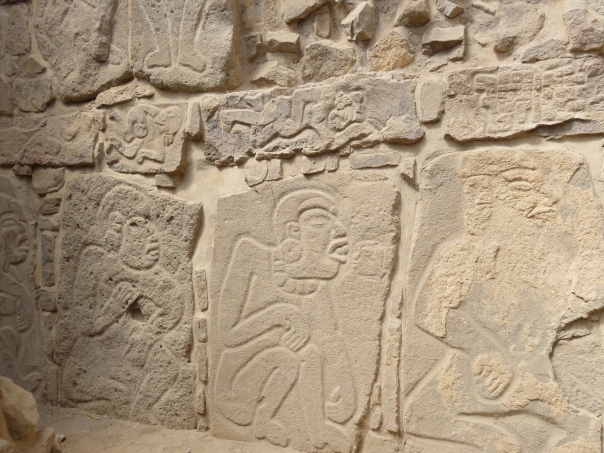 There are other figures, wearing armor, carved upside down. These are believed to represent tribes that were conquered. 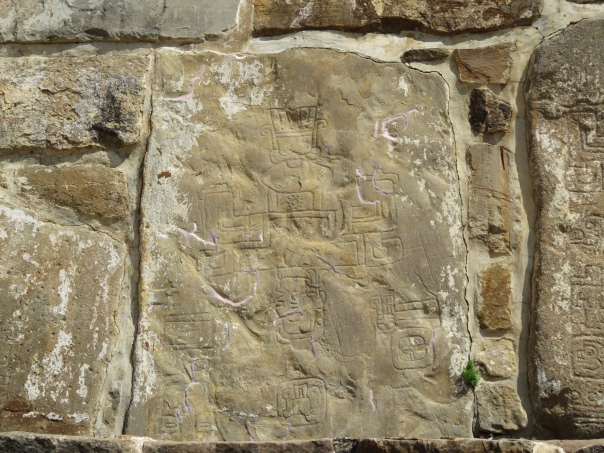 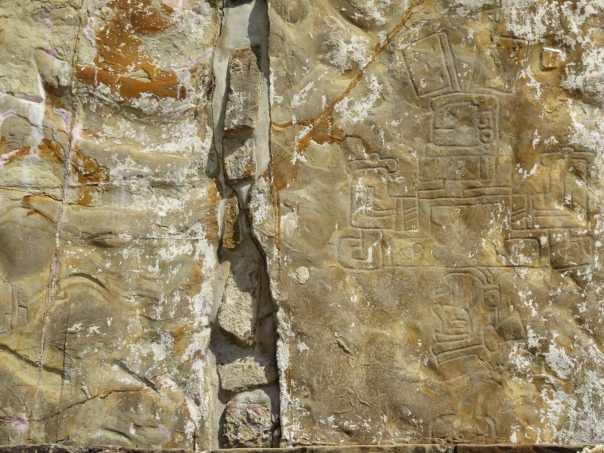 Still others were originally called the Swimmers, but are now believed to represent human sacrifices. 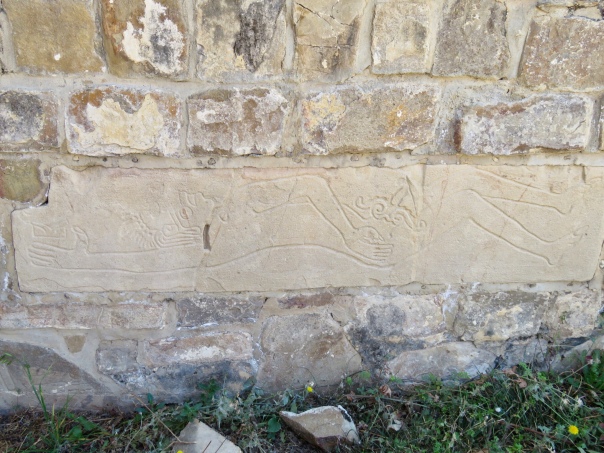 The buildings are huge. Here is a stairway up one of them. Look at how small the people are at the top. See Jim jogging up with his red backpack? 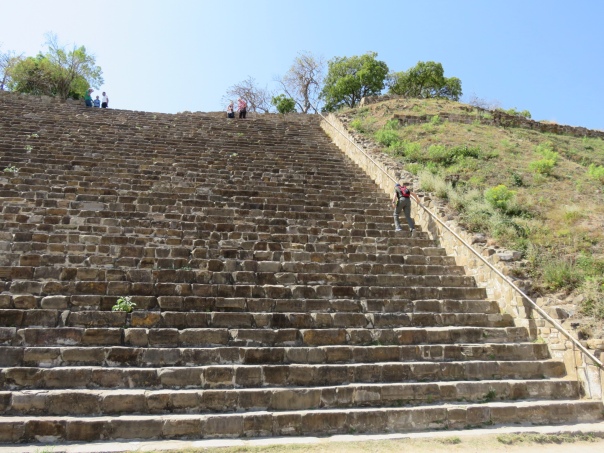 View from the top – see how tiny the people are on the far side of the plaza? 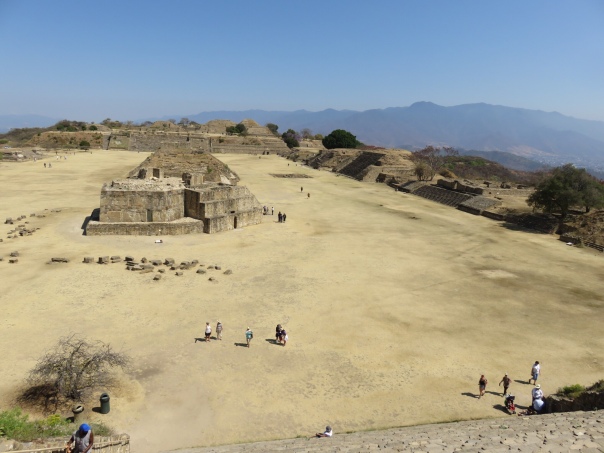 This was believed to be a stadium where some sort of ball game was played competitively. 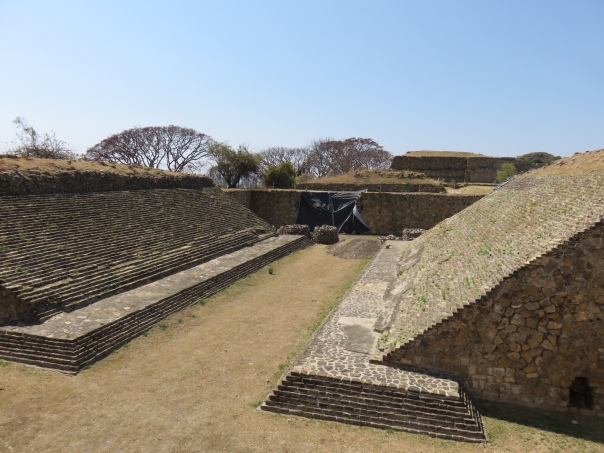 There is also a museum that showed some of the neat stuff they found in the buildings: 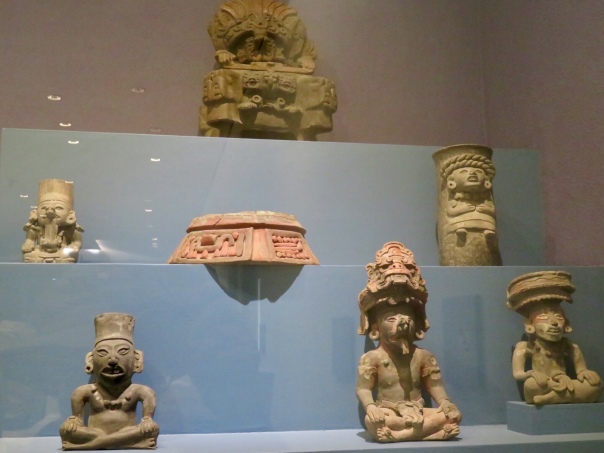 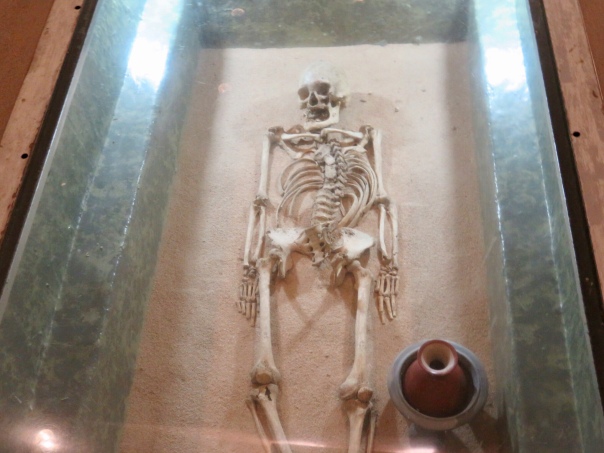 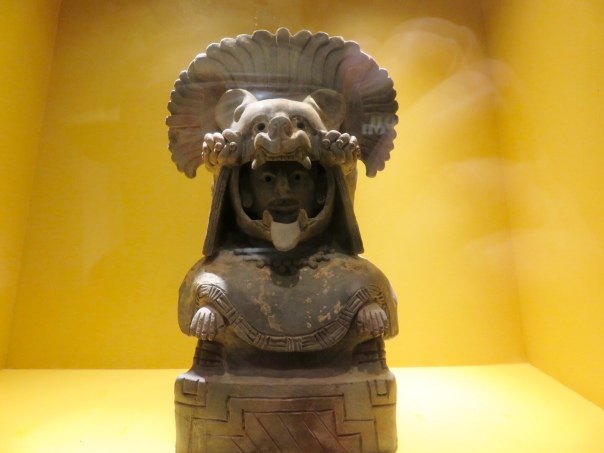 If you go, bring a hat, drinking water and sunscreen – there is not much shade! Definitely a worthwhile way to spend a day!