June 20 – We walked into the city of Santiago de Compostela yesterday morning, drenched with sweat, smelling a little gamy, with backpacks, walking sticks and face-cracking smiles.  Pilgrims and tourists crowded the narrow streets, then spread out in the big square.

As we walked toward our pension, an English woman looked at my sweaty self, gave me a thumbs-up and said, “Well done!”  I burst into tears, of course. I am so happy to be here!  1000 kilometers – my toenails will never be the same, but we are strong, we had no injuries, and we had the best time ever!

After getting our Compostela completion certificates from the pilgrim office, we, like everyone, went to the cathedral.  The city of Santiago really revolves around this place.  At the end of our third Camiño, visiting the cathedral was like coming home. 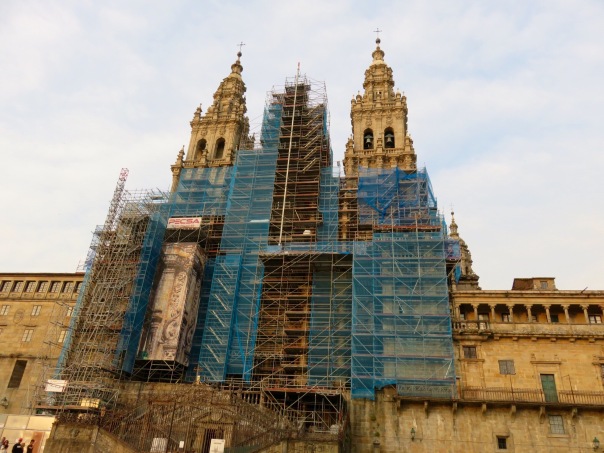 Every time we have been here, the cathedral has been covered in scaffolding.  They are trying to preserve this place for future generations of pilgrims.  Many of the external images are deteriorating: 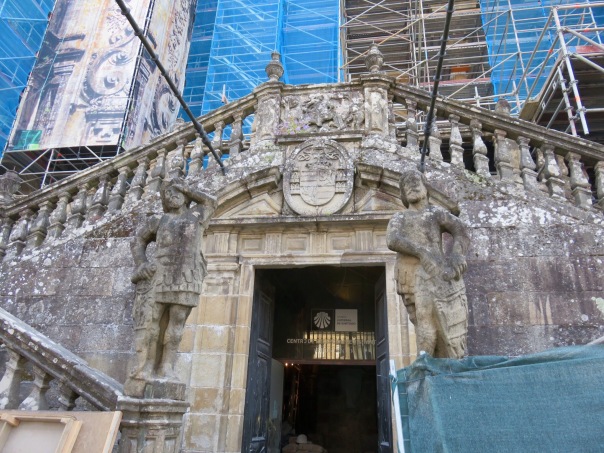 You can see which ones have been replaced.

…and his bones still rest in the crypt below. 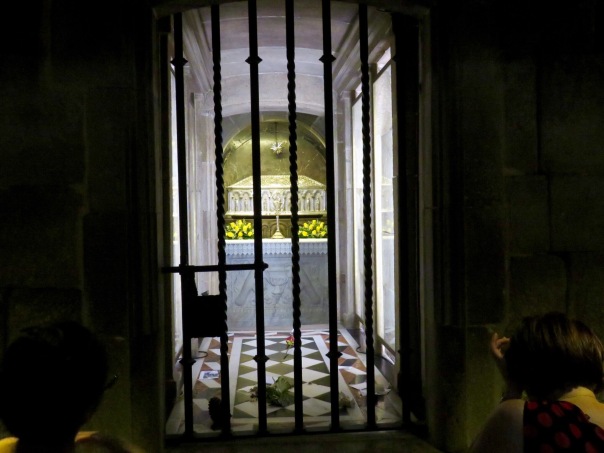 As pilgrims, we walked to the bones of St. James the Apostle in intercession for several of our loved ones who are going through difficult times.  We thought about you every day as we walked.  Your hopes and prayers have been laid at his feet.  May you derive strength and peace from this knowledge.

We climbed the steps behind the altar to embrace the Saint.

We attended the daily Pilgrims Mass, heard our country and route called out in the Prayers of the Peregrinos, sang Ubi Caritas, and watched the grand Botefumeiro swing through the pilgrims, delivering sweet incense as a powerful anthem filled the worship space.  Although cautioned in four languages that this is part of the sacred service and not a show, a spontaneous burst of applause thundered through the cathedral as the last organ chords were played. 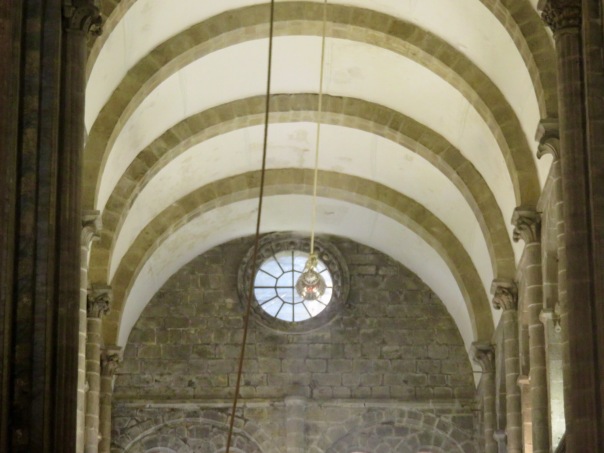 When St James is not shown as a Peregrino, he is often depicted as the Moorslayer, who came on a white horse to lead the Spaniards in successful battle to drive the Moors out of Spain.

Signs of the shell and the red St James cross are everywhere.

Although the cathedral was built in the Roman period, they went crazy with baroque additions.  So many fat little pink cherubs and angels!

Some nice Madonnas too: 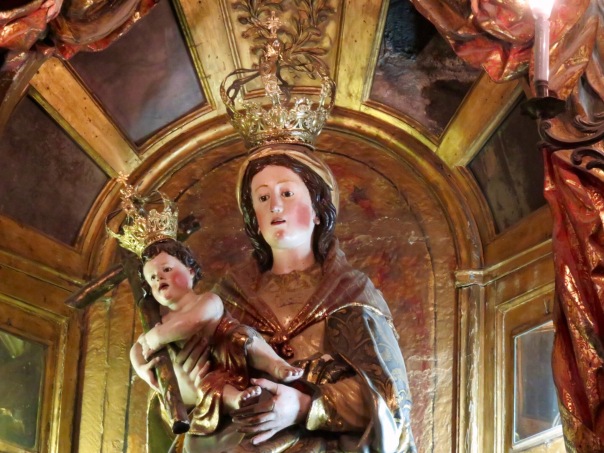 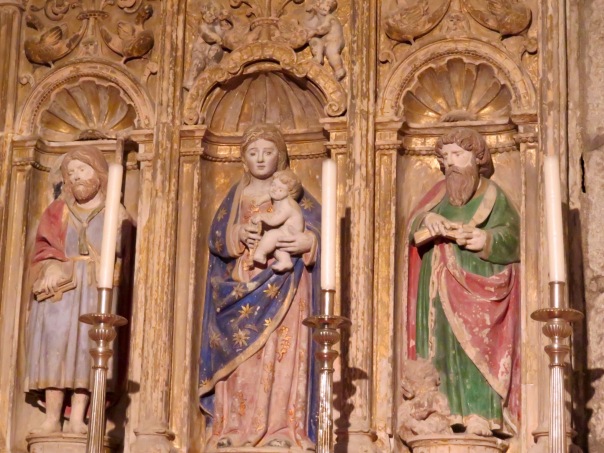 I don’t know why these upside down heads are looking at St Christopher – do you?