May 13 – No rain today!  After our yogurt and strawberries breakfast, we set out for the old city to see the sights.  It’s still cold, and we are wearing all our layers of clothes.

Salamanca has two cathedrals side by side – the Catedral Vieja (old) built in the twelfth century, and the Catedral Nueva built in the 1500 – 1700s (not really all that new).  They are connected inside.  Here is a funny story.  The Cathedrals sustained a lot of earthquake damage, and were being repaired in the 1990s.  A stone mason got permission to add some modern touches to the decorations surrounding the door.

So now crowds huddle around the big red door, looking for the astronaut:

…and the gargoyle eating an ice cream cone:

The astronaut has spawned all manner of internet fake news about ancient aliens visiting Spain in the Middle Ages – there is even an entry about it on Snopes.com.

We toured the new Cathedral first.  Why is it that sculptors have no trouble with Mary, but have such a hard time with Jesus? 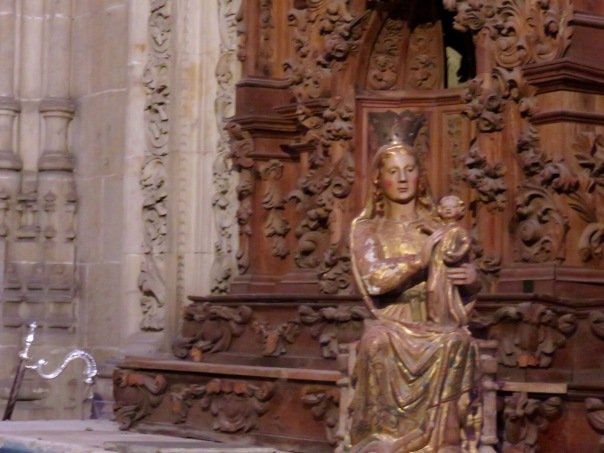 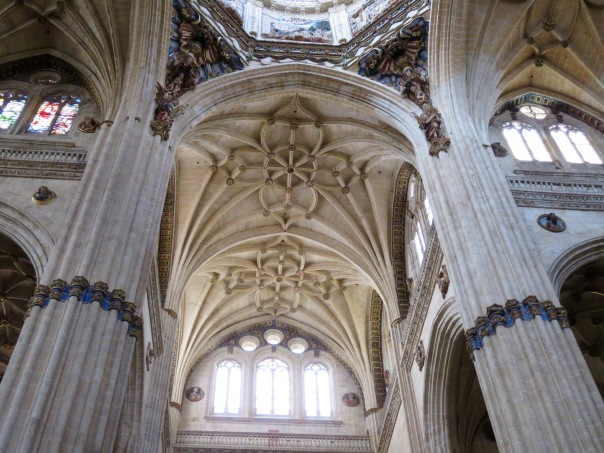 This is the crucifix believed to belong to El Cid:

The Golden Chapel, containing a famous image of Death: 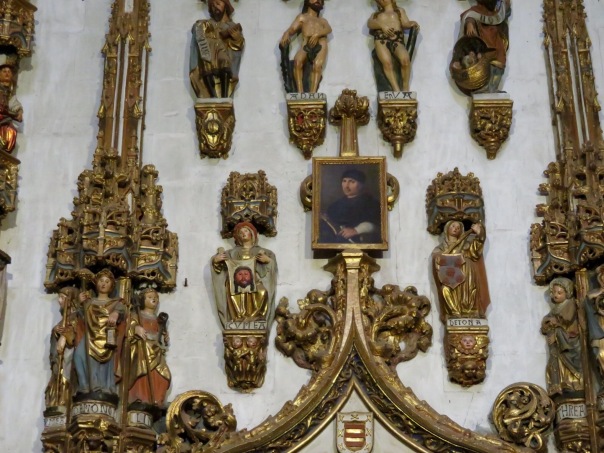 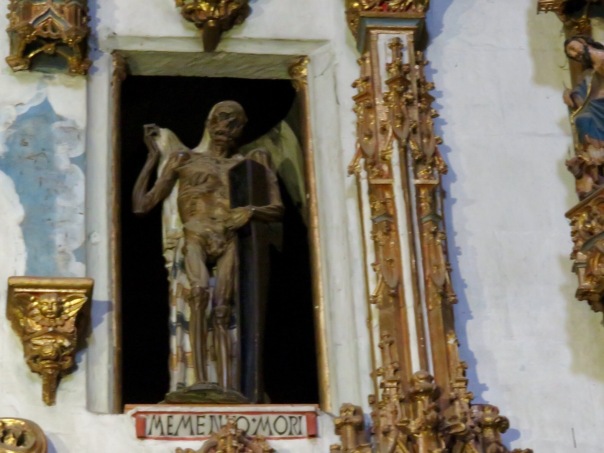 And some frescoes that were discovered when the walls were being cleaned: 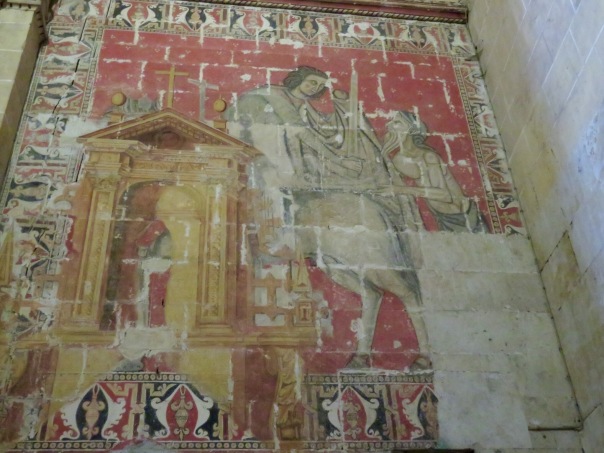 In the Old Cathedral, there is a famous painting of Jesus separating the good from the wicked on Judgement Day (evidently the wicked don’t get to keep their clothes), atop a huge golden altarpiece showing 53 scenes of the life of Christ:

Lots of the rich and famous are buried in the cathedral.  I like the image of dying with a book in my hands. 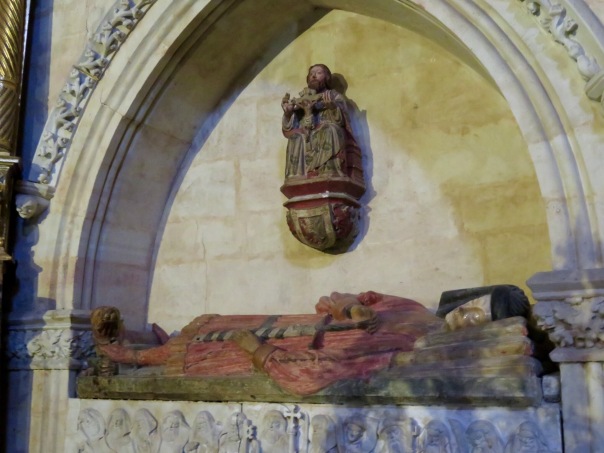 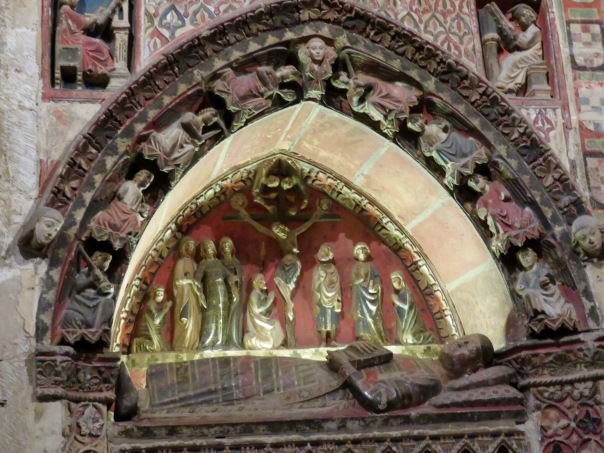 Famous statue of the Virgin Mary of the See – she is curvy and natural, while little Jesus is stilted and stiff: 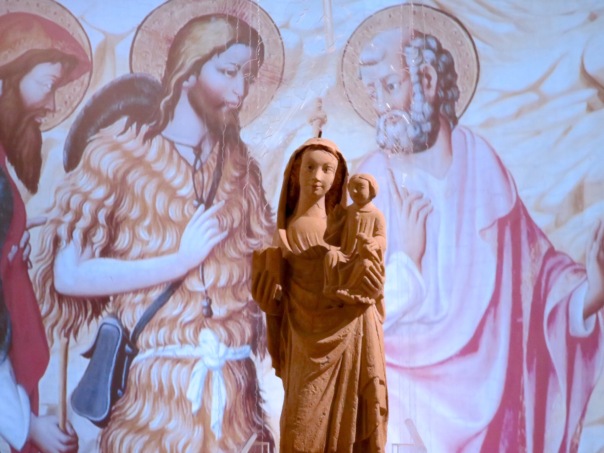 …and the Virgin of the Milk:

This is the Adoration of the Magi – I am amused by the expression on the baby Jesus face (Myrrh?  Really?): 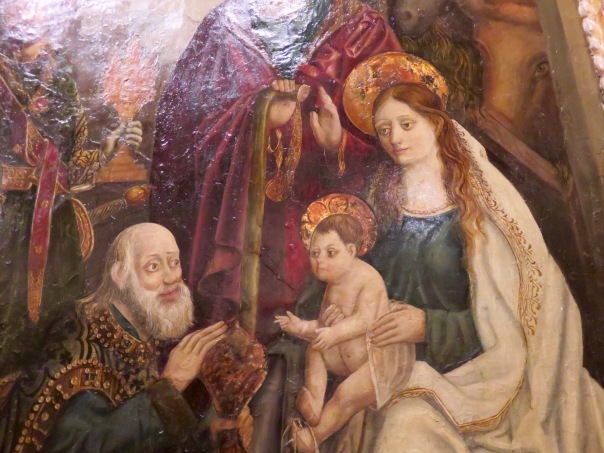 Then we climbed the Ieronimus Tower for a view of the city: 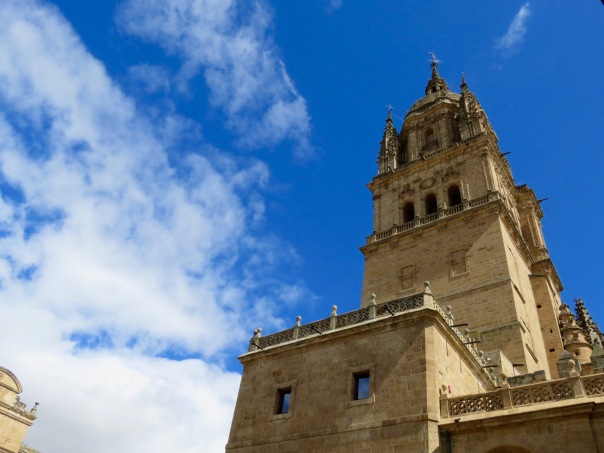 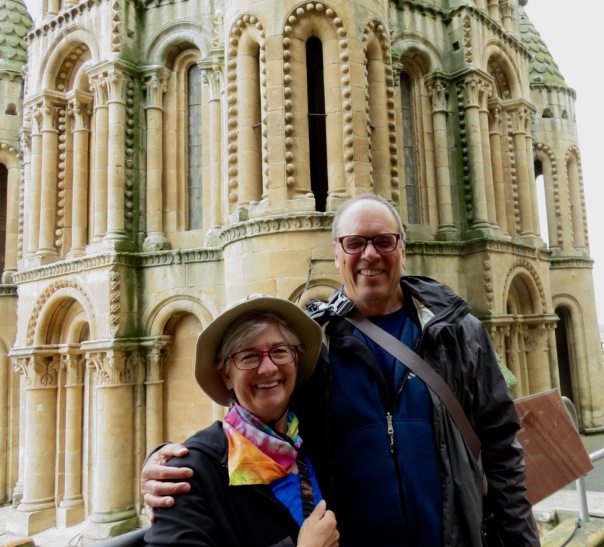