3/22 – So far, we have visited several Buddhist temples.  Today we are going to a Taoist temple, on the outskirts of the city, a half hour’s taxi ride away.

The Golden Temple is located at the top of Singing Phoenix Hill, and is home of the Taoist Hall of Supreme Harmony.  It was originally built in 1602, and has been moved and rebuilt several times.  In the late 1800s, it was rebuilt using 250 tons of bronze, which shines like gold, hence the name Golden Temple.
The temple is at the top of the hill, and is reached by climbing a series of marble staircases.  Up, up, and up some more!  There’s a lift that looks like a roller coaster car for those who don’t wish to tackle all the steps.  Lots of souvenir and snack stands, and one very photogenic camel, who turned to face whoever wanted to snap a picture of him (her?).

The hill is famous for its camellia and azalea gardens, and we got to see the last of the Japonicas in bloom. 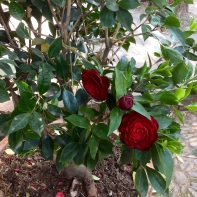 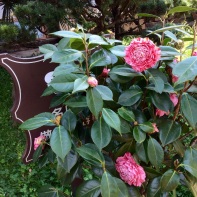 Also, a lovely arbor of lilacs. 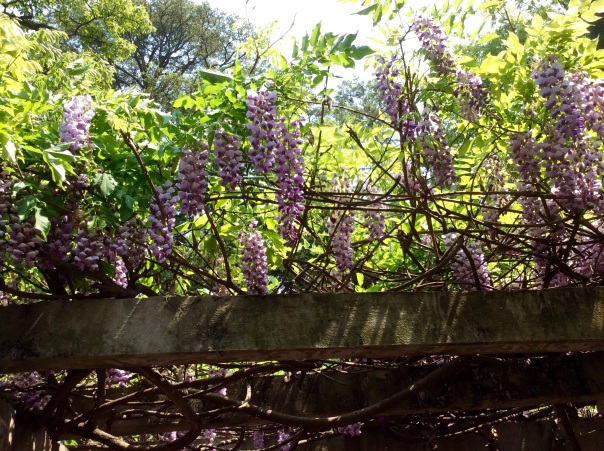 Some folks practiced their music, while others listened.

There were tranquil ponds, and a statue of Kwan Yin, Goddess of Mercy. 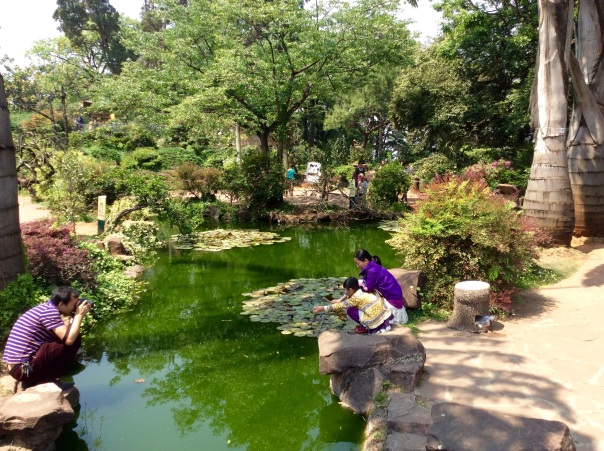 We climbed the bell tower, where folks queued up to ring the bell for luck.

From the tower, we looked out over the smoggy city. 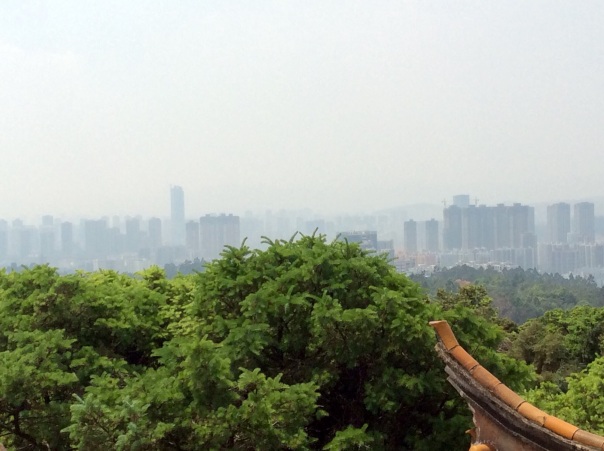 Not sure who this guy is…

2 thoughts on “Kunming – the Golden Temple”