We leave the Arbel Guesthouse to walk to Tabgha, Israel, continuing our hike on the 40 mile Jesus Trail. 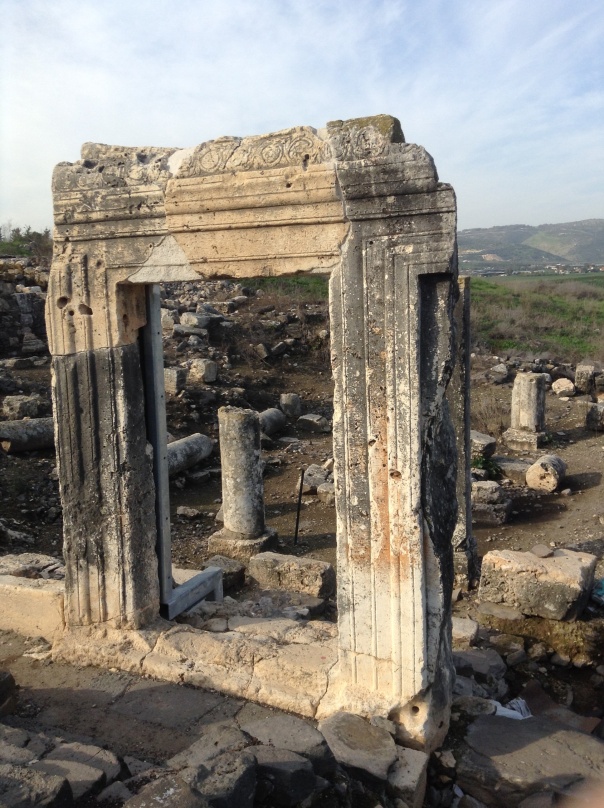 We pass the ruins of the Roman/Byzantine Synagogue of Ancient Arbel, one of the oldest synagogues in the world. The synagogue door, carved from a massive natural limestone outcropping, still stands. 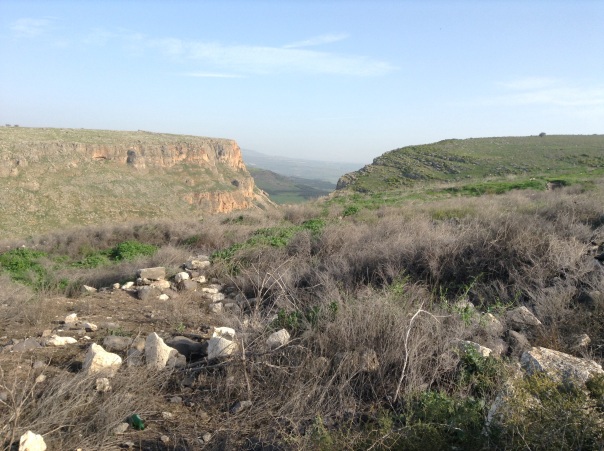 The synagogue has a view of the Arbel Valley, where, according to one Jewish tradition, the Messiah will appear.

We take the Gospel Trail through the valley rather than walk down the steep Arbel cliffs.

We encounter many cows along the trail.

There are caves in the hillsides. The ancient historian Josephus (39/40 BC) tells of Herod the Great rooting out Hasmonian rebels from these caves by lowering soldiers in baskets, killing resisters, and building fires in the cave openings. Although Herod offered terms of surrender, the rebels chose suicide. Josephus tells of one old man, father of seven children…