1/3 – Today we walked around the Old Town, known as the Kaleiçi, (the letter ç is pronounced ch) with buildings dating from the second century BCE.

Our hotel is right near the old Clock Tower, where horse-drawn carriages are waiting for tourists.

The old men of the town congregate here.

A gate in honor of Emperor Hadrian’s visit to Antalya in the year 130 was reconstructed here.

There’s an old Roman temple that became a Greek Orthodox church and then a mosque, which was destroyed and not rebuilt. It’s known as the mosque with a broken minaret. 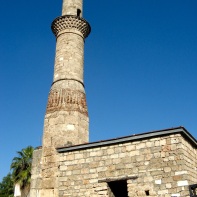 Lots of statues on the streets – some serious, some quirky. 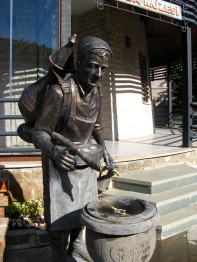 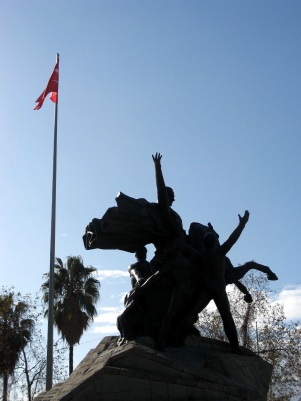 Lots of shops with men sincerely encouraging us to buy their stuff. The default tourist language here is German. There is an old bazaar, a tiny version of the one in Istanbul.

We ended up down by the gulf, watching the ships and the turquoise water. 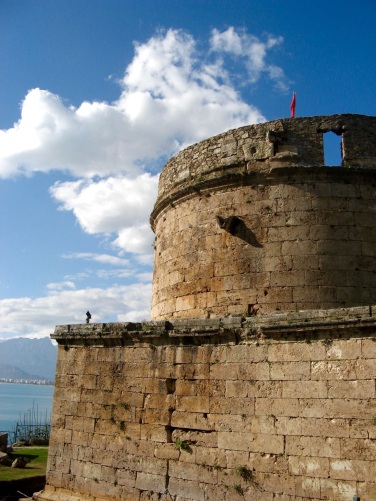 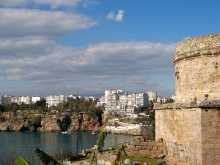 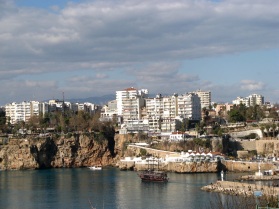 1/4 – We took a harbor tour on a boat that paid homage to the Johnny Depp pirate movies. 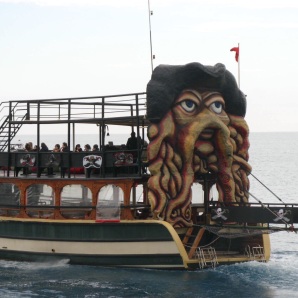 We were promised a waterfall, and a pirate cave. 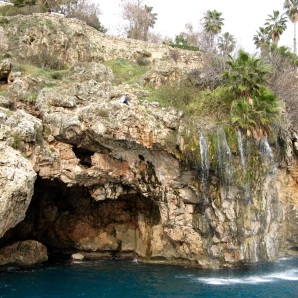 A nice chance to contemplate the mountains, although the sky grew overcast as we left the shore.