12/6 – With heavy hearts, we packed up this morning for our last day in Istanbul. We ate one final lunch at our favorite hole-in-the-wall restaurant, and bade farewell to our pension hosts. We gazed at the Blue Mosque and Hagia Sophia one more time, on our way north to the ferry terminal. When we step onto the ferry at Eminönü, we will officially be leaving Europe.

The ferry took just 15 minutes to cross the Bosphorus, and when we stepped off the gangplank in Kadikoy, we were in Asia. It was still Istanbul, but it is the start of the next chapter in our journey.

It took us a little while to find the 16D bus that would take us to the Pendik station 25 Kms east of Istanbul. We had originally planned to take the Metro until the end, then a short bus ride to the train station, but two Information Desk folks suggested that this one bus would get us all the way there.

This info was correct, but it was a two and a half hour ordeal in a double decker local bus that stopped on every corner, and tested human ability to squeeze together in tight spaces. I was trying to see the names of the bus stops, a futile effort, so we would know where to get off. Eventually, I asked a young girl if she would let us know when we reached the right stop. Although she had no English, and my Turkish is not improving, she understood and agreed.

We reached Pendik around dusk and went in search of food. A chicken donar sandwich that cost 5 tl in Istanbul only costs 2 tl here, and comes with a complimentary container of Ayran, the salty yogurt drink so popular here. I’m slowly developing a taste for Ayran… We ate and bought fruit and snacks for tomorrow.

The Pendik to Eskisehir train was a new, high speed deal that only made a few stops. We left at 19:20 and arrived at 21:50. We waited on the platform for our next train, which was due at 22:25. We met an American couple from Maine and their lovely 9 year old daughter Florence, who were visiting Turkey for six weeks.

This sleeper train was a real step up – the compartment was just for the two of us, and contained a table, a sink, real towels, and a fridge with water, sour cherry juice, pretzels and chocolate bars. Our upper and lower bunks (Jim took the upper) were already made up and ready. We gratefully collapsed into bed and got a pretty good night’s sleep.

After our fruit and chocolate breakfast, we reached Izmir at 10am. We then took a local train to the Havalimani Airport stop, where we bought a ticket for the 11:45 Dinizili train that will take us to Selçuk. That train took about an hour, and was another testament to people’s ability to squeeze together. We had to stand cheek to jowl the whole way, and fight our way off the train.

But we made it! So, after 24 hours of traveling, we are here, a stone’s throw from the ruins of Ephesus, some dating back to fourteen centuries BCE. The temperature is back in the 60s, and citrus and olive trees grow on the Main Street. Life is good! 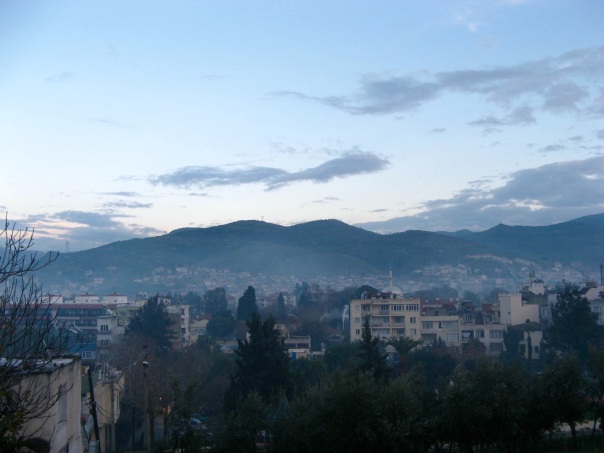 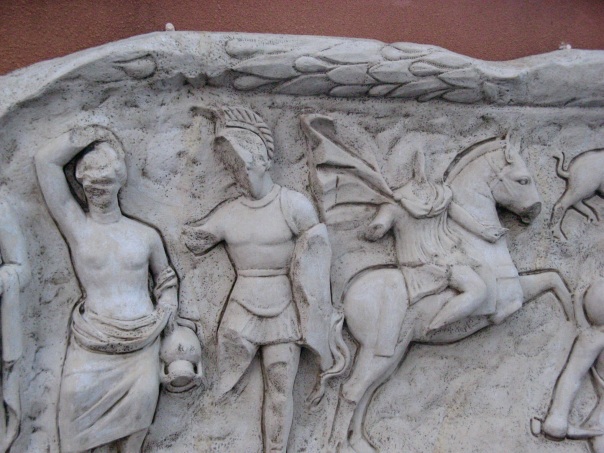