Salerno is a city with a busy port, a long boardwalk for sightseeing, and an upscale shopping area for tourists. The downtown streets are decorated with tinsel year round. 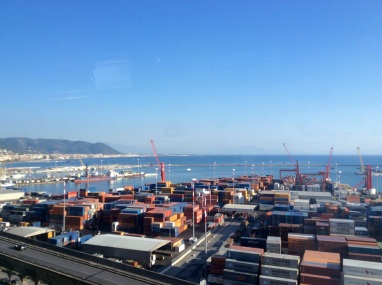 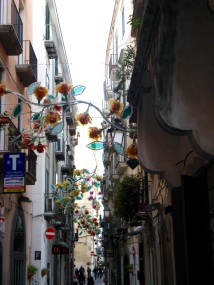 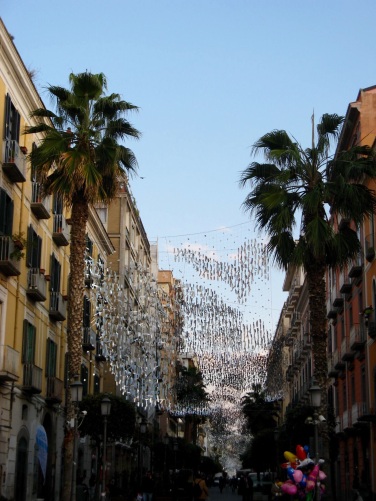 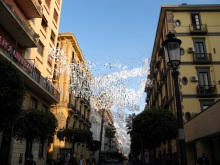 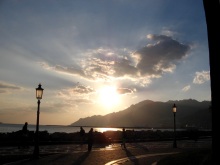 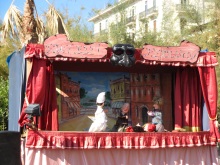 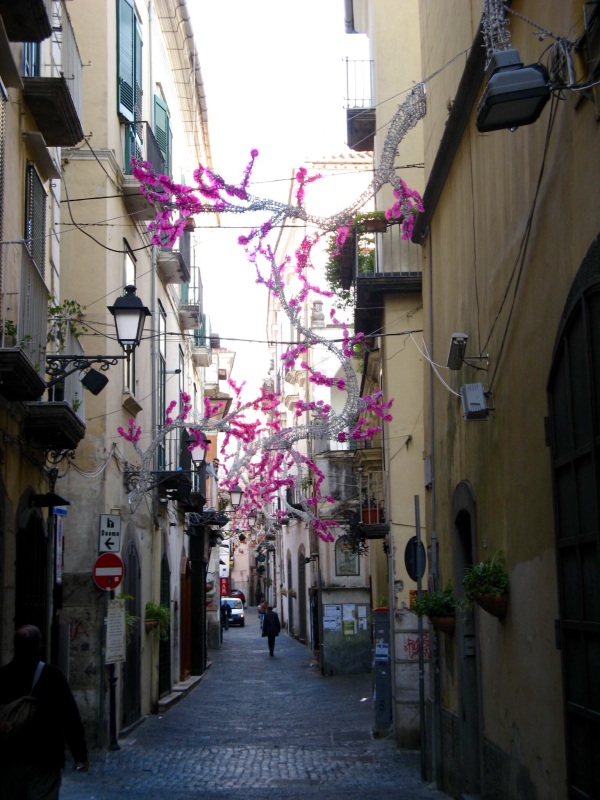 Our quest today is to visit the Salerno Cathedral, called the Duomo, to see the tomb of St. Matthew.

Jim scored another wonderful apartment with a full kitchen, so we will be eating well for the next few days. The only hitch is that, not only does it not have wifi as promised, but it is in a dead zone where our phone doesn’t work either. You don’t realize how much you rely on technology until you don’t have it! Even when we walk down the block there is no phone reception, but the apartment is nice, despite what it says on the door: 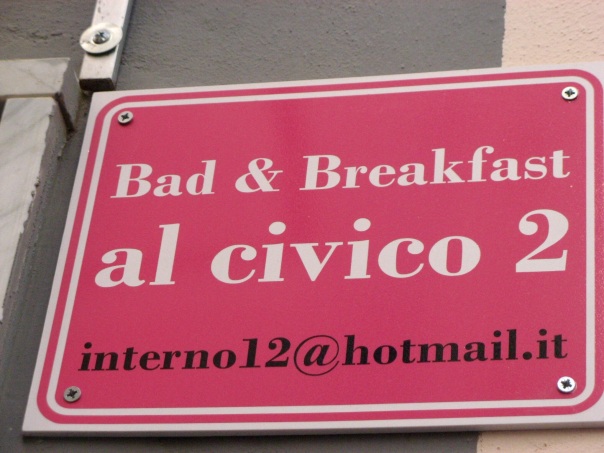 We found the Cathedral, which dates from 1058. There is an outer courtyard: 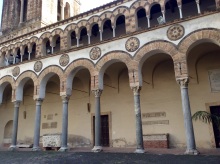 Inside there are three altars in the front, and chapels along both sides. 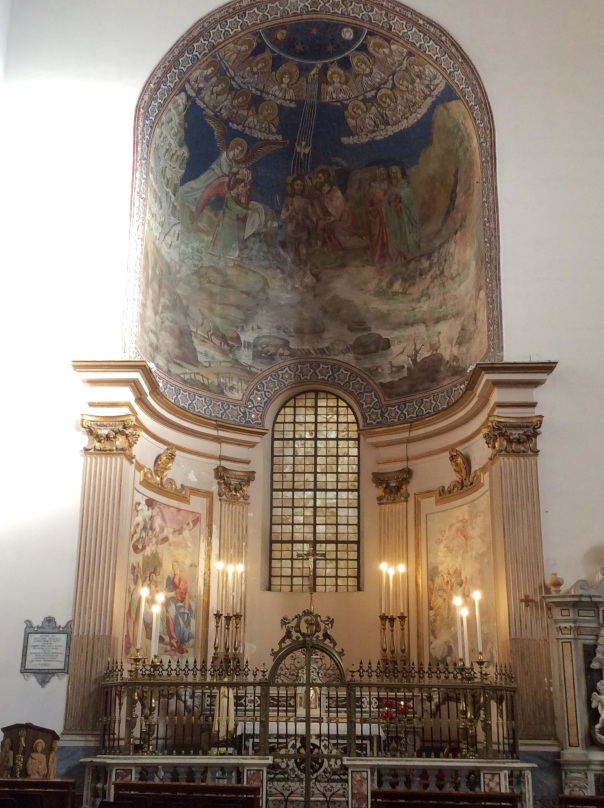 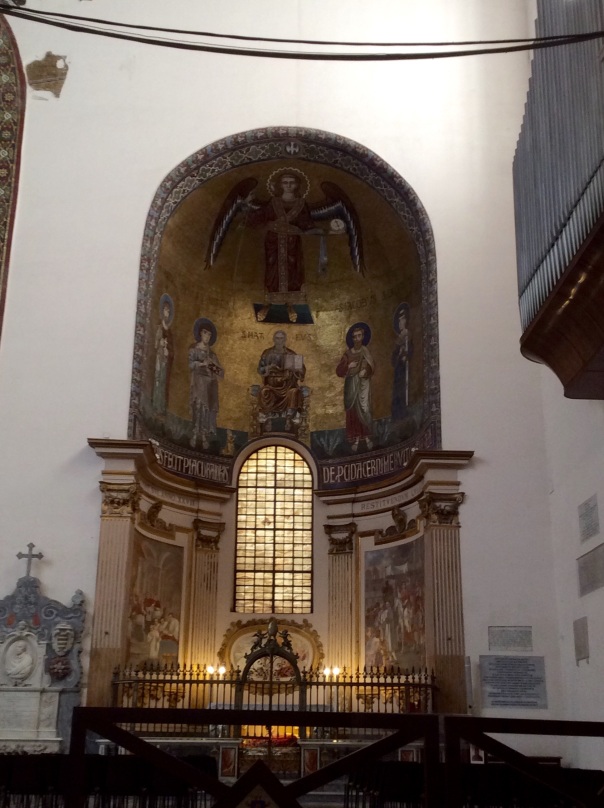 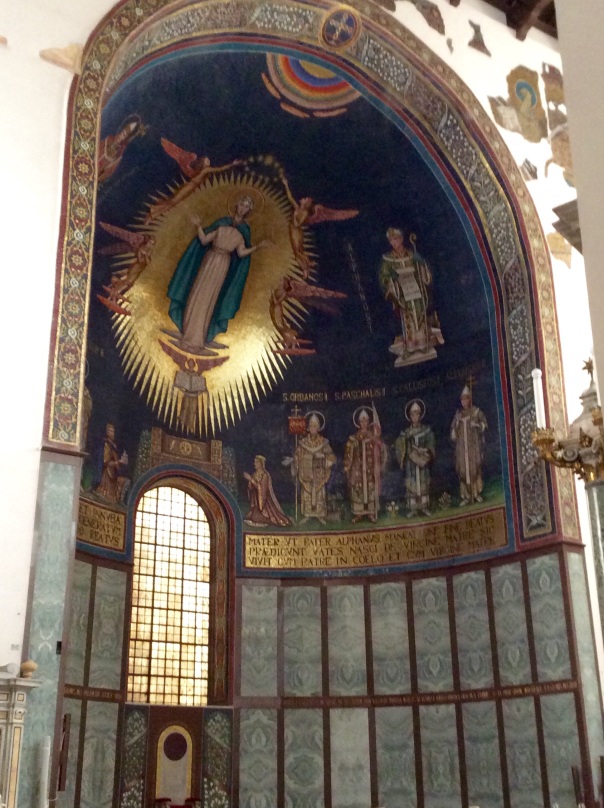 We read the plaque for each chapel and sarcophagus, but found no mention of Matthew. Then we found the stairway down to the Crypt.

As big as the Cathedral was above, the crypt stretched out below, totally covered with frescos depicting scenes from the life of Christ, and edged in gold. 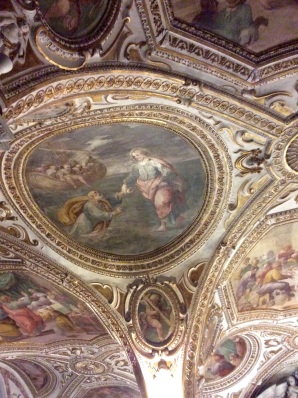 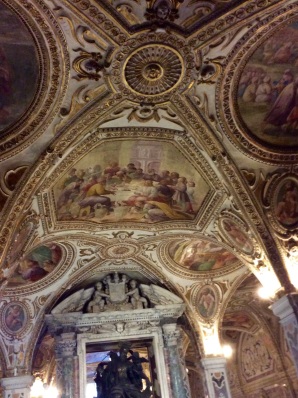 In the center was another staircase down to an altar with a window in the middle, showing the dirt on which the church was built. This is the tomb of Matthew. 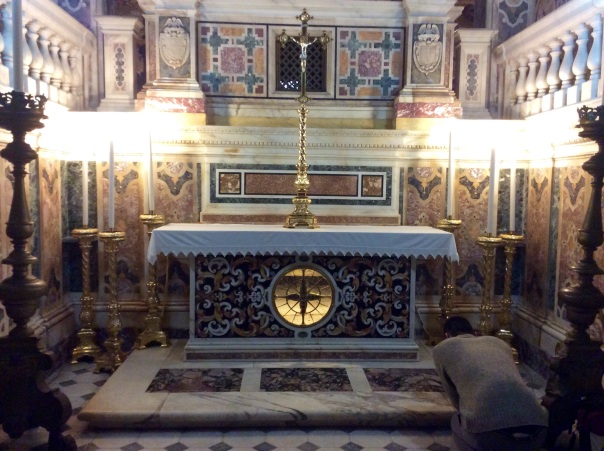 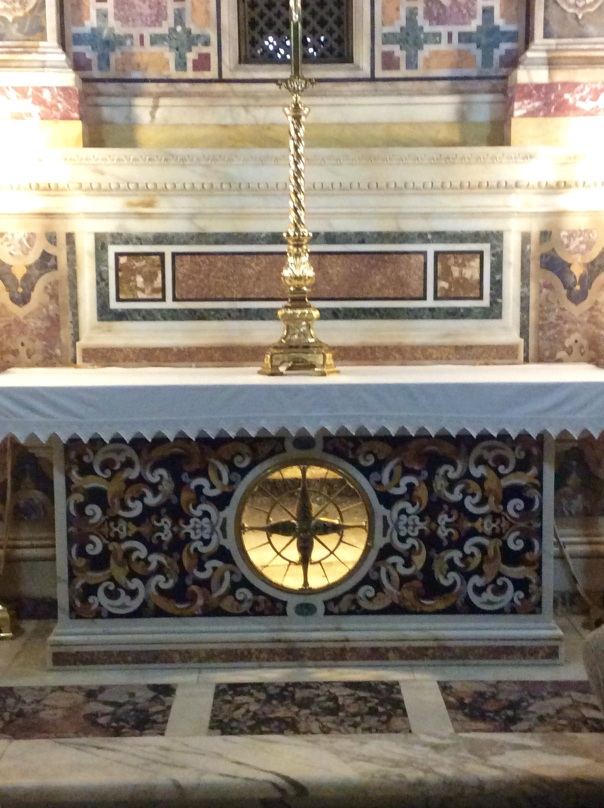 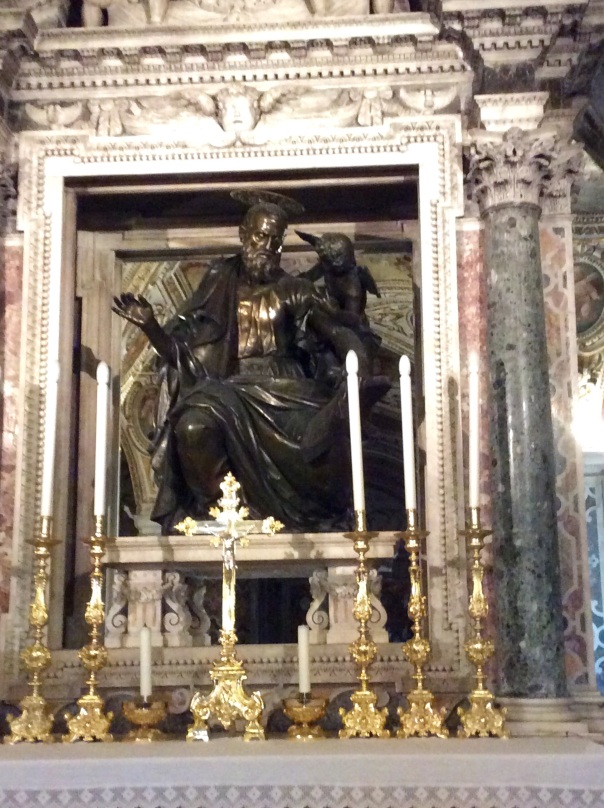 Although it didn’t rival the churches of Rome in size or splendor, the crypt was one of the prettiest places we’ve seen. A good day.

As an added bonus, here are Halloween pix of my two favorite girls – a Kitty and a Cat: 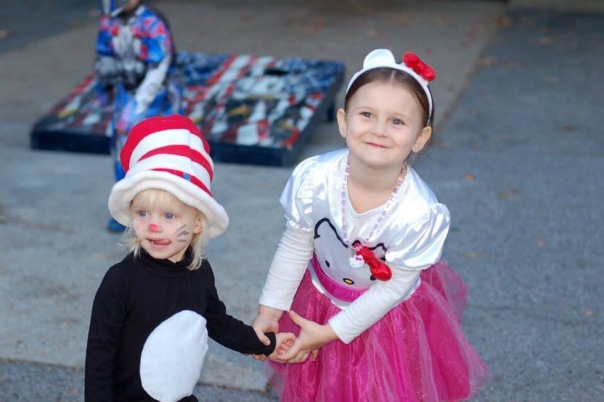