10/28 – so now we are in Rome, the Eternal City. We have come here primarily to see beautiful old things, and to track down the tombs of Jesus’ Apostles. Here is our story.

When we visited India in 2008, our tuk-tuk driver took us, unbidden, to the Cathedral of St. Thomas, to see the tomb of Doubting Thomas, the twin, in Chennai.

Then in 2011, we walked our first Camino to Santiago, to the Cathedral containing the bones of St. James the Greater, son of Zebedee. At the time, we joked, “two down, only 10 more to go!”

As we contemplated this year’s trip, we realized we could actually plan to visit the rest of the Apostles’ tombs, to the extent that they are known, so we decided to do just that. There are many challenges with this quest. Saint bones have been traded throughout Christendom for two thousand years, and the more important the saint, the more pieces were distributed. Many churches have parts of so many saints (and popes and bishops) their names aren’t even identified. Tombs were raided and artifacts were captured or hidden or smuggled out in wartime. Many bones, like St. James, were discovered miraculously, hundreds of years and hundreds of miles from their previous location, so there’s no chain of custody that would hold up in court. And we have not done scholarly research on the various claims; we are accepting information found online from various sources. So…

So, this morning we started out for the basilica Santa Maria Maggiore, which is purported to have been built on the site of the tomb of St. Matthias, the Apostle who replaced Judas after the betrayal. Here is the church:

This church’s most sacred relic is several pieces of wood from the manger used by baby Jesus, kept under the main altar: 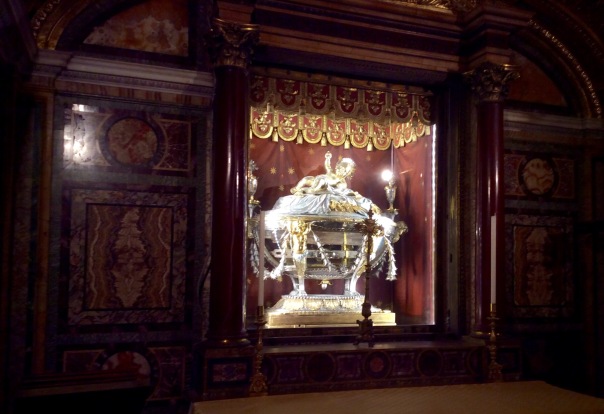 The tomb of St. Jerome is here also:

We found nothing about St. Matthias, so we asked at the museum and in the bookshop. Yes, we were told, his bones are under the church. No marker, crypt or plaque. Nothing to see. Not a very satisfying response! There are two other places that claim St. Matthias: one in Germany, and one in Georgia. We may have to keep looking.

Right down the road is the basilica of St. Peter in Chains, San Pietro in Vincoli. Under the altar are the chains that miraculously fell away from Peter when he was imprisoned:

There are no Apostles here, but church is best known for displaying Michelangelo’s Moses, and Michelangelo is one of my favorite people, so I didn’t want to miss out: 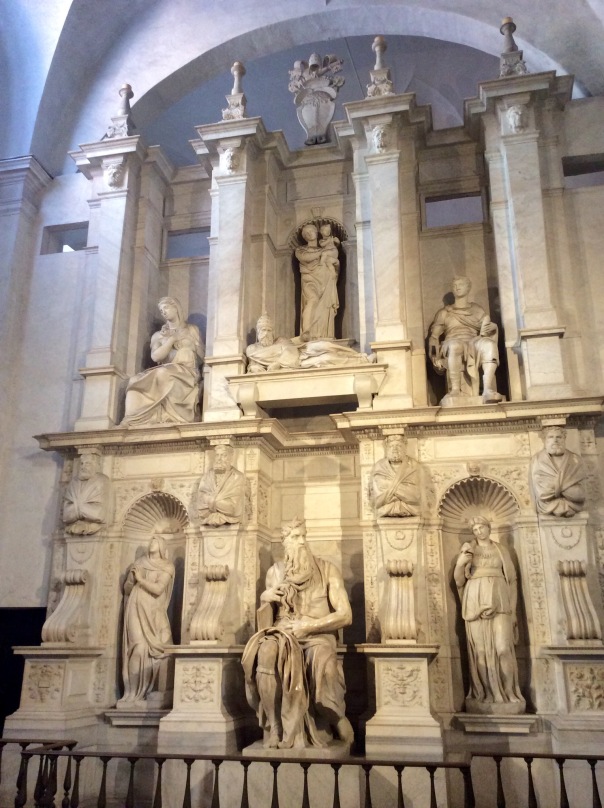 Our last stop for the day was Santi Apostoli, the Church of the 12 Apostles, where St. Philip and St. James the Just (or the Less, or the Younger), brother (or cousin) of Jesus, are entombed. We got to the church at 2pm, to find that the doors would not open until 4. We had lunch and waited. Here is the outside of the church, and a statue dedicated to Michelangelo: 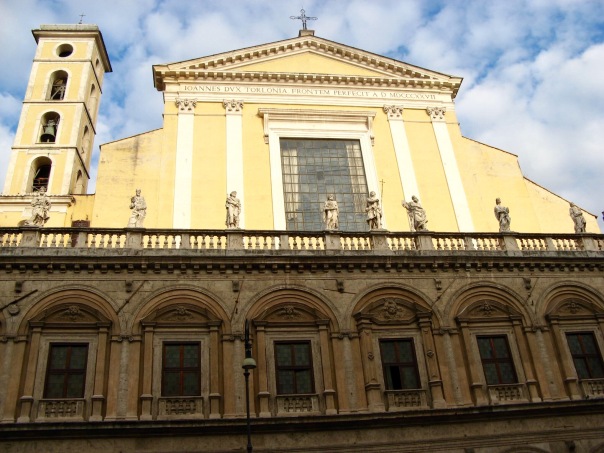 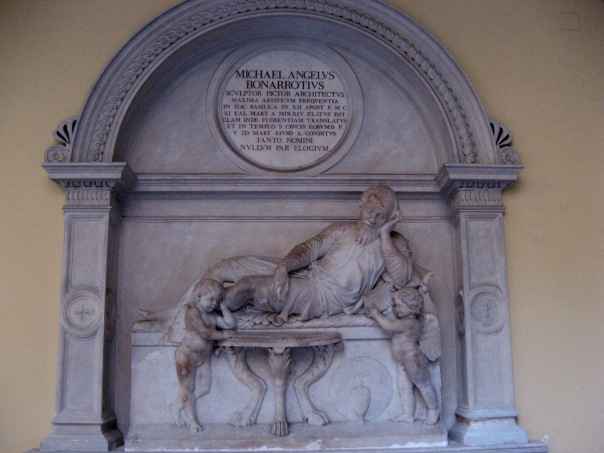 A little after 4, the doors opened, and the six of us who were waiting were ushered in. Right below the main altar, clearly marked, was the combined tomb of Philip and James: 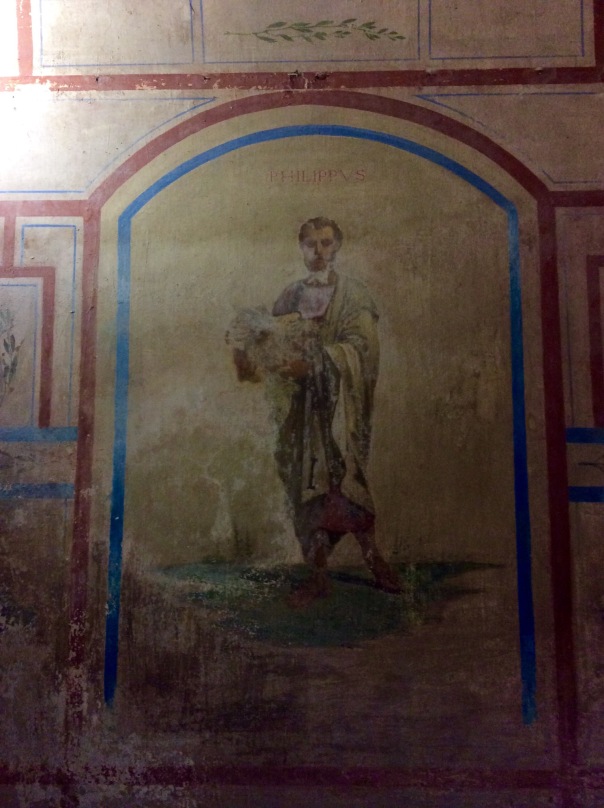 As we gazed, the young woman who entered with us started singing a simple hymn in a Scandinavian language, in the clearest, purest soprano you can imagine, her notes echoing through the silent space. It was a goosebumps and tears moment. We sat, and listened, and were thankful.

2 thoughts on “Our Quest in Rome”