9/13 – Ave Maria got us out of bed and back on the road. There was no kitchen in the hostel or cafe in town, so we got a sluggish start, but we don’t have far to go today.

We came upon a little hamlet that claimed to have the actual road where St. James had trod, and there we met a lady out walking her three goats. She graciously allowed me to take her picture, and is my Nice Person of Portugal today. 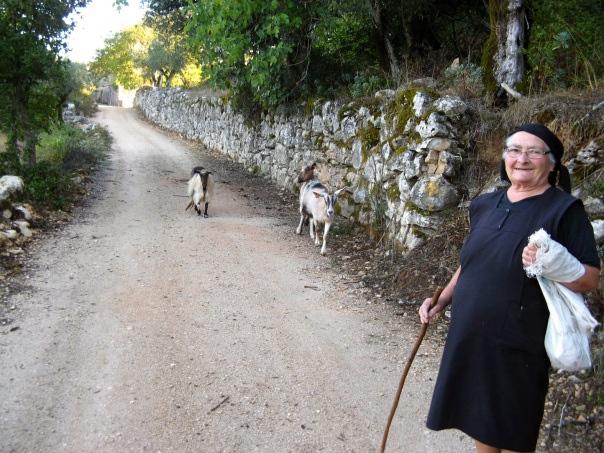 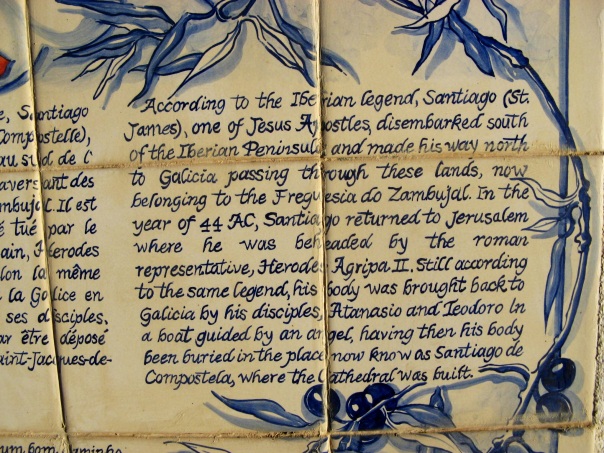 A Belgian pilgrim named Jacques caught up with us, and he and Jim talked economics and politics for a while. This was his second Caminho, having walked through Belgium, France and Spain two years ago.

We parted ways as we approached the town of Coimbriga, where we detoured to see the oldest Roman ruins in Portugal, where objects have been found dating from the 9th centurny BCE. 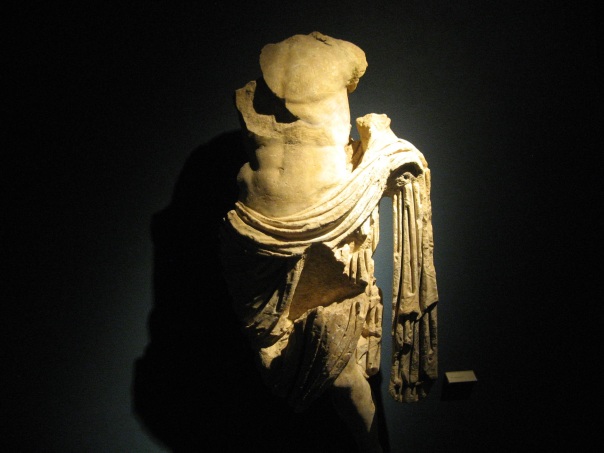 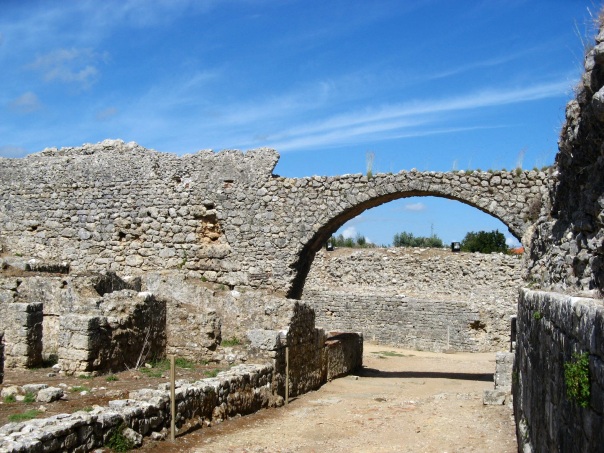 I especially liked the intricate mosaic floors of the homes, which were intact and still beautiful after so many years. 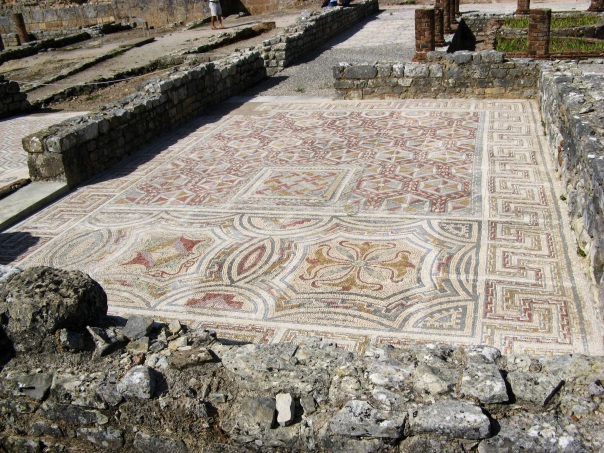 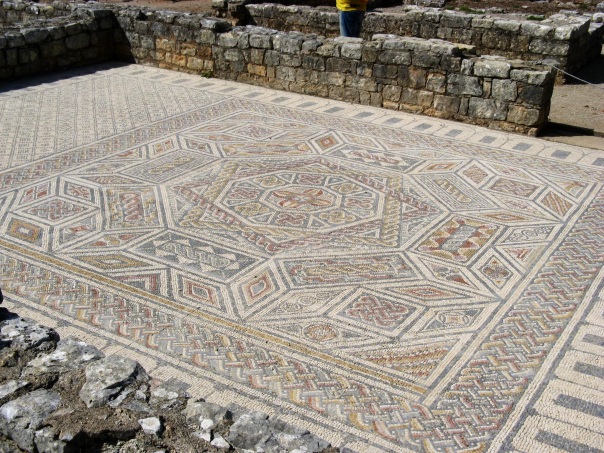 One house had patterned swastikas on the floor. I wonder what the symbol signified back then? The excavations began in 1898, and are ongoing. 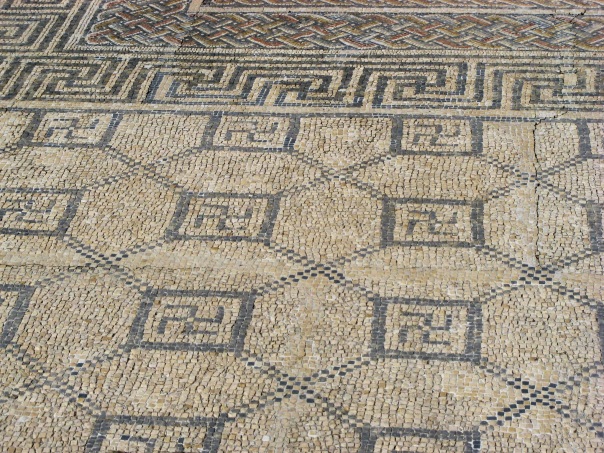 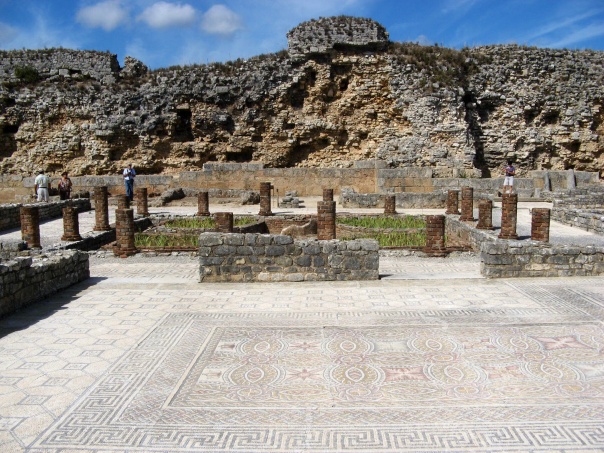 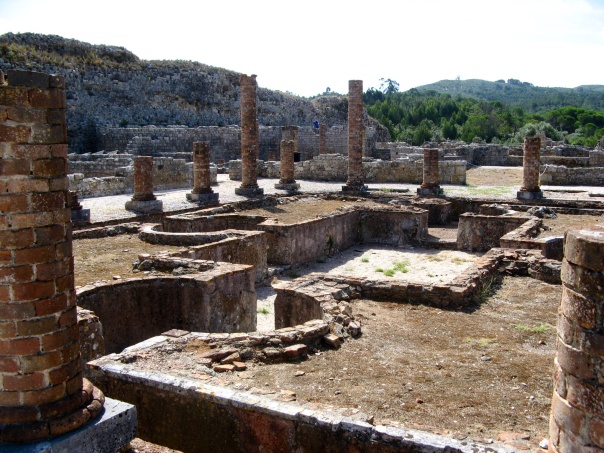 From Coimbriga it was just a few kilometers to Condeixa, where we are spending the night at Residencial Ruinas. There we saw an artist’s rendering of the House of a Fountains ruin we had just visited, where the fountains still worked. I’m happy to report that it was a very nice place, not the ruin implied by the name! 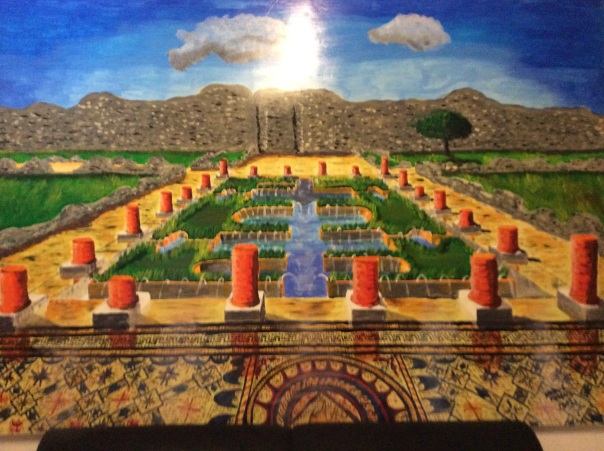 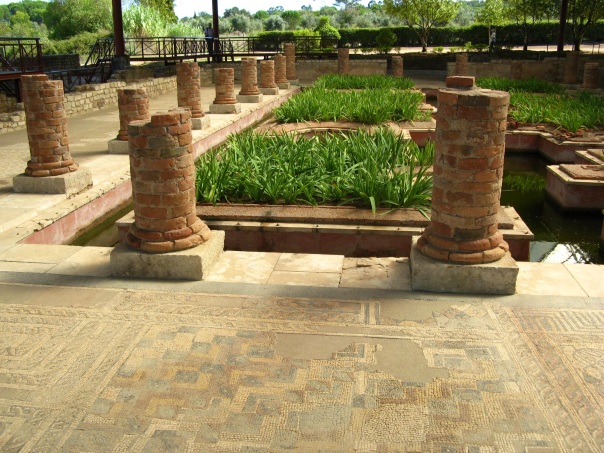 For supper we found a restaurant that served pasta, and I had fettuccine with Parmesan and chicken – what a treat! We’ve had enough pork and fried potatoes to last us a lifetime…